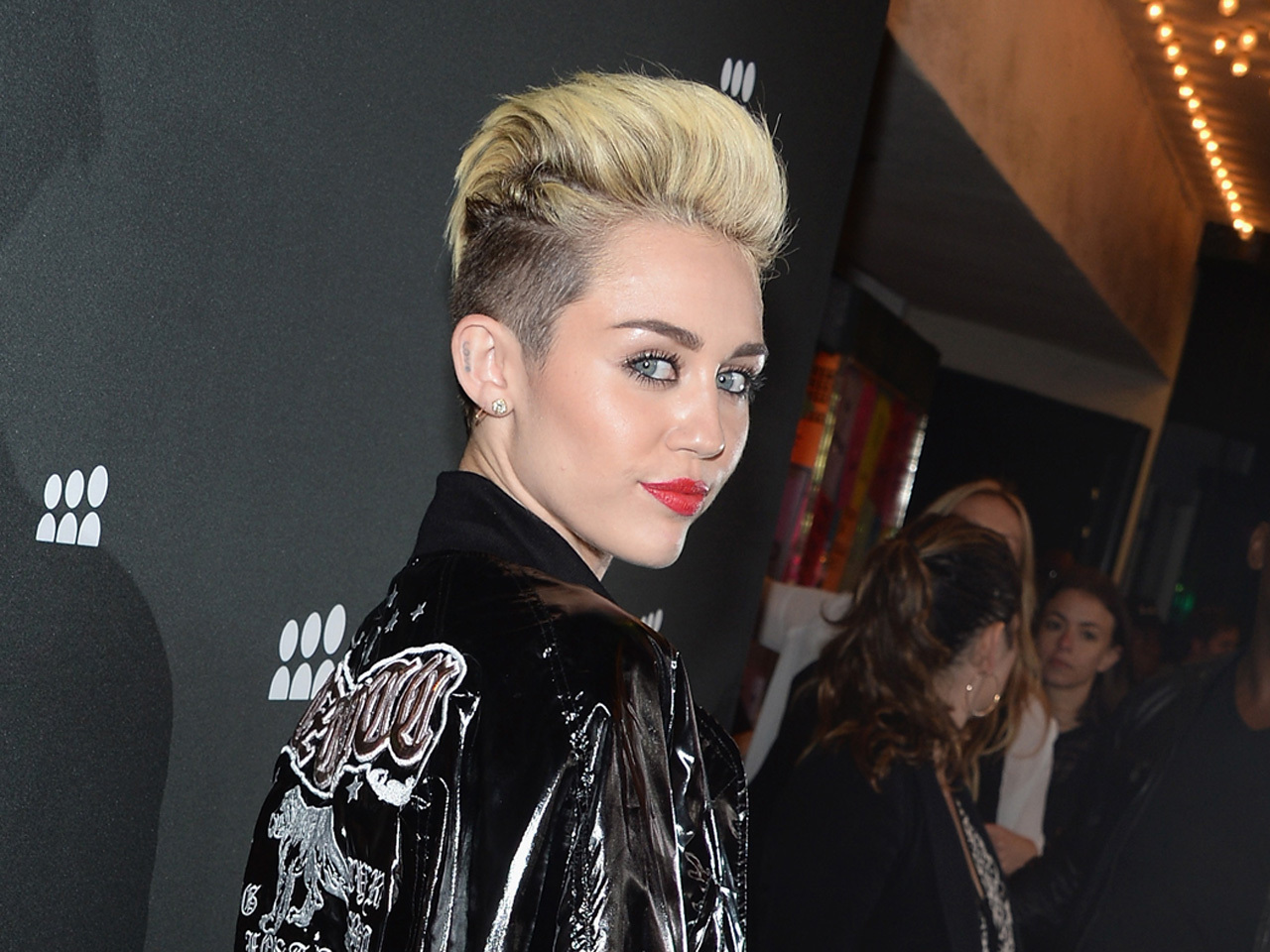 Billy Ray Cyrus says he's behind Miley Cyrus' new song, "Wrecking Ball," as well as the video for the track, which was released on Monday, much to the Internet's delight -- the clip broke the Vevo record for most views within 24 hours.

The 52-year-old country singer told "Entertainment Tonight's" Nancy O'Dell he thinks "Wrecking Ball" is simply a great song, even outside of the much talked-about music video: "I'm a song man. A musician singer songwriter who loves all styles of music. But again...I come from the old school where it starts with an artist and a song...colliding if you will...in a moment where the song, the singer, the producer, the band and the listener become one. It wouldn't have mattered if Miley would have worn jeans and a flannel shirt... a Tux...or a nun's habit. The song's a smash...and her performance vocally on the tune reflects her roots and sheer God given talent."

The video, directed by Terry Richardson, finds Miley Cyrus licking a hammer and swinging nude on a ball. Make that a "Wrecking Ball."

For her part, Cyrus, 20, told MTV News that she wants people to look beyond the "obvious" when it comes to the "Wrecking Ball" video, explaining, "I think the video is much more, if people get past the point that I'm naked and you actually look at me you can tell that I actually look more broken than even the song sounds. The song is a pop ballad. It's one of these songs that everyone is going to relate to, everyone has felt that feeling at one point."

She added, "If people can take go into their imagination a little bit and see kind of what the video really means and the way it's so vulnerable and actually if you look in my eyes I look more sad than my voice sounds on the record it was a lot harder to do the video then it was to record the songs. It was much more of an emotional experience."

"Wrecking Ball" is the second single to be released from Cyrus' "Bangerz" album, due Oct. 8. The 13-track set, which includes Cryus' summer hit "We Can't Stop," also comes in a deluxe edition with three bonus songs. Cyrus collaborated with Pharrell, Future and will.i.am on the new material. Britney Spears, Nelly and Big Sean are among the stars making appearances on the set.

Nude or not, expect to see a lot more of Cyrus in the days to come. Her MTV documentary "Miley Cyrus: The Movement," debuts on Oct. 2, and on Oct. 5, she will both host and perform on "Saturday Night Live."

The best holiday movies, ranked (and where you can stream them)
Lauren Moraski