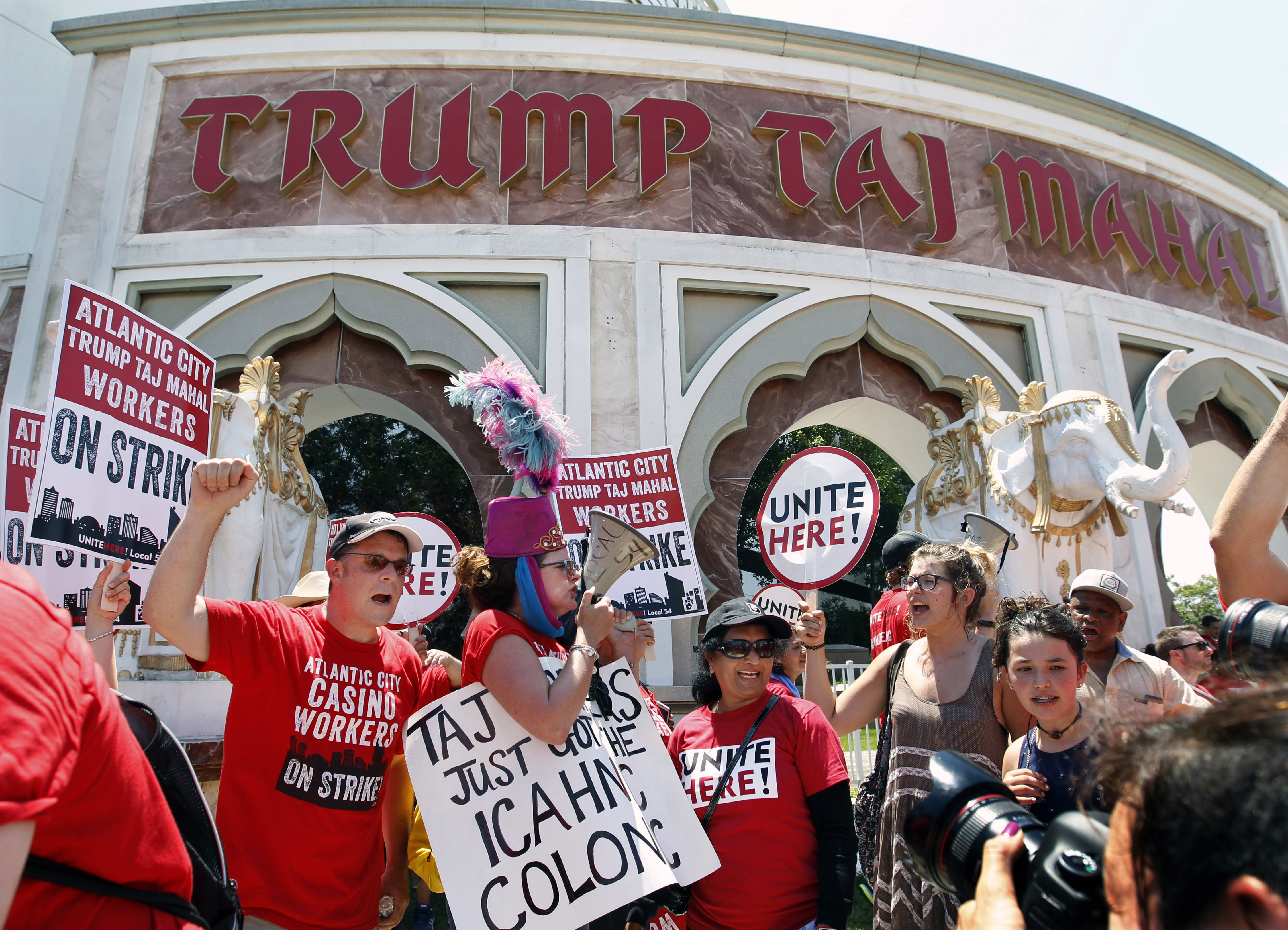 ATLANTIC CITY, N.J. -- Billionaire investor Carl Icahn wrote a letter Thursday to the soon-to-be unemployed workers of the Trump Taj Mahal casino, accusing their union of inciting them to destroy their own jobs by participating in the longest strike by Atlantic City's main casino workers union.

Icahn told the workers that officials of Local 54 of the Unite-HERE union knew that the company had made its final offer, but rejected it anyway, knowing a strike would result.

The union has been on strike since July 1. The central issue has been restoration of health insurance and pension benefits that the previous owners got a bankruptcy court judge to terminate in October 2014.

Icahn said the company's final offer to restore health care, albeit at a lower level than what workers at Atlantic City's other seven casinos, was negotiated with union president Bob McDevitt.

"Why have they incited you, the union workers at the Taj, to destroy your jobs and your livelihood rather than accept the prior offer that we made at McDevitt's suggestion?" Icahn wrote in the letter that was posted on his website.

Icahn told The Associated Press on Wednesday that he has lost nearly $100 million on the Taj Mahal over the past 18 months.

"It is one thing to fund losses when a path to profitability exists," he wrote in Thursday's letter. "But to burn tens of millions of dollars when there is no hope is just foolish. The strike has been the latest and final nail."

McDevitt said Icahn helped bleed the casino dry as its main lender before and during its most recent stay in bankruptcy.

"Carl Icahn has taken hundreds of millions of dollars out of Atlantic City over the past several years," he said. "He told the workers they were the most important asset of the property. Now, rather than negotiate with those same workers, he has decided he would rather close down. It has been nothing but the usual my-way-or-the-highway from Carl Icahn. That's not trying to reach an agreement; that's punishing working people for standing up to injustice."

Icahn announced the casino will shut down after Labor Day, but an exact date has not been set.

Nearly 3,000 workers will lose their jobs in what will become the fifth Atlantic City casino closure in two years.

On the Boardwalk outside the oceanfront casino Thursday, a small group of picketers chanted, "One day longer, one day stronger!" Inside the casino, the gambling floor was virtually deserted and nearly silent, except for piped-in music overhead.

Chuck Baker, a cook at the casino since the day it opened in 1990, said he and his co-workers will continue to protest outside the casino until it closes.

"It didn't come as that great a surprise; they're not making any money," he said. "But nobody is ready to give in. We will be out here 'till the last day."

As the strikers continued to picket, workers were carrying out repairs to a Taj Mahal entrance facade further down the Boardwalk, leading some workers to question whether the casino really planned to shut down after all. It had repeatedly threatened in the fall and early winter of 2014 to shut down, even setting closing dates, before changing course and remaining open.

Tony Rodio, president of Tropicana Entertainment, which runs the Taj Mahal, said the company needs to maintain the physical integrity of the building, whether it is open or not. He said repairs to facades and roofs, some of which began before the strike started, are being completed.