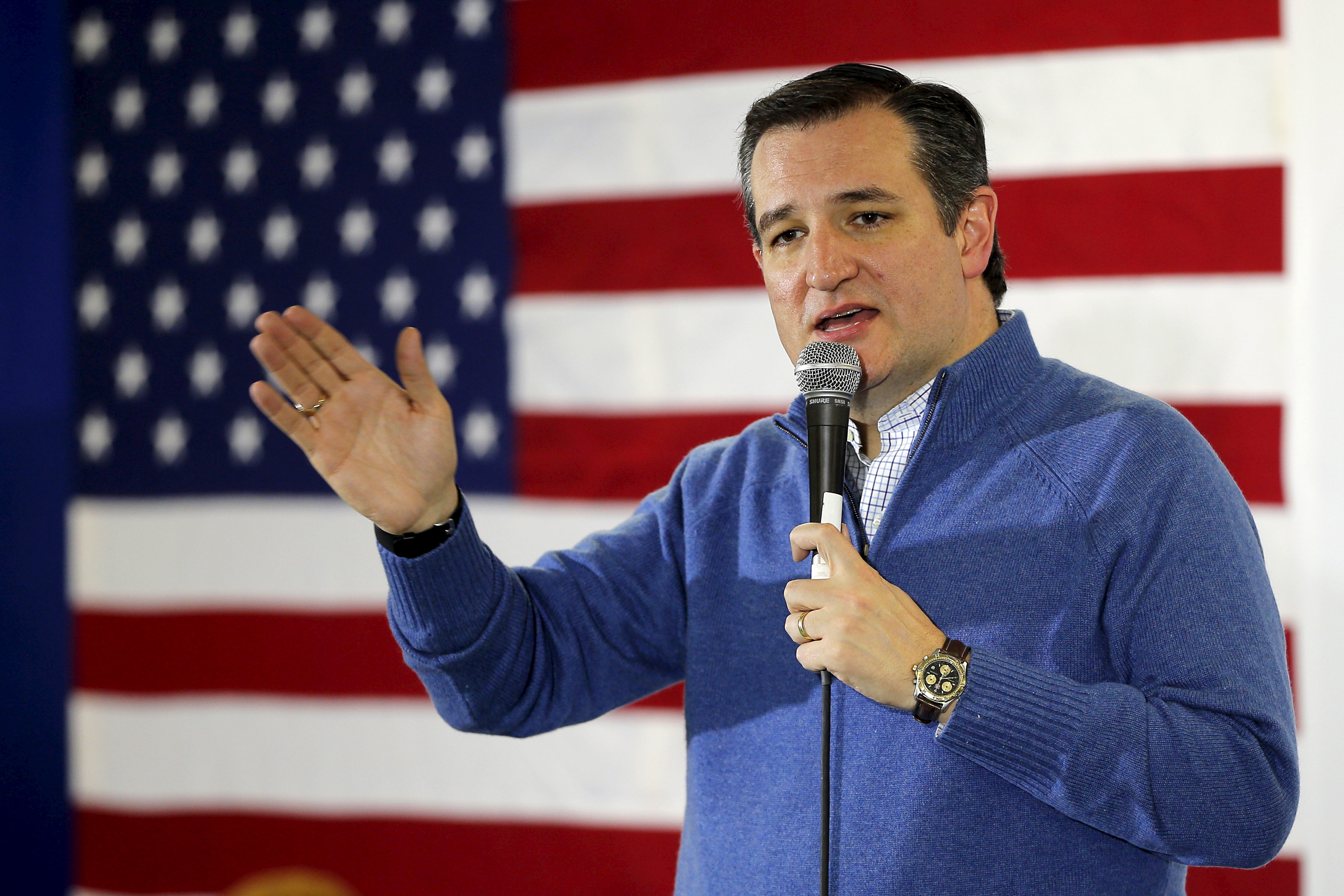 With just over a week until voters get their first say, the 45-year-old Texas senatorknown as a conservative warrior has been ascendant. The $36 million committed last year by these donor families is now going toward television, radio and online advertisements, along with direct mailings and get-out-the-vote efforts in early primary states.

The long-believing benefactors are New York hedge fund billionaire Robert Mercer, Texas natural gas billionaires Farris and Dan Wilks, and private-equity partner Toby Neugebauer. They honed their plan to help Cruz before he began his steady rise in polls -- even before he announced his presidential bid in March.

"No one wants to lose," Neugebauer told The Associated Press when asked why he and others bet big on Cruz. "We didn't miss that an outsider would win. I think we've nailed it."

Voters will soon start determining whether he is right.

The groundwork laid by Neugebauer and other major donors began roughly two years ago, first in a casual conversation with Cruz at a donor's home in Palm Beach, Florida, and then in a more formal way over the 2014 Labor Day weekend at Neugebauer's ranch in East Texas.

That October, big-data firm Cambridge Analytica -- in which Mercer is an investor -- began working to identify potential Cruz voters and develop messages that would motivate them. Alexander Nix, the company's chief executive officer, said the importance of this early work cannot be overstated. He credits Cruz for understanding this.

"Money never buys you time," Nix said, drawing from his experiences with campaigns worldwide. "Too often clients will come to you just before an election and expect you to work miracles. But you cannot roll back the clock."

Key donors soon came up with a novel arrangement: Each family would control its own super PAC, but the groups would work together as a single entity called Keep the Promise. They keep in touch through weekly strategy phone calls.

For Cruz, the pool of really big donors is far more concentrated: Mercer gave $11 million, Neugebauer gave $10 million, and the Wilks brothers and their wives together gave $15 million.

That level of support has opened Cruz to criticism that donors are influencing his policies, whether on abortion, energy or the gold standard.

Ethanol advocates point to his oil and gas donors as the reason he wants to discontinue that government subsidy for the corn-based fuel. Cruz and the donors have dismissed that as nonsense. His campaign cites as evidence Cruz's desire to end handouts to all parts of the energy industry.

Neugebauer said his belief in the candidate is both personal and pragmatic. "My heart and my mind told me he's the one," he said.

Mercer and the Wilks brothers declined to be interviewed.

Neugebauer, 45, said he met Cruz years ago through Cruz's wife Heidi, then a manager at Goldman Sachs. He said he wants nothing in return if Cruz wins the presidency.

"I don't need. Bob Mercer doesn't need. The Wilkses don't need," he said. "That's not what this is about. We do not want our children and grandchildren to grow up in a bankrupt country."

Neugebauer co-founded Quantum Energy Partners, a private equity firm based in Houston. It invested heavily in shale development, which became lucrative with the advent of hydraulic fracturing, known as fracking.

His father, Randy, is a Republican congressman from Texas.

In 2014, the younger Neugebauer moved his legal residency to Puerto Rico, saying he had done so primarily to expose his children to Spanish and become more worldly. The U.S. territory also provides key tax breaks that the mainland does not.

The Mercer family has followed Cruz's rise in politics for years.

Fundraising records show that Mercer's daughter, Rebekah Mercer, took an early interest in Cruz's 2012 underdog campaign for the Senate. Her money arrived as Cruz was preparing to take on the state's lieutenant governor and well-funded Republican Party favorite, David Dewhurst, in the May primary.

The elder Mercer, 69, is a former computer programmer and co-CEO of Renaissance Technologies, one of the country's largest hedge funds. Mercer, who lives on New York's Long Island, is intensely private. A review of his political investments provides some clues as to his policy interests.

He is a major donor to Republican groups, according to fundraising records, including entities run by the billionaire Koch brothers and Club for Growth, a Washington conservative economic group that backed Cruz's 2012 campaign. Mercer has attended conferences promoting a return to the gold standard in monetary policy, which Cruz advocates.

The Wilkses met and became fond of Cruz after his election to the Senate, and Neugebauer persuaded them over barbecue in the first months of 2015 to participate in the Keep the Promise plan.

Farris and Dan Wilks made their fortune in fracking, producing drilling equipment when few were in that business. They sold their company in 2011 and have since become the country's 15th biggest land owners, according to The Land Report magazine.

Farris Wilks is a pastor at a small church called Assembly of Yahweh, 7th Day, where his parents were founding members. Both brothers are fervently against abortion rights and gay marriage and say the country needs to embrace Christianity.

Cruz has pledged "outlaw" abortion and said the Supreme Court erred last year in making gay marriage the law of the land. The candidate and hundreds of religious leaders gathered last month at Farris Wilks' central Texas ranch, an event hosted by Keep the Promise.

Farris Wilks has said his investment in the Cruz super PAC is helping "educate" voters.

"He's not afraid to stand against some of his own party even and say things that need to be said," he said in a November interview with KTXS, a television station near their tiny hometown of Cisco, Texas.

Although these donors set aside their millions for Cruz 10 months ago, it's only now that the money is flowing into the 2016 race in a major way.

Since mid-December, the Keep the Promise super PACs have documented about $4 million in independent expenditures to help Cruz or attack other candidates -- most often Florida Sen. Marco Rubio, federal election records show.

The super PACs have been identifying and connecting with Cruz voters through digital ads and door-knocking, and recently began a multimillion-dollar TV ad campaign. A Keep the Promise van tailed the Cruz campaign bus as it made its way through Iowa last week. Super PAC workers handed out thousands of "Choose Cruz" yard signs.

For the megadonors, it's no surprise that Cruz seems to be well-positioned heading into the primaries. In mid-July, Keep the Promise posted on its website a slide-show presentation called "Can He Win?" The document predicted it would be "very difficult for Establishment to destroy the conservative challenger."