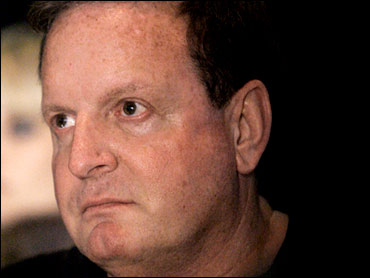 Billionaire investor Ron Burkle is interested in exploring a bid for Dow Jones & Co., publisher of The Wall Street Journal along with the union that represents Journal employees, the head of the union said Tuesday.

The union, the Independent Association of Publishers' Employees, had reached out to Burkle and other potential bidders after Dow Jones' controlling shareholders agreed to meet with Rupert Murdoch to consider his $5 billion bid for the company.

The news comes one day after Murdoch held his first meeting with three key Bancroft family members who also sit on Dow Jones' board. Both Murdoch and a family representative said the talks were "constructive," but neither provided any further detail and it was unclear when any follow-up conversations might occur.

The union and many Journal employees, as well as a significant shareholder, Jim Ottaway Jr., remain opposed to Murdoch's bid, saying he might bend the Journal's coverage to suit his business interests.

Steve Yount, president of the Dow Jones union, said Burkle was the first of several potential bidders to respond to its overtures. Burkle's interest was first reported Tuesday by The Wall Street Journal in a story carried on Dow Jones Newswires.

In Omaha, Buffett's assistant Debbie Bosanek confirmed that a letter from the union had been received Tuesday but would make no further comment.

The emergence of another potential bidder for Dow Jones sent the company's stock up 66 cents, or 1.1 percent, to $60.82. The level is slightly above Murdoch's offer of $60, indicating investors may expect the company to be sold at a higher price.

Burkle had previously expressed an interest in buying Tribune Co., publisher of the Los Angeles Times, Chicago Tribune and other newspapers, together with fellow billionaire Eli Broad. But that company eventually agreed to be taken private in a deal sponsored by Chicago real estate investor Sam Zell.

Burkle, who made a fortune investing in supermarket chains, had also teamed up last year with a union representing employees at nine Knight Ridder Inc. newspapers in an effort to buy that company. However Knight Ridder wound up selling itself to McClatchy Co., another California-based publisher.