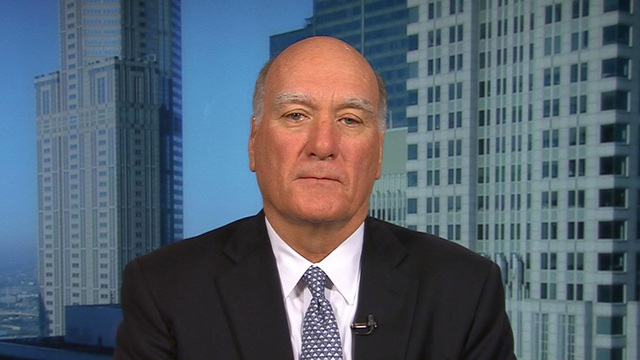 After a series of security blunders by the Secret Service, the agency's director Julia Pierson resigned on Wednesday.

He retired three years ago as Special Agent in Charge of the Presidential Protective Division. Clancy joined the Secret Service in the 1980s.

Daley was White House chief of staff when Clancy was in charge of protecting President Obama.

"I think the fact that he's not a bureaucrat, he comes from the ranks, has held the highest level of responsibility in the service, and that is running the president's protective detail, says a lot, and I think he knows there has to be a transparency that hasn't been there recently," Daley said. "But he also knows they've got to clean up their act."

Even though there have been recent lapses in security - including a man with a knife jumping the White House fence and entering the presidential residence and an armed former convict riding the elevator with Obama at the CDC - Daley said there hasn't yet been a situation that was a crisis for the nation.

"These men and women have to be right 100 percent of the time," Daley said. "And the vast, vast, vast, majority of time they are."

Although Clancy will only be a temporary replacement, Daley is confident he will bring strong leadership, especially for an agency that has become a "very large bureaucracy."

"I think Joe brings that," Daley said. "He has great character, he's been there, he's been on the street in a sense, and so I think he's the perfect guy for this -- for the service right now."

As far as funding-related issues within the Department of Homeland Security, Daley didn't think it matters right now.

"It's about the day-to-day job that's done," Daley said. "I'm sure every agency at Homeland Security would like to be out of Homeland Security because it's so massively big and they're all fighting for dollars that are shrinking."

For him, it's about the agency's job and its leader.

"Right now there's no better person who can lead that organization than Joe Clancy," Daley said.