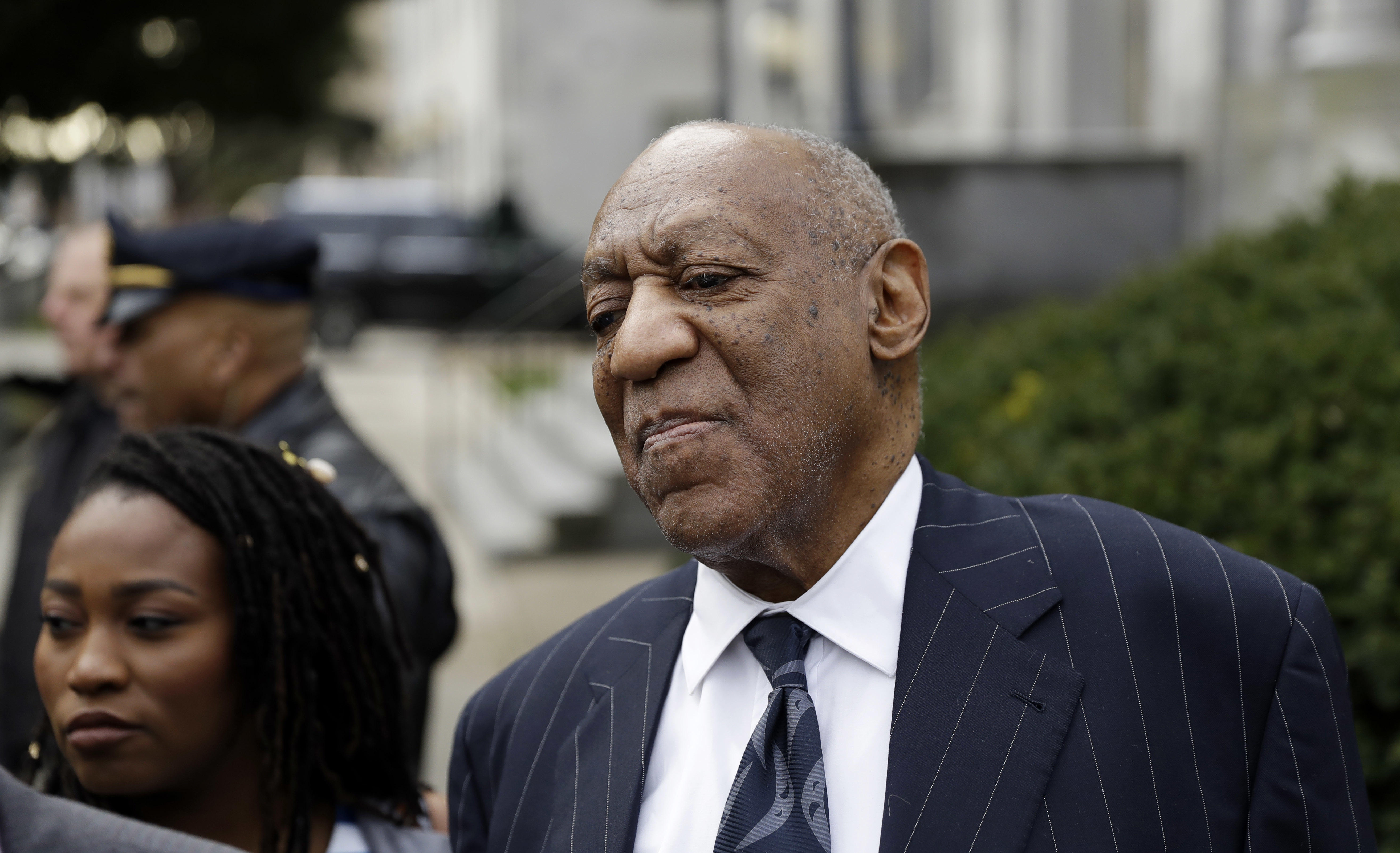 NORRISTOWN, Pa. -- The jury in Bill Cosby's sexual-assault retrial will begin deliberating Wednesday after a full day of blistering closing arguments in which the comedian was variously portrayed as a calculating predator who is finally being brought to justice, or the victim of a multimillion-dollar frame-up.

The judge sent the seven men and five women back to their hotel Tuesday evening after they indicated they were exhausted after listening to about 5½ hours of arguments.

"I want you well rested. I think you have collectively made a wise decision," Judge Steven O'Neill said.

The first big celebrity trial of the #MeToo era pit Cosby, the beloved comedian whose career and good-guy reputation were destroyed by a barrage of allegations involving drugs and sex, against a former Temple University women's basketball administrator who testified that he gave her pills and violated her at his suburban Philadelphia mansion.

Five other women got on the witness stand and testified the same thing had happened to them.

Cosby faces three counts of aggravated indecent assault, each carrying up to 10 years in prison. The jury at Cosby's first trial deliberated for more than 52 hours over six days last year without reaching a verdict.

"He is nothing like the image that he played on TV," prosecutor Kristen Feden told jurors in her closing argument. "In fact, he utilized that image and cloaked it around himself so that he could gain the trust, gain the confidences of these aspiring, unsuspecting women."

The defense urged jurors to acquit, saying the charges were based on "flimsy, silly, ridiculous evidence." Defense attorneys Tom Mesereau and Kathleen Bliss said in their closing argument that chief accuser Andrea Constand consented to sexual activity, then leveled false accusations against the "Cosby Show" star so she could sue him and extract a big settlement.

"You're dealing with a pathological liar, members of the jury," said Mesereau, who won an acquittal in Michael Jackson's 2005 child-molestation case. "You are."

Cosby's wife of 54 years looked on from the gallery as his lawyers pleaded with the jury to clear him, the first time she has attended the trial. Camille Cosby, 74, had stayed away as the prosecution built its case that Cosby maintained a sordid double life, plying women with drugs and preying on them sexually.

Before the jury came in, she went to the defense table and put her arm around her husband. They embraced, smiled and chatted, and he gave her a peck on the cheek.

When it was the prosecution's turn to argue, Camille Cosby left the courtroom, and Constand entered.

Constand, 45, alleges Cosby knocked her out with three pills he called "your friends" and molested her in January 2004. Her account was bolstered by the testimony of five other women who took the stand and said Cosby had drugged and assaulted them, too - including one woman who asked him through her tears, "You remember, don't you, Mr. Cosby?"

After last year's hung jury, the defense team also mounted a far more aggressive effort to stoke doubts about Constand's credibility and raise questions about whether Cosby's arrest was even legal.

Their star witness was Marguerite Jackson, a former Temple University colleague of Constand's who testified that Constand spoke of framing a high-profile person for the purpose of filing a lawsuit. Constand received nearly $3.4 million from Cosby over a decade ago - a settlement that Mesereau argued was "one of the biggest highway robberies of all time."

Cosby has said he gave Constand 1½ tablets of the over-the-counter cold and allergy medicine Benadryl to help her relax before what he called a consensual encounter. And the defense ripped into the other accusers, saying they were motivated by the prospect of money and fame to come forward in recent years with fabricated accounts.

Feden bristled at what she called the defense's "horrible character assassination" of Constand and the other women.

She called Cosby the true con artist - wresting that label from Cosby's lawyers, who had applied it to Constand throughout the two-week trial.

"Yes, you did hear about a con," Feden said, her voice rising as she moved toward Cosby and pointed at him. "The perpetrator of that con is this man, sitting right here."

She also called out Cosby for smirking during her presentation.

The defense, meanwhile, highlighted more than a dozen inconsistencies in what Constand has said over the years.

Cosby's lawyers also painstakingly reviewed phone and travel records for Cosby and Constand, as well as a schedule for the Temple women's basketball team, saying they are proof the alleged assault couldn't have happened when she says it did. Prosecutors have noted that Cosby's travel records have large gaps in time.

In arguing over when Cosby's encounter with Constand took place, Cosby's lawyers sought to suggest that the comedian was charged after the 12-year statute of limitations for prosecuting him had run out.

Bliss argued that Cosby, once revered as America's Dad, was an innocent man caught up in the "emotion and anger" of the #MeToo movement against sexual misconduct. Cosby was arrested years before #MeToo became a cultural force and took down famous men like Harvey Weinstein, Matt Lauer, Kevin Spacey and Sen. Al Franken.

Bliss also suggested that Constand and Cosby were having an affair, and that she was the aggressor, "cavorting around with a married man old enough to be her grandfather."

Wearing sunglasses in the courtroom, Cosby's wife smirked and pursed her lips a few times but otherwise listened stoically.

The Associated Press does not typically identify people who say they are victims of sexual assault unless they grant permission. Constand has done so.