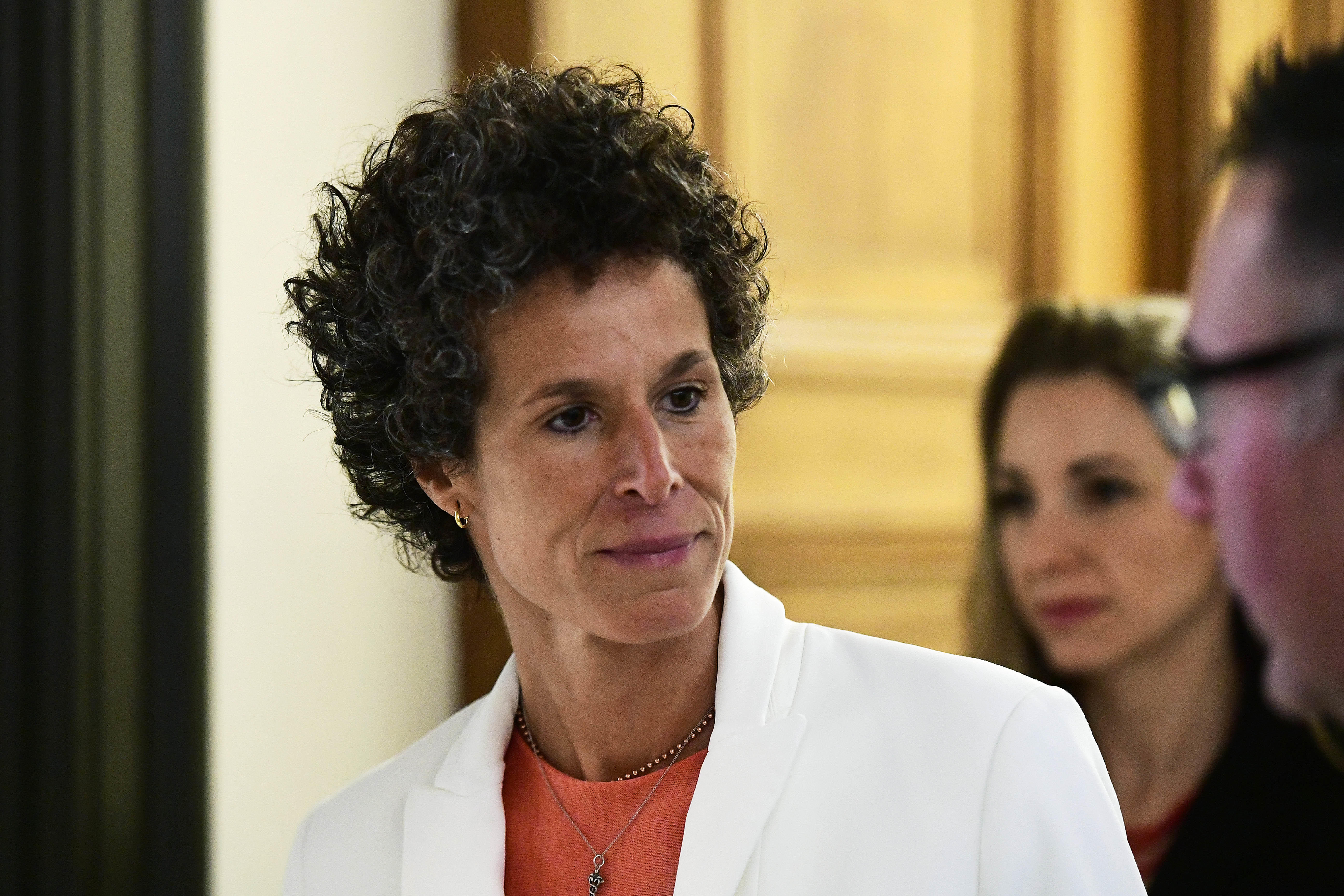 NORRISTOWN, Pa. - Bill Cosby's chief accuser took the witness stand Friday at his sexual assault retrial, declaring for a second jury that he knocked her out her with three blue pills and then sexually assaulted her at his suburban Philadelphia home in 2004.

"I was weak. I was limp, and I just could not fight him off," said Andrea Constand, once again confronting the 80-year-old comedian in court after his first trial ended with a hung jury.

Her harrowing account of sexual molestation was remarkably similar to the one she gave at last year's trial, and jurors watched intently and scribbled notes as she described how Cosby - the good-guy celebrity she viewed as a mentor and friend - had betrayed her trust.

Constand, who worked as a women's basketball administrator at Temple University, his alma mater, said Cosby offered her pills and a sip of wine after she said she was "stressed" about telling the Temple coach of her plans to leave to study massage therapy in her native Canada. He called the pills "your friends" and told her they would "help take the edge off."

Instead, Constand said, the pills instead made her black out. She awoke to find the actor known as "America's Dad" penetrating her with his fingers, touching her breast and putting her hand on his penis.

She said she wanted Cosby to stop but couldn't say anything. She tried moving her arms and legs but couldn't.

Constand said she awoke between 4 and 5 a.m. to find her bra up around her neck and her pants half unzipped. She said Cosby stopped her as she went to leave: "All he said was there's a muffin and tea on the table and then, 'All right' and then I left."

Afterward, Constand said, "I was really humiliated. I was in shock. And I was really confused."

Cosby has said he gave Constand the cold medicine Benadryl and that she consented to a sexual encounter. She was expected to face intense cross-examination by a defense team intent on portraying her as a "con artist" who framed him for money.

Cosby lawyer Tom Mesereau told jurors in an opening statement on Tuesday that Constand was a pauper who stiffed roommates on bills, racked up big credit card debt and once ran a Ponzi scheme until she "hit the jackpot" in 2006, when Cosby paid her $3.4 million to settle the civil lawsuit Constand filed after the district attorney at the time dropped the case.

On the stand, Constand told jurors she has nothing to gain financially now by wanting Cosby locked up.

"Ms. Constand, why are you here?" prosecutor Kristen Feden asked.

Constand said she decided to go to police in January 2005, about a year after the encounter, jarred to action by a nightmare and an increasing awareness of consent issues from her ongoing massage therapy training.

"I didn't want it to happen to anybody else, what had happened to me," she said.

She said she was "very scared" about going to police because "he was a Temple trustee. A very powerful man. An entertainer. A very famous person."

Constand testified that Cosby had made previous sexual advances, but she wasn't concerned about him. As a physically fit former professional basketball player, she was confident she could handle him.

"I thought it was a little bit absurd, given that Mr. Cosby was just a little bit younger than my grandfather," Constand said of the sexual interest he'd shown in her. "He was a married man, and I absolutely showed no interest in him. But I wasn't threatened, and I didn't judge him."

Constand's allegation is the only one among dozens against Cosby that has led to criminal charges. If convicted, the former TV star best known for his No. 1 family sitcom "The Cosby Show" faces up to 10 years in prison on each of three related aggravated indecent assault charges.

A jury deadlocked after last year's trial, unable to reach a verdict after more than 52 hours of deliberations over six days.

For this trial, prosecutors had the strategic advantage of putting Constand on the witness stand after a parade of other accusers who told jurors that Cosby had used the same tactics on them: preying on women who saw him as a mentor, debilitating them with pills or alcohol and then violating them when they were unable to fight back. Just one other accuser was permitted to testify at the first trial.

The defense has called the other accusers irrelevant, urging jurors to focus only on the charges that Cosby is facing.

On the witness stand, for example, Constand denied ever having intimate contact with Cosby prior to the alleged assault. But in a 2005 deposition that Mesereau showed her, Constand said she had told her mother that she was affectionate toward him.

Cosby's lawyers say Constand outlined her get-rich scheme to a Temple colleague, Marguerite Jackson. The defense plans to call Jackson as a witness and says she will testify that Constand mused about framing a celebrity before she lodged sexual abuse allegations against Cosby in 2005.

Jackson, a longtime Temple official, has said that she and Constand worked closely together, had been friends and had shared hotel rooms several times. She has said Constand once commented to her about setting up a "high-profile person" and filing suit.

On the stand Friday, Constand said she remembers having a hotel room to herself at Temple's away basketball games and did not recall ever rooming with Jackson.

Constand's lawyer, Dolores Troiani, called the defense attacks on her client "outrageous" and "baseless." She ripped Cosby's team for trashing her reputation in the courtroom, where lawyers are immune from defamation lawsuits, and in statements to the media.

"I'd love to see if he thinks he's going to prove any of this," Troiani told The Associated Press.

The AP does not typically identify people who say they are victims of sexual assault unless they grant permission, which Constand and the other women have done.