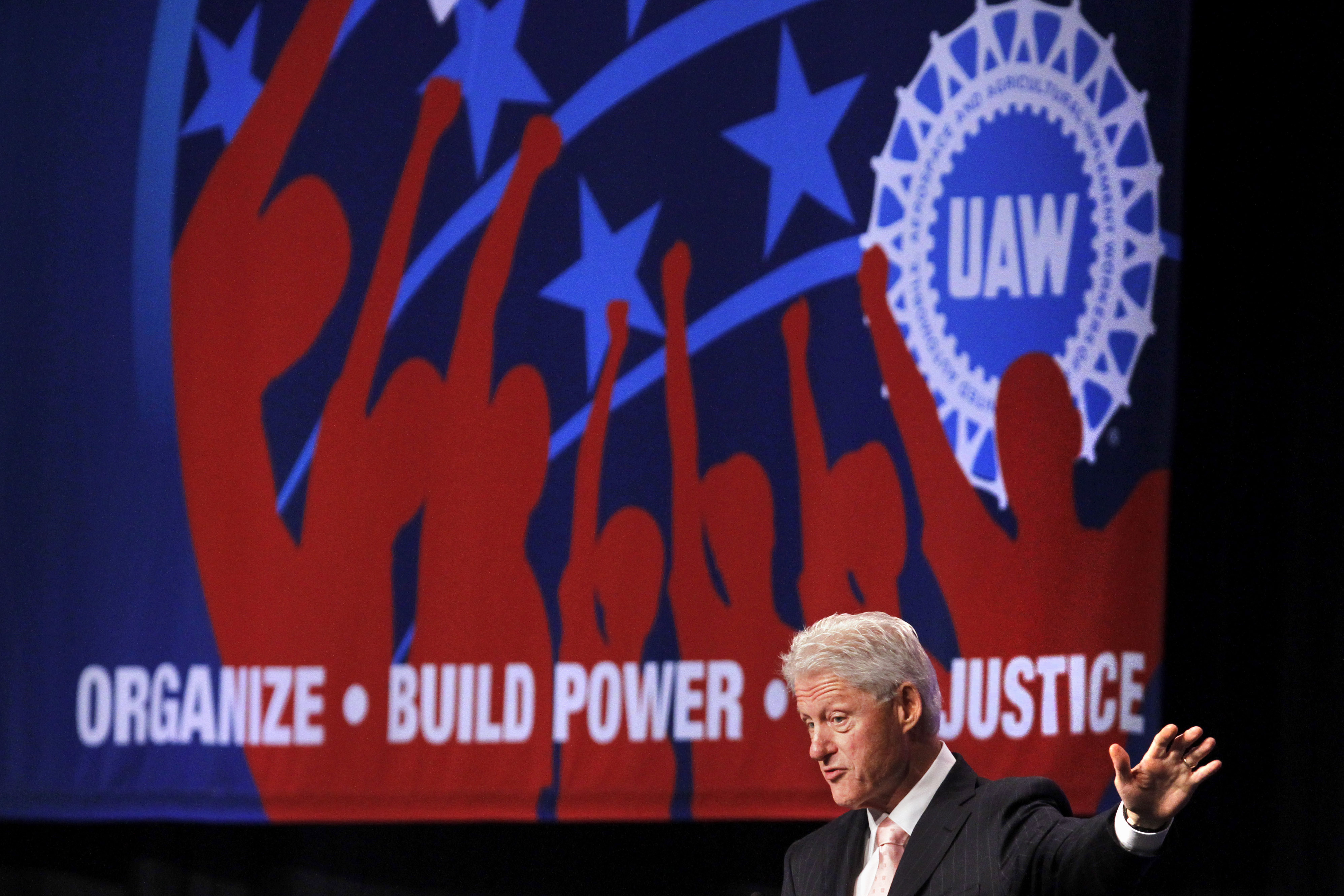 Former President Bill Clinton said Thursday that President Obama's decision to rescue the American auto industry was the most important decision of his presidency and Mitt Romney's father is probably "turning over in his grave" when he hears his son criticize the effort.

"This was not about the factory workers, every time I hear Mr. Romney talking about this I think his Daddy must be turning over in his grave," Clinton said in a speech before the United Auto Workers in Washington.

Romney's father, George Romney, was the chief executive of American Motors decades ago and later served as governor of Michigan. His son, the presidential candidate, famously opposed the bailout in a 2008 opinion piece in the New York Times, writing "you can kiss the American automotive industry goodbye" if GM, Ford and Chrysler get the bailout their chief executives were seeking in late 2008.

Romney has continued that criticism on the campaign trail, calling it "crony capitalism on a grand scale" in an op-ed in the Detroit News last month, before the Michigan primary where he narrowly defeated former Pennsylvania Sen. Rick Santorum.

GM and Chrysler and their suppliers, dealers and auto financing firms have taken around $80 billion in government aid in bailouts started in late 2008 by President George W. Bush and continued by President Obama.

While Romney has been very critical of the bailout, both Mr. Bush and Mr. Obama have defended their efforts to prevent the U.S. economy from falling into another depression. Mr. Bush last month told the nation's auto dealers he would "do it again" because he did not want to see "21 percent unemployment" in the United States. Some analysts have said the bailout saved the jobs of more than a million workers because of the interconnectedness the auto industry.

Mr Clinton told the auto workers the action taken should not even be called a "bailout."

"It wasn't a bailout, it was a restructuring, it was a structured bankruptcy," Mr. Clinton said.

"What was the alternative? Abolish all pensions and ask you to work for the minimum wage? That is not the America I want to live in," Clinton told the union workers.

The former president also predicted "taxpayers will be made whole and we will have saved the American auto industry" if Congress allows the Treasury Department to hold on to its 500 million shares in GM, or about a third of the reconstituted company after it emerged from bankruptcy, until the price climbs past its break even point of $53 per share.

Shares were trading around $26.52 Thursday afternoon.

"Taxpayers need to know they already got half their money," Mr. Clinton said.