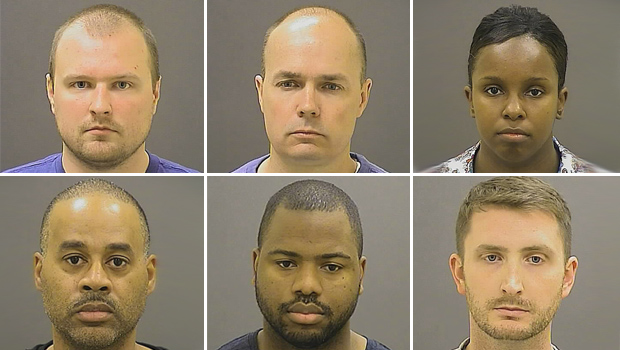 NEW YORK -- On Monday, a grand jury decided not to bring criminal charges against the police officer who shot and killed 12-year-old Tamir Rice in Cleveland. The decision ended one of the most scrutinized legal cases of 2015. It was among many of the year's biggest cases discussed by Legal Analyst Rikki Klieman on CBS This Morning, who also talked about cases to follow in 2016.

According to Klieman, the case of the year in Chicago heading into 2016 is Jason Van Dyke, who is one of the officers involved in the fatal shooting of 17-year-old Laquan McDonald. Van Dyke was indicted on 6 counts of first degree murder and one count of official misconduct. McDonald was shot 16 times.

"Why is this case so different from Cleveland? Again, there is a video in this case but is shows that police officers in report after reports "fibbed." In the reports, the officers talked about McDonald moving towards the officers when the video shows that he was moving away from the police," says Klieman.

Klieman feels it's a case that must be watched closely. She says the case is bigger than Jason Van Dyke and this has the potential to create a political atmosphere with national reverberations.

"Ultimately, the lesson learned from some of these police case is training. We have got to take police officers and allow to slow down especially when dealing with people who se behavior is enhanced by drugs or they are emotionally disturbed," she adds.

Some interesting numbers about police shootings in 2015:

-975 people were shot dead by police during the year

-Officers were charged in 8 shooting

Meanwhile, the Freddie Gray murder cases in Baltimore will also draw headlines in 2016. There are six trials coming up in relation to Gray's death. The first trial in this case was William Porter at the end of 2015, where there was a hung jury. At the beginning of 2016, the driver of the van where Freddie Gray died, Caesar Goodson will begin. He is the only officer of the group that is charged with murder.

According to Klieman, the key questions in this case are: "Can the government prove its case without a reasonable doubt? And can you get a fair trial in the city of Baltimore after the hung jury in the Porter case?

Another big case to watch in 2016 is the legal wrangling surrounding sexual misconduct allegations against comedian Bill Cosby. Over 40 women have publicly accused Cosby. However, Cosby is now suing some of his accusers, including supermodel Beverly Johnson. He is claiming defamation and emotional distress. He has also countersued seven other women claiming false and defamatory accusations.

Klieman calls this move by Cosby "aggressive" and this will also be a big case to watch in 2016.