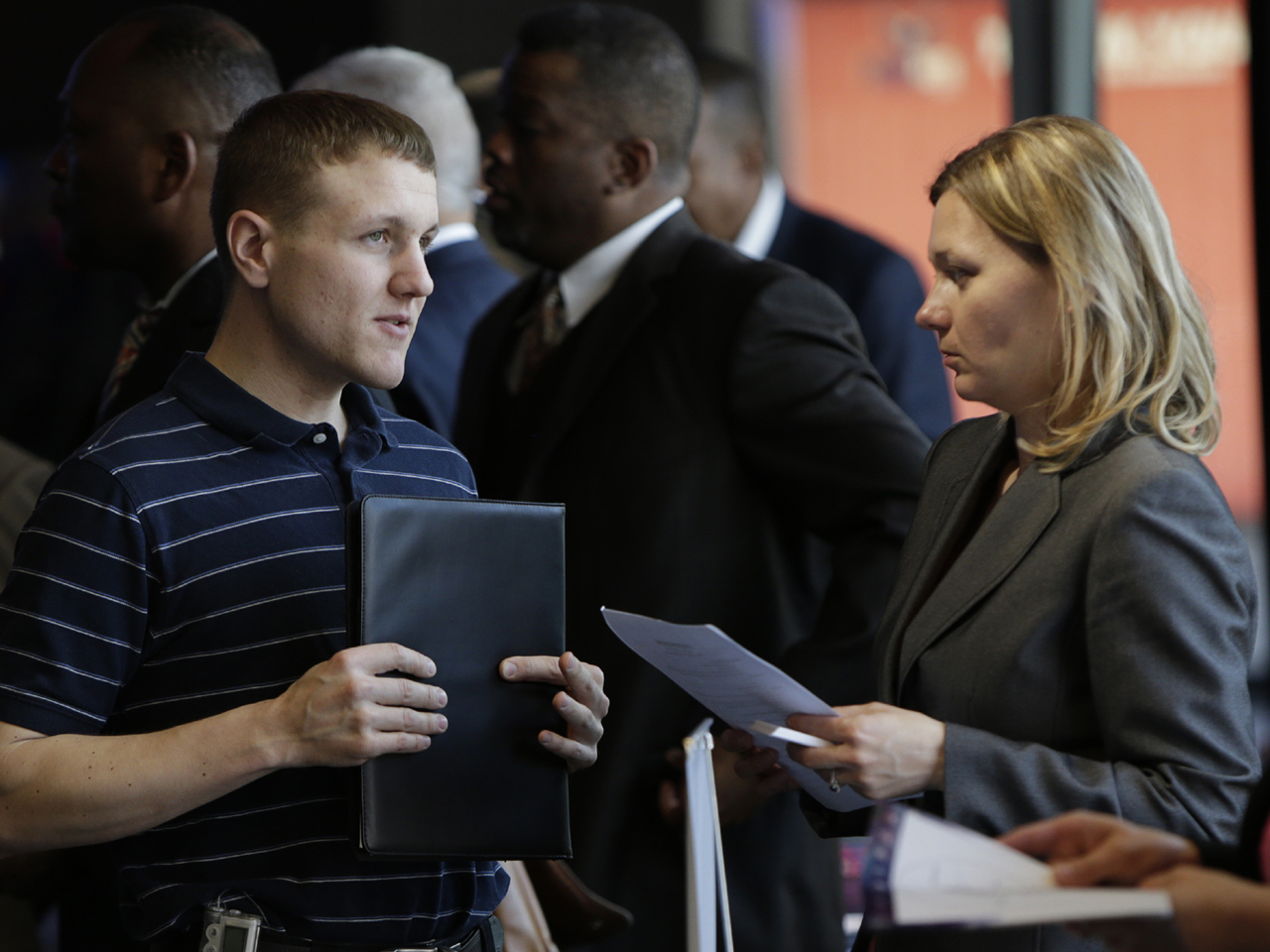 After a miserable winter lull, the U.S. economy is heating up.

Employers added 288,000 jobs in April, the U.S. Labor Department said Friday. That was the biggest gain in two years and shot past consensus estimates of about 210,000 jobs for the month. Total non-farm payroll gains for the previous two months were also revised upward by 36,000. That raised average job growth over the last three months to 238,000, up from 167,000 in the previous three.

"The unusually severe winter weather may have hit activity and employment in January and February, but we're making up for that now," said Paul Ashworth, chief U.S. economist with Capital Economics, in a client note.

The nation's unemployment rate fell to 6.3 percent, from 6.7 percent in March, its lowest level since September 2008. While encouraging, the sharp decline in the jobless rate owes largely to the many people who stopped looking for work last month. More than 800,000 Americans exited the labor force in April, reversing a large increase in participation in March.

"It is clear that many Americans headed out to the shopping mall and automobile dealerships in March after staying home and cranking up the heat for the first two months of the year," said Chris Christopher Jr., director of consumer economics with IHS Global Insight, in a research note.

Stronger consumer demand is also boosting manufacturing, which is expected to drive growth and encourage hiring in the months to come. Most economists expect GDP to advance at least 3 percent in 2014.
As the economy heals, Federal Reserve officials continued this week to scale back a bond-purchase program aimed at boosting growth. The central bank's rate-setting panel said on Wednesday that labor market indicators since March "were mixed but on balance showed further improvement."

That may come as tepid comfort to the many Americans, including low-wage workers and seniors living on a budget, for whom daily economic survival remains a struggle. Nearly 10 million people also remain unemployed, the Labor Department said, with many finding it hard to re-enter the workforce after years of joblessness. For many, a reduction last year in food-stamp payments and the end of emergency unemployment benefits also have undermined financial security.

Meanwhile, although personal income has accelerated of late, wage growth has been uneven during the recovery. That trend continued in April: Average hourly earnings were flat, and the annual growth rate in wages slipped to 1.9 percent, from 2.1 percent the previous month.

Median household income in March was $53,043, slightly lower than the previous month's median of $53,435, according to Sentier Research. By comparison, in December 2007, when the Great Recession officially began, U.S. families had median income of $56,271.

Still, the jump in job-creation last month will raise expectations for more vigorous wage growth later this year, which economists say is critical in propelling the recovery.

Also encouragingly, hiring was robust across the economy last month, the new labor data show. The industries that saw the strongest job growth were professional and business services, retail trade, restaurants and construction.