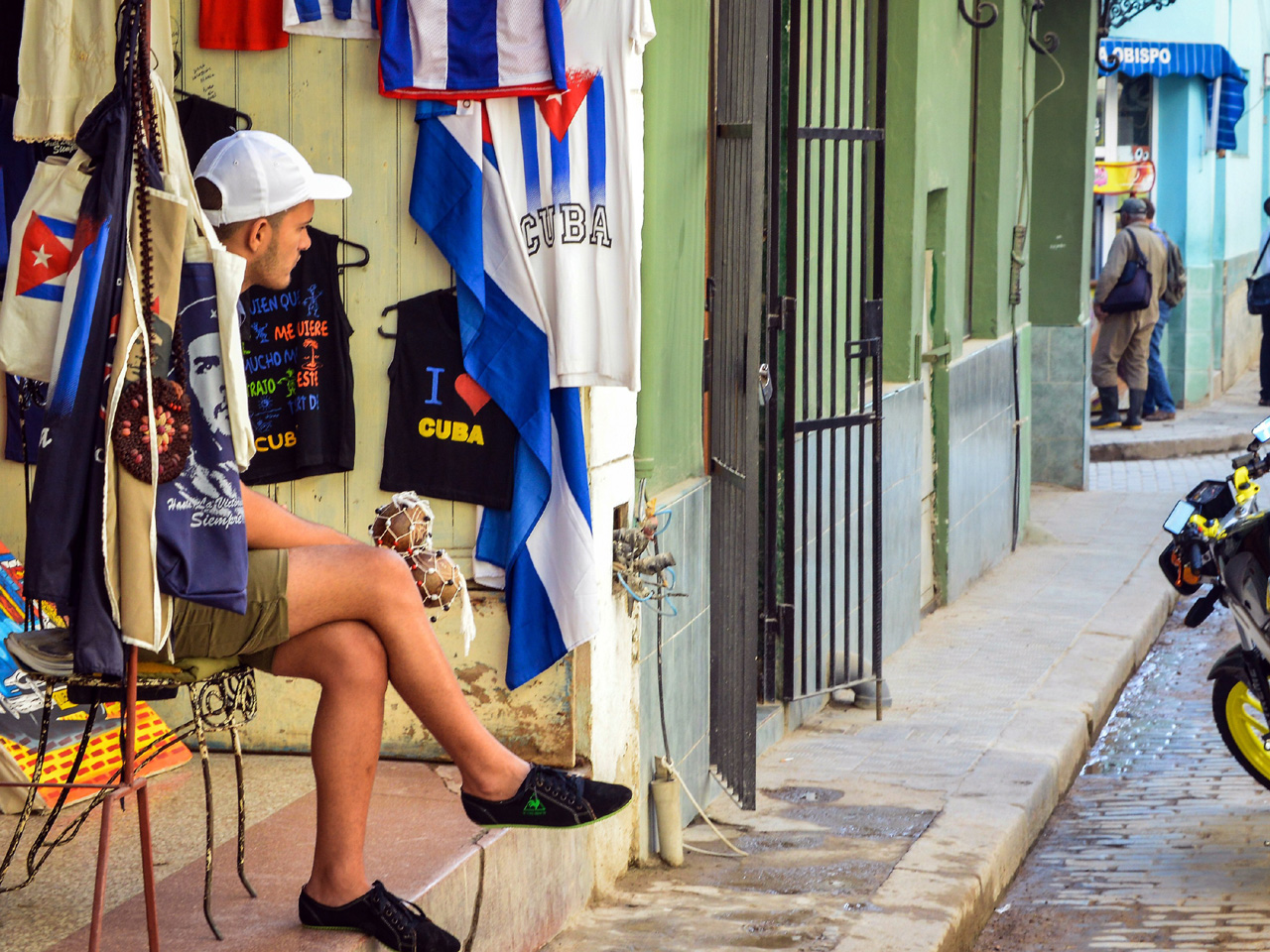 HAVANA - U.S. tourists are roaming the streets of Old Havana, listening to lectures on Art Deco architecture and meeting with jazz musicians. What they aren't doing yet -- at least most of the time -- is lounging in the sun and sipping mojitos at white-sand-beach resorts.

American citizens have been allowed to visit Cuba on such "people to people" trips since 2011, one of President Barack Obama's first moves toward detente with the communist-run island -- provided their scheduled activities are sufficiently educational, and down time is kept to a minimum.

Now, such cultural exchanges are not only expected to grow dramatically, they are expected to become more flexible and less bureaucratic following last week's announcement by Cuba and the U.S. that they would work to restore normal diplomatic relations for the first time in more than 50 years.

President Barack Obama has said the U.S. is easing the rules on visiting Cuba, and that will mean major changes for the trips, which are currently so tightly regulated that operators must submit extensive documentation to the Treasury Department, including detailed justification for all activities to prove they are sufficiently educational, and keep down time to a minimum. Such tours also can cost as much as a good used car back home.

For Americans who don't have family on the island or fit into one of the handful of other categories for legal visits, the trips have been the only way to visit the island. General tourism to Cuba is still prohibited by the half-century old trade embargo, and it would take an act of Congress to lift it.

"We can't go to the beach and drink mojitos all day," said Tony Pandola, who was leading an eight-day trip to the island this week with Global Expeditions of San Francisco, California, that included a guided architecture tour of Havana.

The new Treasury Department rules have not yet been released, but a White House statement suggests that educational travel to Cuba will now be covered by a "general license," which means tour operators -- and perhaps individuals, depending on how the regulations are written -- will be able to head to Cuba and simply give the U.S. government their word that they're not engaging in ordinary tourism.

Travelers may simply have to sign a form and board a charter flight, making it easier and cheaper to visit the island, experts say.

"As long as, with integrity, they can say they're going to engage with the Cuban people and learn about Cuba and talk about the United States then they don't have to do anything other than say that's what they're doing," said John McAuliff, executive director of the Fund for Reconciliation and Development, which has organized trips in the past.

The changes should add some flexibility to trips that tend to be pretty wonky, less of a sun-and-sand vacation and more like a seminar. Jonathan Anderson, a 33-year-old from Denver on the Global Expeditions tour was spending a sunny Sunday morning in Havana on an architecture tour, attended a dance exhibition the day before and met with a Cuban diplomat.

"It's not very, very regimented because we can go out and see things but we have to conform to the rules," said Anderson, who was on an eight-day trip with his parents that cost them about $6,000 each, including a charter flight to the island. "But we're not on a leash. We can wander around."

There are already scores of trips on all sorts of topics: Baseball, architecture, dance, photography, bird-watching, cigars, churches, visits to colonial cities and to scenic rural parks. Visitors can run in the Havana Marathon or cheer for the Industriales baseball team.

Critics sometimes complain that the trips already veer into tourism, with occasional group chats and lectures on politics and culture thrown in.

And while education is the primary purpose of these trips, some travelers readily admit the appeal of Cuba is a mix of the exotic and the basic desire for sunny weather.

"I thought, OK, I'm going to go somewhere I have no idea about, that has music that I'm going to learn about that I really don't have any idea about," said Katja Von Tiesenhausen, a 41-year-old emergency room doctor from Boston who was on a tour that included the Havana Jazz Festival.

Dozens of operators offer people-to-people travel at prices that typically range from $2,000 to $6,000. Some cater to specific groups such as academic and legal organizations and others are for the general public. The precise number of people who take them is unknown but experts say most of the 100,000 or so non-Cuban Americans who visit the island legally each year come this route. That is expected to increase amid renewed interest in the country following Obama's Dec. 17 announcement of restored relations after two decades of hostility.

The easing of tourism regulations is a gamble for both the U.S. and Cuba.

Obama said Wednesday that "people-to-people" was a way to "empower the Cuban people." At the same time, a surge in U.S. travel could funnel sorely needed cash to a tourism industry run mostly by what Obama described Friday as "a regime that represses its people."

But that hasn't stopped many Americans from traveling to Cuba through a third country and keeping quiet about it when they go through immigration and customs upon arrival back in the United States.

Tom Popper, president of tour organizer Insight Cuba, said he thinks many new travelers to Cuba will take organized tours because it can be difficult for an individual to organize a trip that meets Treasury Department requirements.

Still, eliminating the license requirement will remove a significant bureaucratic hurdle, according to Popper, whose last application was more than 700 pages long.

"This is such welcome news to us," Popper said.