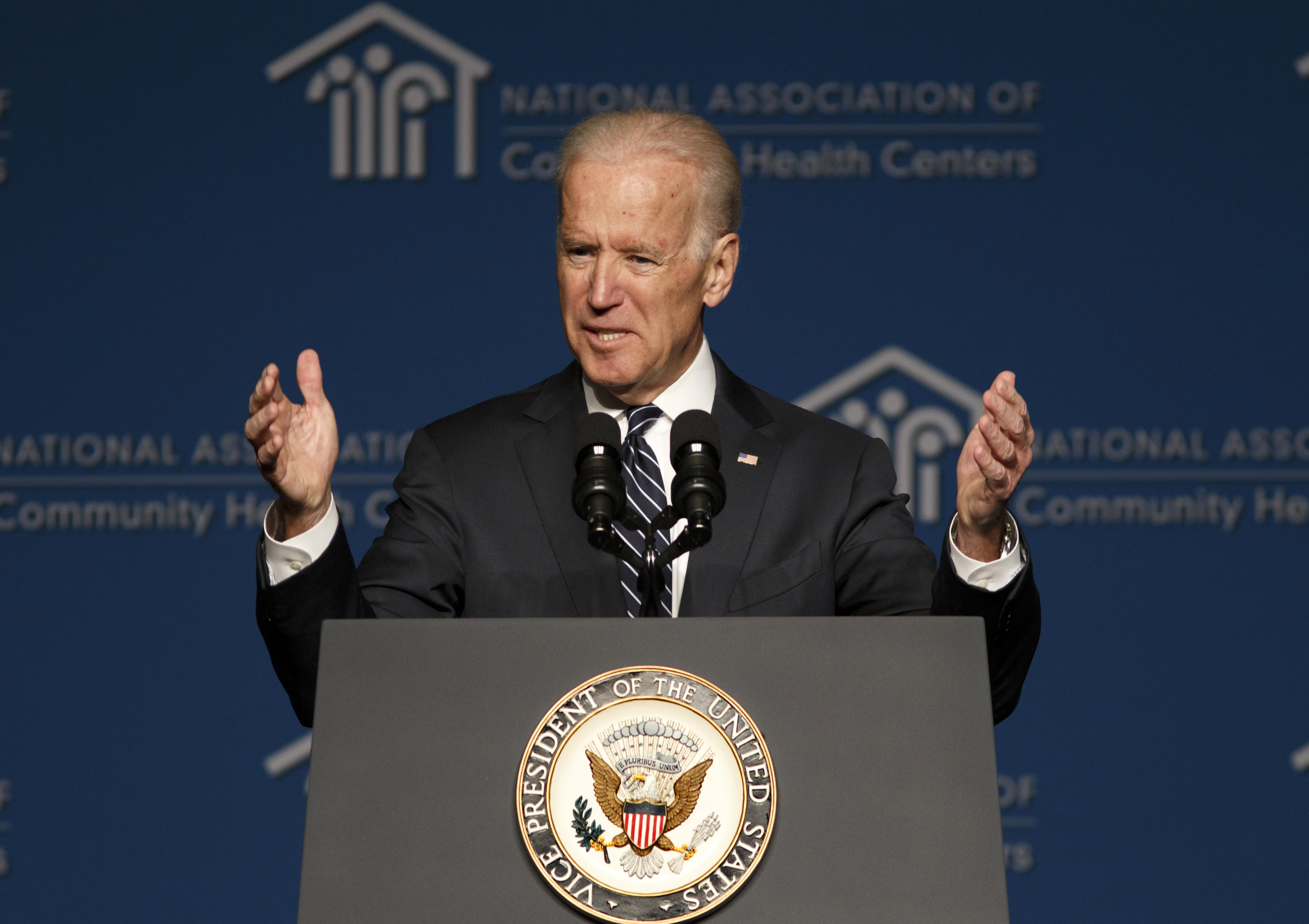 On the eve of its fourth anniversary, the Affordable Care Act remains controversial, but Vice President Joe Biden on Friday predicted that the public will feel very differently about it in 20 years from now -- if all goes as planned.

"Twenty years from now everyone's going to wonder, 'What's the big deal? Doesn't every country do this?'" Biden said at a meeting of the National Association of Community Health Centers in Washington, D.C.

Before it gets to that point, though, Biden said the law needs to survive the current political pushback against the law. The Affordable Care Act is a major point of debate between Democrats and Republicans running for office this year.

To ensure the law's longevity, Biden urged the health care professionals at Friday's event to get more people enrolled in the new Obamacare marketplaces before open enrollment ends on March 31.

"In these last 10 days, push as hard as you can... The higher the numbers the more certitude this is going to last forever," the vice president said. About 5 million people have signed up for private insurance via Obamacare so far, according to the administration.

The nurses and practitioners at community health centers are "among the most trusted advocates of the Affordable Care Act," Biden added. "People trust you, and that's why I want you, so we can finish the job."

Getting people enrolled has been difficult, he said, in part because choosing an insurance plan is simply "complicated business."

"If it's difficult for people who have been able to have, and have afforded, heath care their whole adult life... we shouldn't be surprised it's complicated for people who thought they'd never be able to have insurance," Biden said.

He also acknowledged the major technical problems that initially existed on HealthCare.gov, the federal website serving as the Obamacare portal for 36 states.

"Adding to the difficulty, we didn't help you here much on the front end," Biden said. Given President Obama's patience through the problems, "I would nominate him for sainthood," Biden joked.

While the administration has overcome most of its technical problems, Republicans have been relentlessly reminding Democrats of all the other shortcomings with the law.

Priebus highlighted Republican ideas for health care reform, such as tort reform and the expansion of health savings accounts, while pointing out that the Democrats as a party don't have a cohesive plan for improving the ACA. (Democrats have come forward with ideas to improve the law, but the party as a whole hasn't).

"Sorry Democrats, you don't get to have it both ways," Priebus wrote. "You don't get to reject our ideas and then pretend we don't have any. Republicans have proposals to make healthcare more affordable, so now let me ask you: where are yours? Because Obamacare clearly isn't going to cut it."