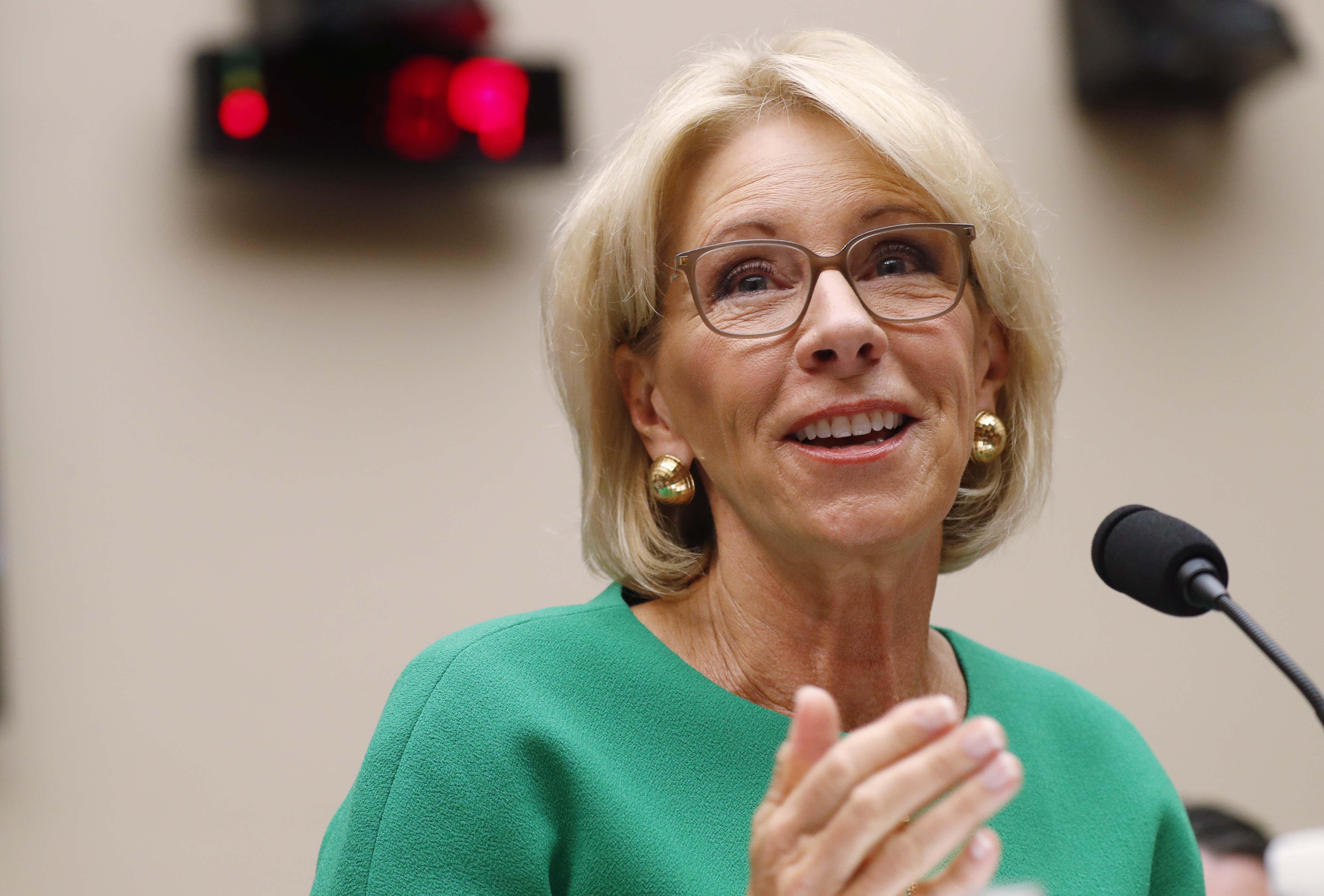 WASHINGTON -- The federal school safety commission set up after the deadly shooting at a Florida high school will not examine the role of guns in school violence, Education Secretary Betsy DeVos said Tuesday. "That is not part of the commission's charge per se," DeVos told a Senate subcommittee overseeing education spending.

DeVos' testimony to a Senate subcommittee came amid criticism by Democrats and some educators that the panel, set up by President Trump in March, was focused more on distracting public attention rather than truly addressing gun violence.

During a hearing on education spending, DeVos was asked whether the commission that she is chairing will look at guns in the context of school safety.

"We are actually studying school safety and how we can ensure our students are safe at school."

Sen. Patrick Leahy, a Vermont Democrat, who asked the question, quipped, "So you are studying gun violence, but not considering the role of guns."

DeVos' spokeswoman Liz Hill later clarified in a statement that the commission will look at all the issues the president asked it to study. She added, however, "It's important to note that the commission cannot create or amend current gun laws -- that is the Congress' job."

Nor will the commission look at best practices of foreign nations that have much lower rates of gun violence, DeVos said. Instead, she cited her recent visit to a Maryland elementary school that has moved away from strict discipline practices in favor of softer approaches in creating a positive school climate. Some educators have noted that the method has been widely used across the country for many years and is not new.

DeVos also skirted Leahy's question on whether she believes an 18-year-old high school student should be able to purchase an AR-15-style assault weapon, which has been used in many mass shootings in the United States in recent years.

"I believe that's very much a matter for debate," DeVos said.

DeVos has said the commission aims to produce a report on best practices by the end of the year, but other than that the department has disclosed little information about the panel. She said Tuesday the panel will examine 27 different issues around school safety. She did not elaborate.

In an interview on "60 Minutes" in March, DeVos it should be an "option" for teachers to have guns in the classroom.

"But for those who are, who are capable, this is one solution that can and should be considered," DeVos told "60 Minutes." "But no one size fits all. Every state and every community is going to address this issue in a different way."

DeVos was also grilled on the fate of undocumented students and whether principals or teachers can call immigration authorities about them. DeVos had faced criticism from rights groups after suggesting last month that whether or not to report such students was a matter for local schools and communities to decide.

In her testimony Tuesday, DeVos cited the 1982 decision by the Supreme Court that ruled that students are entitled to public education regardless of their status.

"I think it's incumbent on us to ensure that those students have a safe and secure environment to attend school, to learn and I maintain that," DeVos said.

"I think a school is a sacrosanct place for students to be able to learn and they should be protected there," DeVos added.

Pressed further on whether a principal can call immigration authorities, DeVos replied, "I don't think they can."

The audience gasped with relief.