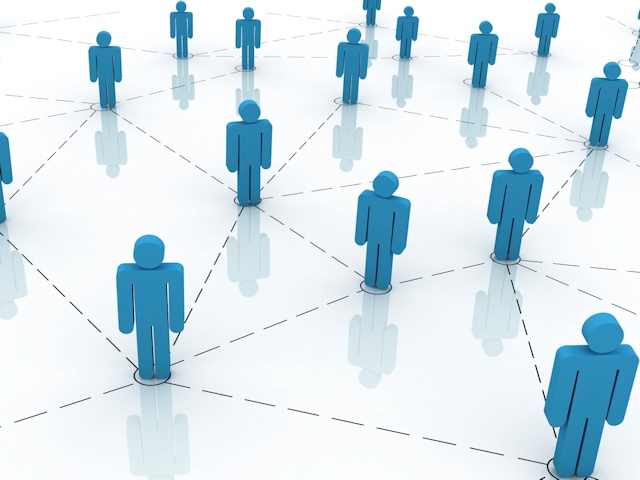 Networking is one of those buzzwords that always elicits a strong response. Some people love the idea and are always striving to expand the reach of their network, while others feel it's a cheap and inauthentic way to try to get ahead in the business world. Actually, they're both right. And wrong. It all depends upon how you network. Recently, Reid Hoffman, the founder of LinkedIn (LNKD), set the record straight at CNN Money.

Hoffman contends that the classic images of networkers -- people who collect business cards from virtual strangers and who ambitiously connect to everyone they ever worked with or went to school with -- miss the point of networking. At its heart, Hoffman says, networking depends on two abilities:

-- The ability to see the world through the eye of others

With those ideas in mind, you should not attempt to expand your sphere of influence or "win" friends and allies. Instead, strengthen the alliances you already have. That's the small network of people you work with frequently and whose advice you tend to seek out most often.

That doesn't mean you should neglect your weak ties -- the folks outside your inner circle with you whom you don't maintain close contact. But for weak ties to be useful they need to be diverse. Says Hoffman:

To be sure, weak ties are uniquely helpful so long as they hail from a different social circle or industry niche and therefore bring new information and opportunities. A weak-tie acquaintance whose job and background is identical to yours is unlikely to offer unique network intelligence.

Hoffman has three rules for ensuring a healthy and useful social network that are easy to apply to your daily routine. Specifically:

In the next day: Review the last six months on your Outlook calendar and identify the five people you spend the most time with. Are you happy with their influence on you?

In the next week: Introduce two people who do not know each other but ought to. Then think about a challenge you face and ask for an introduction to a connection in your network who could help you.

In the next month: Identify a weak tie with whom you'd like to build an alliance. Give that person a small gift, such as forwarding an article or a job posting.