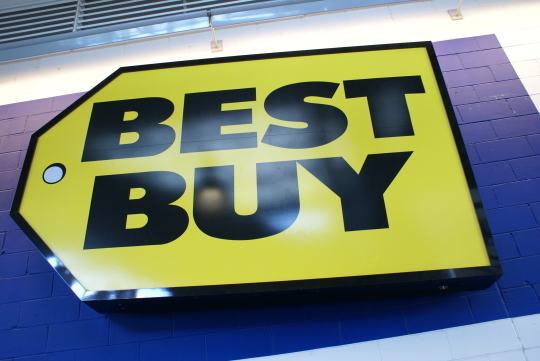 Best Buy is trying to combat the "showrooming" of its stores, as consumers test out products at its stores but go home and buy them cheaper online or at discounters. Interim CEO Mike Mikan has vowed the company is committed to fundamentally changing operations to improve results.

In March, the company announced a restructuring aimed at improving results. At the time, the company said it would close 50 of its U.S. big box stores, cut 400 corporate jobs and trim $800 million in costs. Meanwhile, the company, which has about 1,400 U.S. locations, planned to open 100 smaller and more profitable Best Buy Mobile stores throughout the country.

But shortly after that plan was announced, Best Buy's then-CEO Brain Dunn abruptly left the company and Best Buy said it was investigating his relationship with a female employee. The investigation found he had had an inappropriate relationship with the staffer, and it also led to the departure of founder and chairman Richard Schulze, who knew about the relationship and didn't alert the proper channels.

Since then, Mikan, who is in the running for permanent CEO, has vowed there will be "no sacred cows" as the company reviews its business.

Shares ended Friday trading down 15 cents at $21.59. The stock has fallen 8 percent this year.