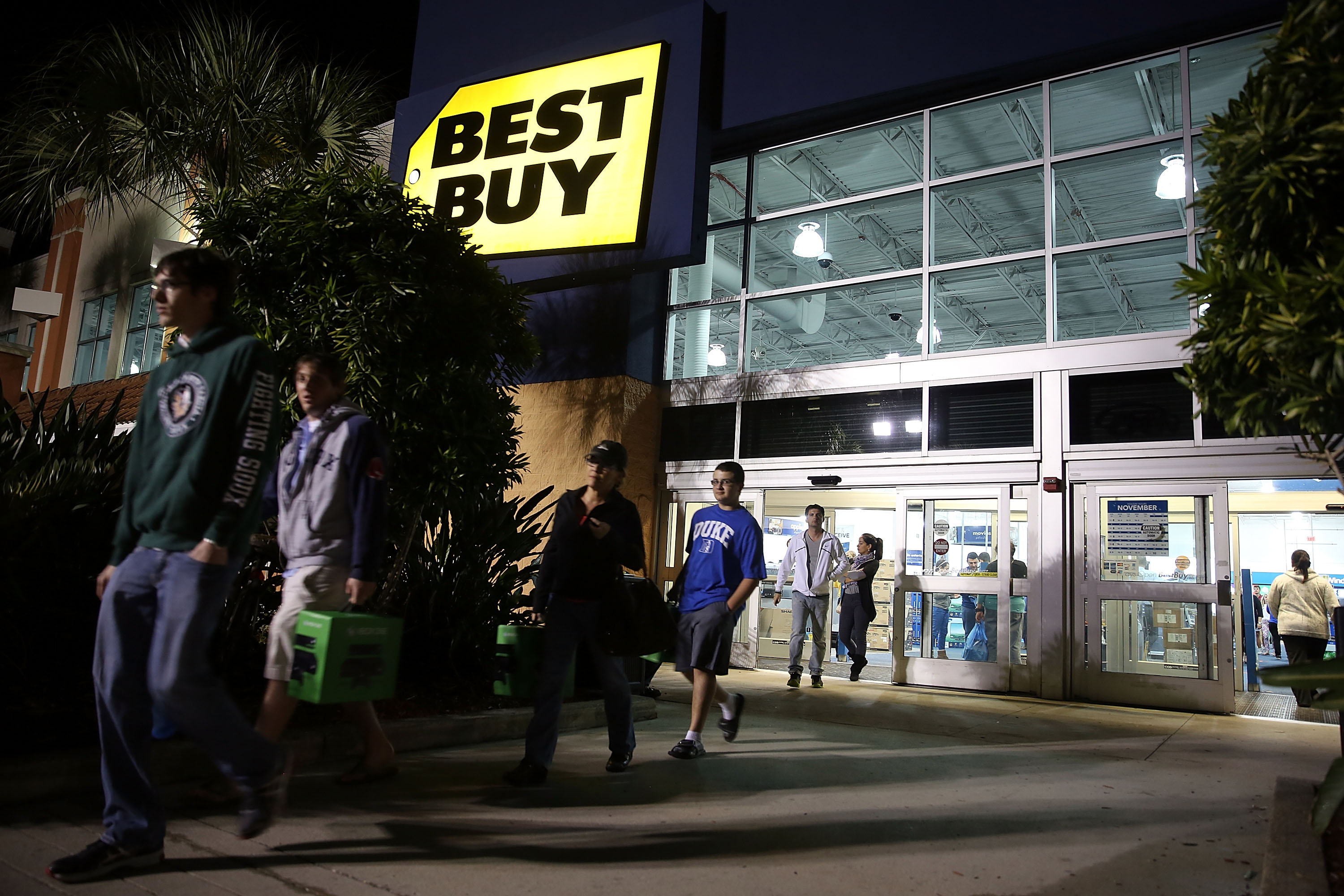 Under CEO Hubert Joly, Best Buy has tried to compete more effectively with rivals, such as Amazon.com (AMZN), by cutting prices. Although that strategy has helped more than double the value of Best Buy's shares over the last year, it also has been more expensive to implement than it expected.

The company said it expects operating income for the last three months of the year to dip compared with the year-ago period, highlighting Best Buy's weak holiday sales. Comparable store sales, a key retail metric measuring activity at stores opened at least a year, fell 0.9 percent in the nine weeks ended Jan. 4. Total sales for the period fell 2.6 percent to $11.5 billion, with the retailer hurt by lackluster demand for wireless phones and other gadgets.

“When we entered the holiday season, we said that price competitiveness was table stakes and an intensely promotional holiday season is what unfolded,” Joly said in a statement.

Best Buy's latest financial results are worrisome for investors because they suggest the company is struggling to attract shoppers even as it offers steep discounts.
“They are positioned as if competition will go away, and it won’t," Wedbush Securities analyst Michael Pachter told Bloomberg News. "The Internet never sleeps.”
In an interview with CNBC, Joly described the results as a "hiccup" and argued that better times are ahead for the retailer.  However, he stressed that righting the ship at Best Buy will take years, a common refrain for corporate leaders hoping for patience from investors.
For now, Wall Street is likely to indulge Joly. Even with today's sharp decline, Best Buy shares are on a  remarkable run, gaining more than 200 percent last year. Its struggles also are not unique. Rival electronics vendor HH Gregg (HGG) also posted subpar holiday sales, as did a slew of other retailers. Those include Lululemon Athletica (LULU) and J.C. Penney (JCP), which on Wednesday said it plans to shutter 33 underperforming stores and shed 2,000 jobs.
Joly has earned kudos from investors for combating the problem of "showrooming," in which consumers got to bricks-and-mortar stores like Best Buy to look at merchandise in person, only to purchase that same product later online at a lower price. The native of France has also brought stability to Best Buy's executive suite. Former CEO Brian Dunn was ousted in 2012 for engaging in an inappropriate relationship with a female employee. Richard Schulze, the company's founder, also left the board of directors last year after it was revealed that he failed to inform his fellow members about Dunn's relationship.
Schulze, now Chairman Emeritus at the company, had reportedly considered making a bid for Best Buy but was unable to get financing. He voiced support for Best Buy's management on Wednesday following the company's weak results.

"I have complete faith in the long-term strategy, and I am confident that management is taking the steps required to win and position the company for a successful future," Schulze said in a statement.