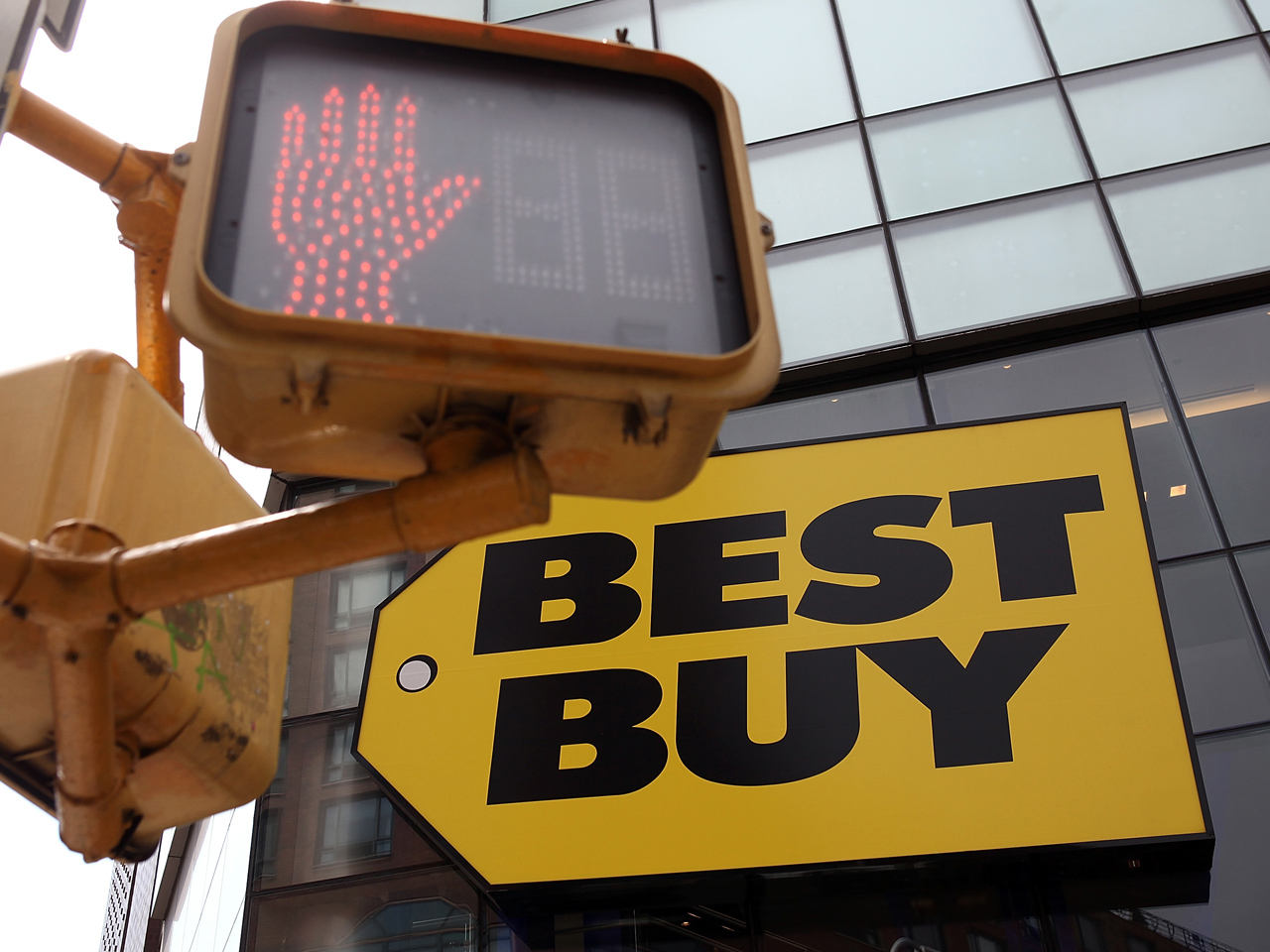 NEW YORK Best Buy (BBY) said Wednesday two executives, including its U.S. president, are leaving the company as it eliminates the most senior level of its U.S. operations, the latest move by CEO Hubert Joly to turn around the struggling electronics chain.

The company also offered a dim view of its upcoming third-quarter financial results, predicting net income would be "significantly below" last year and a key revenue figure would fall. Shares of Best Buy fell 7.5 percent in after-hours trading.

Best Buy is fighting to reverse a two-year decline in its business due to a weak global economy and consumers' changing shopping habits. The Minneapolis-based retailer's stores are becoming less profitable as customers increasingly use them to browse for electronics, then buy them cheaper online or elsewhere. Meanwhile, shoppers are no longer snapping up big-ticket TVs and computers at a fast clip like they used to, instead opting for less-profitable gadgets like cell phones and tablets.

The changes come just as the busy holiday shopping season kicks off, when retailers can make up to 40 percent of annual sales. And they also come as Best Buy co-founder and former Chairman Richard Schulze mulls a plan to take the company private. They are the latest in a raft of management changes at the company.

Since then Best Buy's CFO announced he is leaving when the fiscal year ends in February 2013. And Joly hired Expedia executive Scott Durchslag to head global e-commerce.

On Wednesday, the company said Mike Vitelli, president of Best Buy's U.S. business, will resign when the fiscal year ends Feb. 3. Executive Vice President of U.S. Operations Tim Sheehan will leave the company at the end of the month. Heads of Best Buy's three U.S. groups will now report directly to Joly.

Best Buy said in a statement it was removing the senior-most layer of its U.S. operations to create "a leaner structure intended to improve the company's agility."

"One thing I have learned in helping turn companies around is that a business needs to have a nimble organization," said Joly in a statement.

A broader view of Joly's vision for the company will likely be unveiled at Best Buy's Nov. 1 analyst day meeting, when Joly plans to discuss his assessment of the business.

Meanwhile, the company said it expects third-quarter net income to be "significantly below" last year, due partly to spending on staff training and a decline in revenue in stores open at least a year.

In last year's third-quarter, net income excluding one-time items totaled 47 cents per share. But Best Buy has since changed its fiscal year calendar, so the periods aren't comparable. Analysts expect net income of 38 cents per share for the quarter ending in November.