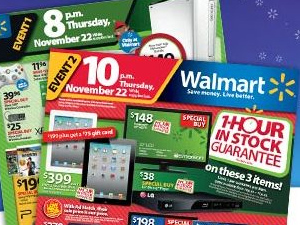 (MoneyWatch) While Black Friday is very important to retailers' bottom lines, it might not be good for yours. There are plenty of reasons not to be among the crowds mobbing stores at midnight on Thanksgiving or early the next morning, including the temptation to overspend, the fact that many of the "deals" are on second-tier products and of course the whole getting-crushed-by-crowds issue.

But if you do join in the frenzied ritual, set a few sensible rules for yourself. First, come up with a budget and stick to it. Make a list of specific items you're looking for and don't stray from those. Retailers use their "door buster" specials as loss leaders in the expectation that they'll make money on your other purchases. And don't assume that low price is the equivalent of good value. Often, you get what you pay for.

Use the Internet to your advantage. Check out this Black Friday Twitter feed. In the calm of your own home, check the websites of stores before you go and decide what items you'll be gunning for once you're inside. Check to see if you can make the purchase online and avoid the craziness altogether. Below, we've compiled a few examples of deals from big retailers, and we've included links to their websites to help you make your list.

Deals available on Friday only: