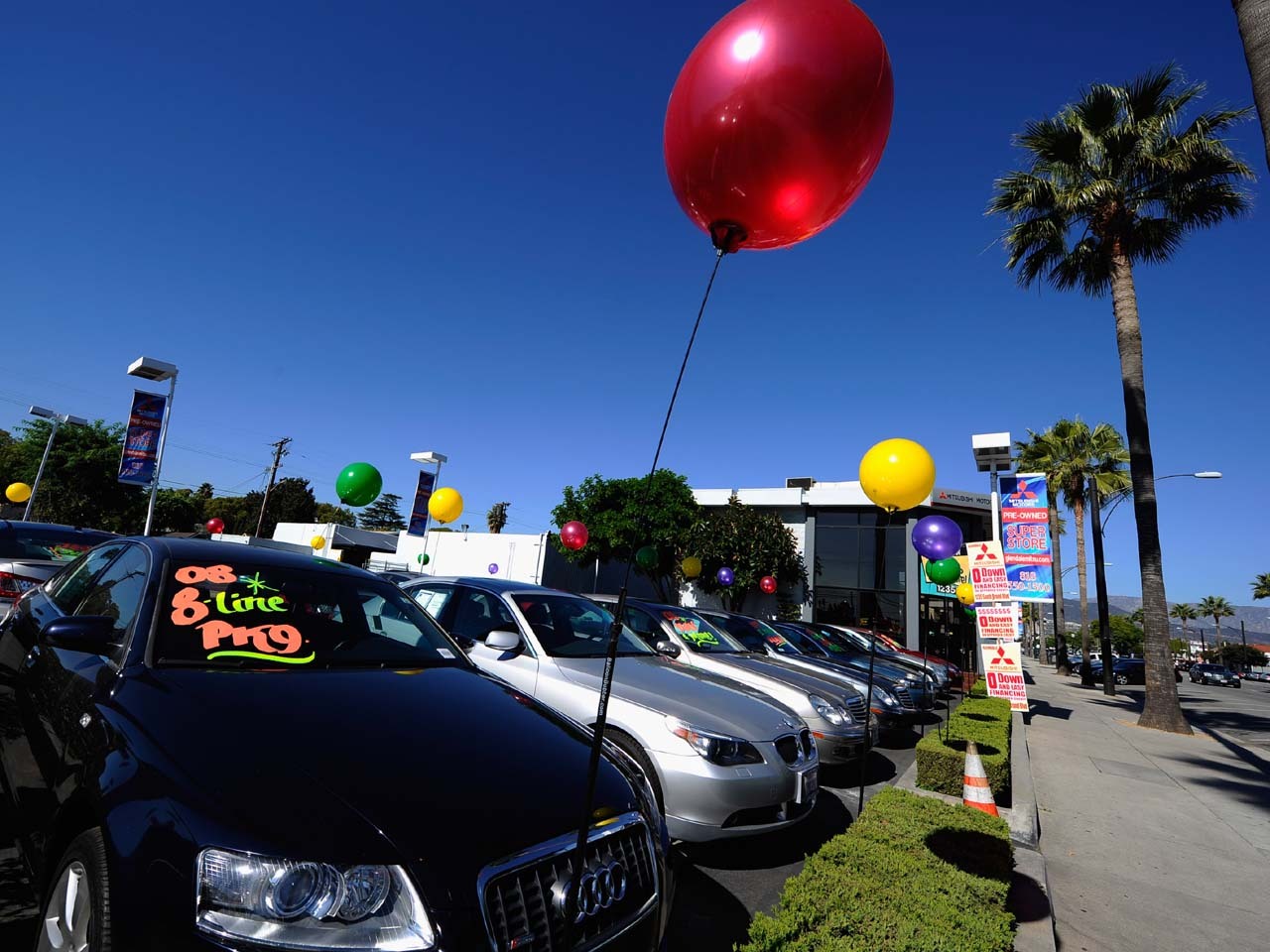 The nip in the air may have you thinking about buying some winter clothes, but you'd be smarter to go shopping for cars in October, according to Deal News, a coupon site that does a monthly evaluation of the best things to buy.

Auto makers are putting the 2012 models on sale, attempting to clear out the aging inventory before January. That can spell good discounts, and often cut-rate financing, which could make those new wheels far more affordable. Meanwhile, retailers save the best deals on high-end television sets until Black Friday, so you'd be crazy to buy now.

Here are the other things you should and shouldn't buy in October:

Bushes and bulbs: Garden centers put their perennial plants on sale now that summer is over, and this is a great time to get them in the ground. Fall storms will help them get established in your soil, so they can blossom and grow in the spring.

Denim: Retailers loaded up on a variety of casual apparel such as denim jeans to handle the back-to-school rush. Now, whether you're looking for Levis, Lee Jeans, Mossimo, MNRKY or Armani Exchange, big retailers like Target are likely to have them on sale. Sure, you could also wait to buy these until Black Friday when they're likely to be sold with coupons and discounts. But the deals are about as good as they're going to get now, so you can beat the rush.

Cars: New models come out in September and as October wears on, dealers get more and more anxious to get rid of last year's models to make way for more current-year inventory. According to Forbes, you can save between 10 percent and 20 percent by getting a 2012 model car now, rather than going for the 2013 model.

Costumes: .Wait...wait for it...You want that Halloween garb now, but if you wait until the holiday is nearly here, costumes are likely to go on sale. And if you can wait a day or two more -- wear last year's costume today and get next year's costume in November -- you'll save far more.

Coats and cold wear apparel: Naturally, the moment you're likely to need them, the price of winter coats soars through the roof. Tough it out with your old stuff now. Coats are likely to go on sale closer to Black Friday.

T.V. sets: These are the hot sellers on Black Friday and virtually no one is putting them on sale now. So if you're looking to upgrade to that 60" flat-screen, hold off. You'll pay lots less in a month. On the bright side, the price of 55" 3D televisions dropped below $1,000 in August. Chances are good that they'll drop back there during holiday sales. If you're looking for a smaller set -- like a 42" -- you should figure that you'll be able to nab one around Black Friday for about $300 -- a fraction of last-year's price.

iPhone 5: It's so hot that retailers have months-long waiting lists. That's not the sort of market where you're going to get a deal. If you want the iPhone 4S, though, now is the time to strike. The early adopters have sold their old -- and just lightly used -- phones to the likes of eBay and other resellers for a fraction of the retail price.

How to sell your old iPhone

Cookware: If you're looking to add items to your cookware collection before the holidays, you'd be wise to hold off. Cookware is likely to be 25 percent cheaper in November, according to DealNews.