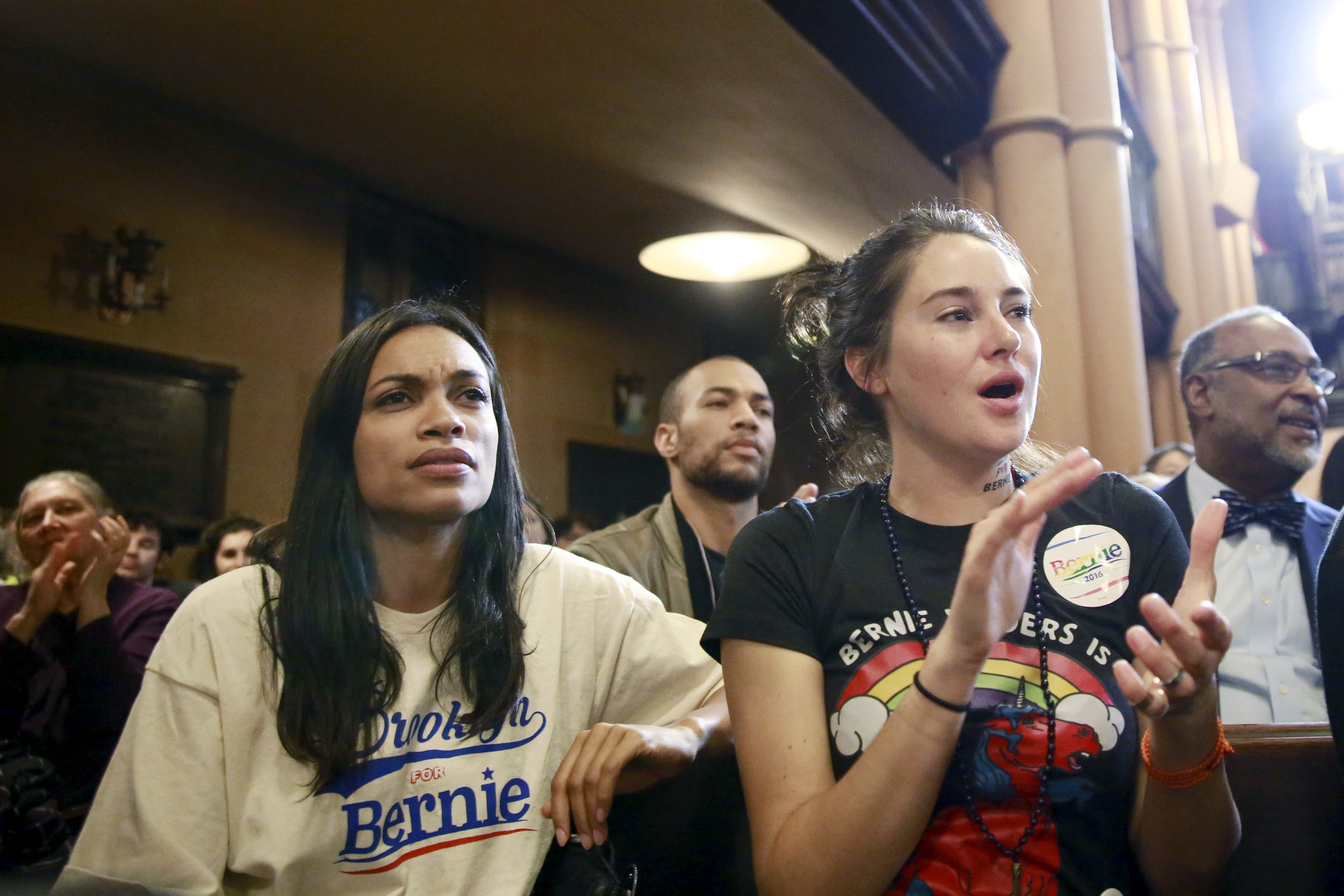 Bernie Sanders on Sunday declined to comment on a remark campaign surrogate Rosario Dawson made at a rally a day earlier in which she brought up Monica Lewinsky.

In an interview on CNN's "State of the Union" on Sunday, the Vermont independent was asked if he thinks it's appropriate for his surrogates to talk about Lewinsky on the campaign trail.

"We have many, many -- Rosario is a great actress, and she's doing a great job for us. And she's been a passionate fighter to see that we see the increase voter turnout, that we fight for racial, economic, environmental justice," Sanders said.

Pushed further, Sanders said, "I have no idea in what context Rosario was talking about her. But I would hope that all of our people focus on the real issues facing working people and the massive level of income and wealth inequality that we have."

At a rally in Wilmington, Delaware on Saturday, Dawson was discussing the issue of cyberbullying and reportedly suggested that Clinton's campaign is engaging in such behavior.

"We are literally under attack for not just supporting the other candidate," Dawson said as she introduced Sanders. "Now, I'm with Monica Lewinsky with this. Bullying is bad. She has actually dedicated her life now to talking about that. And now, as a campaign strategy, we are being bullied, and, somehow that is okay and not being talked about with the richness that it needs."

Lewinsky, of course, was the White House intern President Bill Clinton had an affair with while in office.

This came just a few days before Tuesday's primaries in five states.

Clinton spokesman Nick Merrill told CNN that her campaign would "absolutely not" address Dawson's comments and added, "You could ask the Sanders campaign why they encourage this vitriol in the vicinity of their candidate by staying silent."