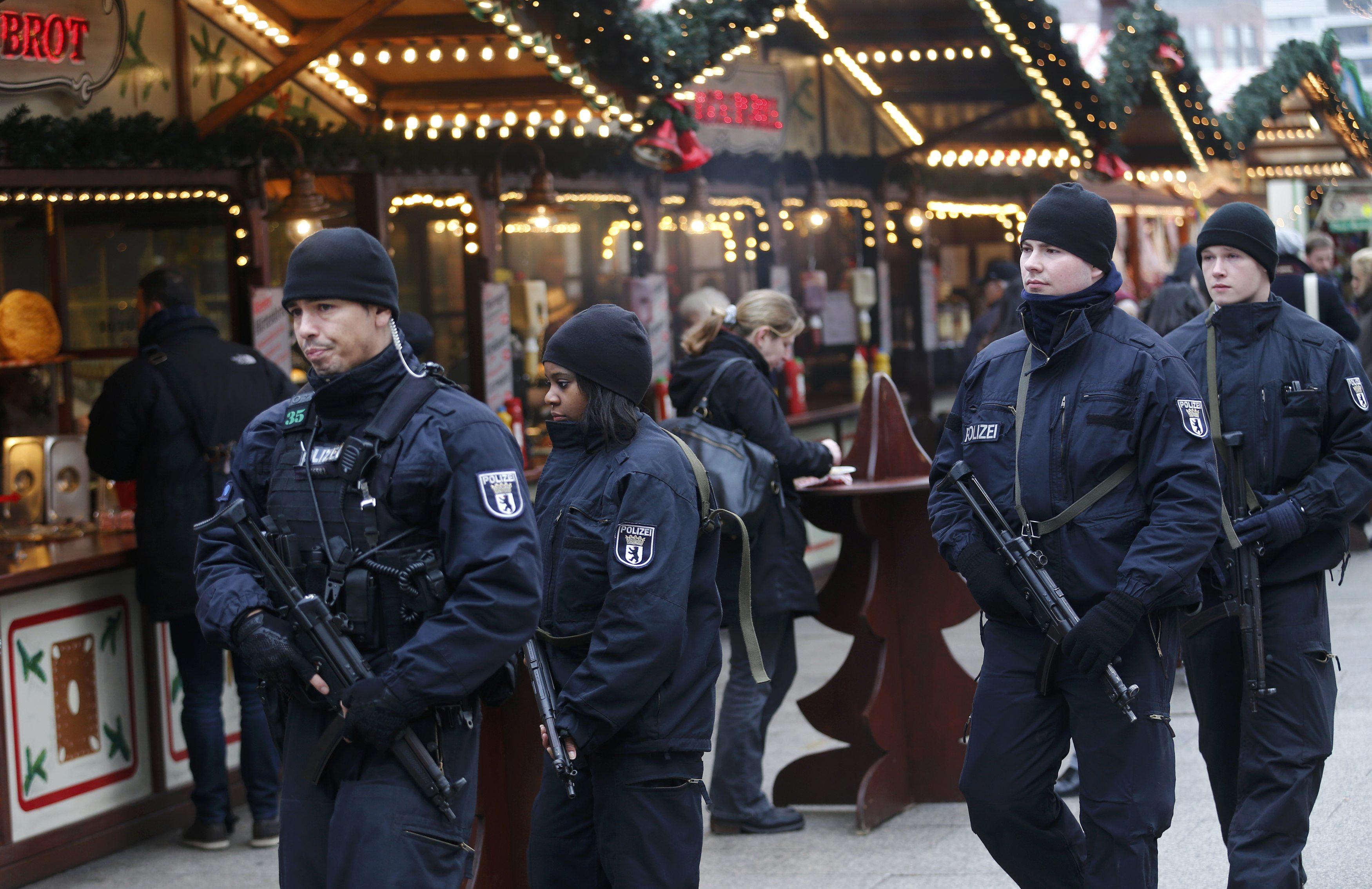 BERLIN -- An official at the U.S. Embassy in Germany confirmed Thursday that two Americans were among those injured in the truck attack earlier this week on a popular Berlin Christmas market.

One of the U.S. nationals has already been released from a Berlin hospital, an embassy official told CBS News.

The hunt for the young Tunisian man suspected of involvement in the attack, which saw a truck loaded with tons of steel careen through the packed market, killing a dozen people, continued Thursday morning.

CBS News correspondent Charlie D’Agata says armed German police in Berlin and far beyond went on the hunt for their new target -- and anyone who might have been providing him help or support.

As it turns out, the face of Germany’s prime suspect was a familiar one to German authorities. The Europe-wide police alert names him as Anis Amri, a Tunisian national, but then lists six false names and multiple nationalities he’s used. The alert warns he should be considered armed and dangerous.

“We can tell you today that there are additional indications that this suspect is with high probability really the perpetrator,”he said after visiting the Federal Criminal Police Office along with Chancellor Angela Merkel.

German media also reported that documents relevant to Amri’s previous asylum application had been found in the cab.

Video posted on a Facebook page attributed to Amri is one of the few moving images of the suspect.

So far, investigators trying to piece together his past know Amri crossed into Germany in July 2015. He applied for asylum, but was rejected in July 2016.

He was already known to authorities as a possible terror threat, and had been under surveillance until just three months before this week’s attack because of alleged ties to Abu Walaa, an Iraqi who was arrested in Germany only last month, accused of recruiting fighters for ISIS.

Amri should have been deported from Germany after his asylum request was denied. He was even in police custody after being caught with fake papers. But he slipped through Germany’s law enforcement net, and now officials are asking how that happened.

In his native Tunisia, Amri’s brother Walid has said he and his family are “shocked” by his brother’s alleged involvement in the attack.

‘If he can see me now, I would tell him ‘you should not have done this,’” Walid Amri told the Associated Press. In a separate interview, Walid told Sky News Arabia that he believed his brother became radicalized while serving a three or three and a half year sentence in Italy as a juvenile, where he was locked up after allegedly starting a fire at a center for migrants.

“It’s the time he did in Italy that changed him,” Walid told Sky. “When he left here, he was a normal person; he used to drink alcohol, he did not pray. He got into religion during his time in prison after he’s met with many people inside. He met with Algerians, Egyptians, Syrians, and others from all over the place.”

Sources confirm to CBS News that Anis Amri was placed on the U.S. no-fly list in July of this year, after German authorities advised he was under investigation for links to terrorism.

As D’Agata reports, for the German government, Amri now presents a worse-case scenario; a failed asylum seeker with connections to ISIS, an alleged mass murderer... and still on the run.