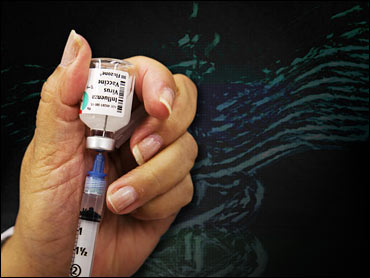 WASHINGTON - The Food and Drug Administration on Wednesday approved the first new drug to treat lupus in over 50 years, a milestone that medical experts say could prompt development of other drugs that are even more effective in treating the debilitating immune system disorder.

Known as Benlysta, the injectable drug is designed to relieve flare-ups and pain caused by lupus, a little-understood and potentially fatal ailment in which the body attacks its own tissue and organs.

The companies estimate there are at least 200,000 lupus patients in the U.S. who could benefit from the drug.

But experts stress that Benlysta is not a miracle drug: It only worked in 35 percent of North American patients tested and was not effective for patients with the deadliest form of the disease. Additionally, it did not show positive results in African Americans, who are disproportionately affected by lupus.

FDA said in its news release it would require the drug developers to conduct another study exclusively in African Americans.

Dr. Betty Diamond, who has studied lupus for 30 years, said Benlysta should provide encouragement to researchers and drug developers.

"It will send out the message that it's possible to conduct a successful clinical trial in lupus and that's tremendously important to keep the pharmaceutical industry interested in this disease," said Diamond, a researcher at the Feinstein Institute in New York.

Janice Fitzgibbon of McLean, Virginia has been taking Benlysta for two years as part of the drug's clinical trial program.

"It's given me my life back," she said, after being so crushed by pain that she couldn't take her dog for a walk or drive her children to school.

"It's a bittersweet thing for me because I have friends with lupus for whom this drug won't work," said Fitzgibbon, who is 54. "There's no one-size-fits-all for lupus and I'm just extremely fortunate that my lupus is mild and is helped by Benlysta."

FDA approved the drug for systemic lupus erythematosus, the most common form of the disease. Ten-year survival for patients diagnosed with the illness is more than 85 percent, according to the National Institutes of Health.

Lupus patients have long struggled to draw attention to their disease, which affects women nine times more than men. African Americans are three times more likely to have the disease.

Lupus causes fibrous tissue and inflammation of internal organs, skin rashes and joint pain. Most of Benlysta's benefit came from relieving muscle inflammation versus organ problems, as measured on a comprehensive checklist of lupus symptoms.

The disease occurs when the body's protector cells, known as antibodies, stop differentiating between foreign invaders, like bacteria, and healthy cells. The cause of this malfunction is not understood.

Currently most patients treat their disease with a variety of drugs that help ease inflammation, including painkillers, steroids and antimalarial drugs — which were first approved for lupus in the 1950s. Many patients say the side effects of those treatments are nearly as uncomfortable as the disease itself. Steroids can cause bone fractures, weight gain and infection.

Wednesday's approval completes a remarkable turnaround for Rockville, Md.,-based Human Genome Sciences which has been developing Benlysta since 1996 and has no other products on the market. The company originally tested Benlysta, known generically as belimumab, as a treatment for rheumatoid arthritis.

When a mid-stage trial in lupus patients failed to meet researchers' goals in 2006, many analysts wrote the drug off and downgraded the company's stock. But when scientists reanalyzed the data they found that the drug helped block the antibodies that cause lupus symptoms in a subset of patients.

Human Genome Sciences' stock has ballooned in the last two years — from 70 cents to roughly $25 per share — as the company's prospects have improved. Trading in its shares was halted pending the release of the FDA news after the market's close Wednesday. GlaxoSmithKline shares rose $1.36, or 3.5 percent, to $39.94 in extended trading.