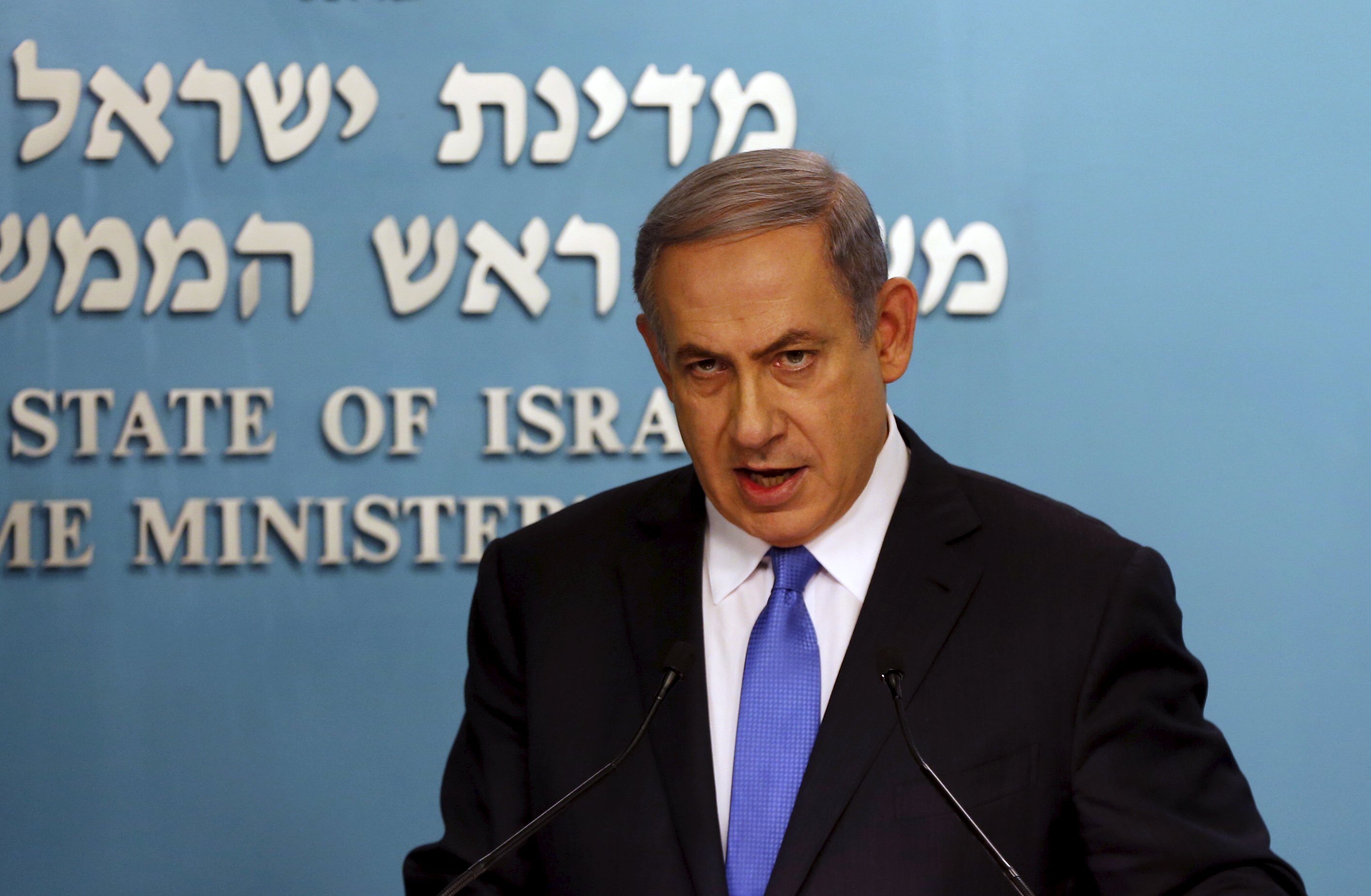 JERUSALEM -- Israeli Prime Minister Benjamin Netanyahu stepped up his criticism Wednesday of the U.S.-led nuclear deal with Iran, telling CBS Evening News anchor Scott Pelley that the agreement is a "very dangerous deal for the world" and warning that Israel has a "great and mighty" strength to defend itself.

"Giving the preeminent terrorist state of our time access to nuclear technology that they will ultimately turn into an arsenal of nuclear weapons and hundreds of billions of dollars to finance their terror machine is bad for everyone," Netanyahu told Pelley.

The Israeli leader said Iran is "the enemy of peace" and the deal - despite the restrictions it places on Tehran's nuclear program - was "legitimizing their path to a future bomb" within a few years.

"Don't let them have their yellowcake and eat it too," Netanyahu said, referring to milled uranium oxide, which is the first step toward enriched uranium.

Netanyahu's war of words came as his political rival, Isaac Herzog, announced he would go to the U.S. to lobby for a compensation package to insure Israel's military advantage in the region.

Herzog's trip reflects the broad opposition to the deal in Israel, where most politicians fear the deal will fail to stop Iran from developing nuclear weapons while strengthening the Islamic Republic's support for Israel's staunchest enemies.

Addressing parliament, Netanyahu reiterated that Israel was not be bound by the deal and said Israel would continue to oppose it.

"All the more so, we will reserve our right to defend ourselves against all of our enemies," he said. "We have strength, and it is great and mighty."

Israel's first course of action is expected to be a lobbying effort in the U.S. Congress ahead of a review of the deal. But even there, its influence will be limited since President Barack Obama does not need congressional approval.

The Republican-led Congress will instead likely try to derail the deal by passing new sanctions or preventing Obama from lifting existing sanctions - the key incentive for Iran to comply with the deal. Obama has said he would veto any resolutions undermining the deal.

In the first sign of Israeli diplomatic action, Herzog soon will travel to Washington.

"We must enter dialogue with our big ally, the U.S.," Herzog said in parliament.

In a videotaped statement posted on his Facebook page, Herzog said he had spoken with officials of pro-Israel lobbying group AIPAC and other U.S. groups, and would be headed to the U.S. "to ask that Israel gets a security umbrella and a series of steps to allow Israel to maintain its advantage in the region due to the new reality coming out of the deal."

Herzog has criticized Netanyahu over the deal, saying the Israeli leader unnecessarily antagonized the U.S. and other allies during negotiations. In March, Netanyahu voiced his opposition to the emerging deal in a speech to the U.S. Congress that enraged the White House.

But in a meeting with Netanyahu late Tuesday, Herzog promised "to do everything for the security of Israel" in light of the Iranian deal, according to a statement from Netanyahu's office.

"Our national security is not a matter of dispute," Netanyahu's office quoted Herzog as saying.

Israeli politicians say the deal won't block Iran from building nuclear weapons. They also say that by easing sanctions, Iran will gain access to tens of billions of dollars, some of which could be funneled to militant anti-Israel groups like Hamas and Hezbollah. Israeli leaders say a nuclear Iran is an existential threat to Israel because Iranian leaders have called for Israel's destruction.

"Not everyone has learned the lessons of history. Today, the world powers have fallen in a trap of smiles set by the tyrannical Iranian regime," Netanyahu said.

Netanyahu said he reviewed the deal at night, and that it includes "absurd things." He objected to a clause that requires international inspectors who suspect violations of the deal to give Iran 24 days before inspectors can actually enter the site.

"It's like giving a crime organization that deals in drugs a 24-day notice before checking its drug lab," Netanyahu said.

He also objected to a clause that allows new investors in Iran to continue investments if additional sanctions are imposed on Iran in the future.

And he openly wondered whether one of the names of people listed as those who would be freed of sanctions, Gen. Qassem Soleimani, was the man who heads Iran's elite Quds Force of the Revolutionary Guard.

"If this is a different Soleimani, it would be good to know, because if not the absurdity crosses all lines," Netanyahu said.