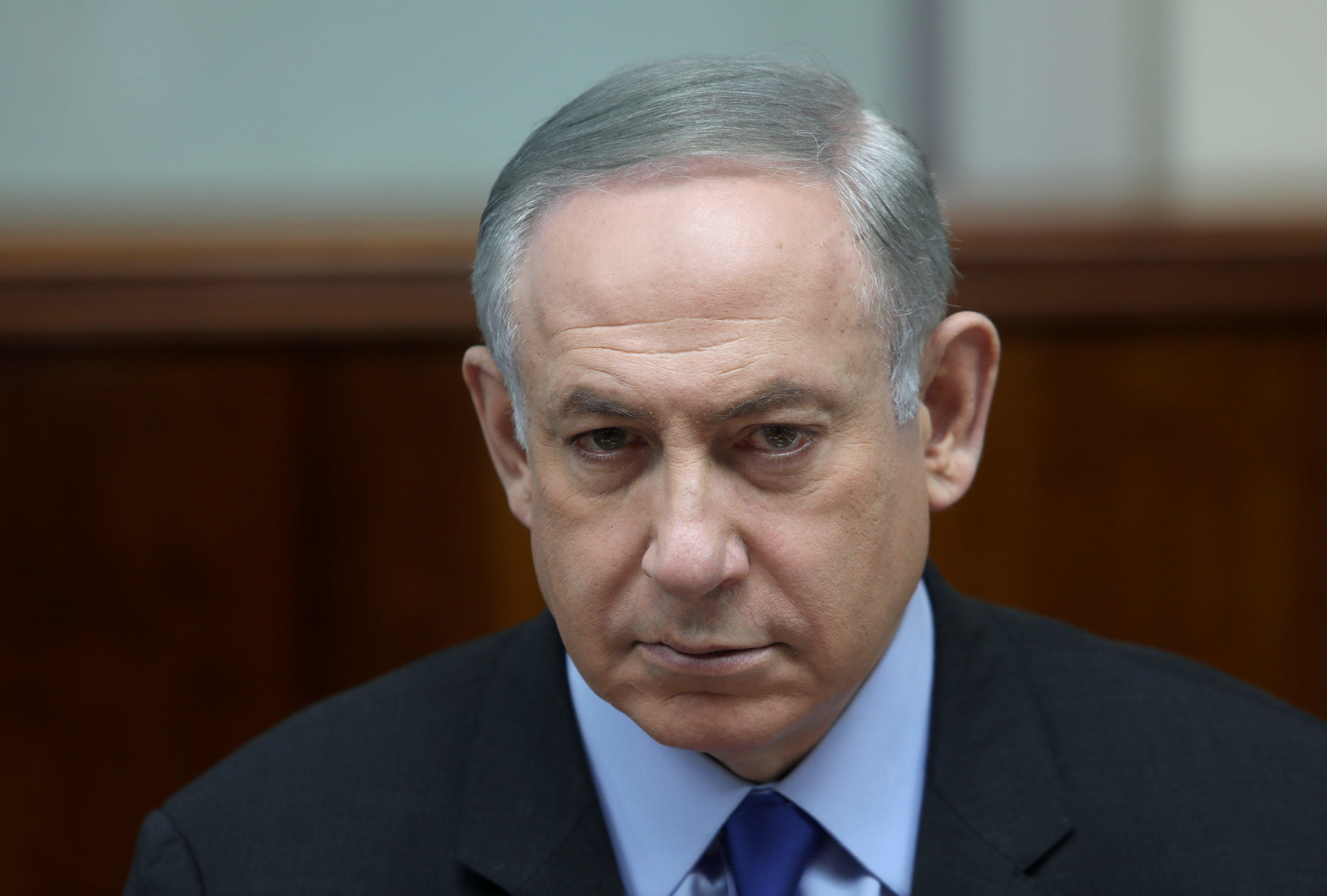 According to two former Obama administration officials, Kerry proposed regional recognition of Israel as a Jewish state -- a key Netanyahu demand -- alongside a renewal of peace talks with the Palestinians with the support of the Arab countries.

Netanyahu rejected the offer, which would have required a significant pullout from occupied land, saying he would not be able to garner enough support for it in his hard-line coalition government.

The initiative also appeared to be the basis of short-lived talks with moderate opposition leader Isaac Herzog to join the government, a plan that quickly unraveled when Netanyahu chose to bring in nationalist leader Avigdor Lieberman instead and appoint him defense minister.

Two former top aides to Kerry confirmed that the meeting took place secretly on Feb. 21, 2016. According to the officials, Kerry tried to sweeten the 15-year-old “Arab Peace Initiative,” a Saudi-led plan that offered Israel peace with dozens of Arab and Muslim nations in return for a pullout from territories captured in the 1967 Mideast war to make way for an independent Palestine.

Among the proposed changes were Arab recognition of Israel as the Jewish state, recognition of Jerusalem as a shared capital for Israelis and Palestinians, and softened language on the “right of return” of Palestinian refugees to lost properties in what is now Israel, the former officials said.

The officials, speaking on condition of anonymity because they were still not authorized to discuss the secret meeting publicly, said the Egyptian and Jordanian leaders reacted positively to the proposal, while Netanyahu refused to commit to anything beyond meetings with the Palestinian President Mahmoud Abbas.

One of the officials said the main purpose of the meeting was to start a regional peace process that Netanyahu said he wanted. However, he said it was not clear if the Arab states would have gone along with it either.

He said it appeared that Netanyahu was not interested in more than meeting Abbas and some Arab leaders and promising unspecified confidence building steps. This was not enough for anyone at the meeting and would not have been enough to get other Arab states to even express willingness to pursue a regional approach, the former official said.

“We saw it as building on, or updating, but certainly not superseding” the 2002 Arab initiative, one of the officials said.

A second former official said other Gulf Arab countries, including Saudi Arabia, along with the Palestinians, the Europeans and the Russians, were also consulted as part of the process.

The officials said opposition inside Netanyahu’s hard-line government, which is dominated by nationalists opposed to Palestinian independence, presented a formidable obstacle. But he said the Arab partners also showed varying degrees of enthusiasm, with the Palestinians most concerned about concessions forced on them.

In Cairo, el-Sissi’s office issued a statement late Sunday that appeared to implicitly confirm that the meeting took place. It said Egypt been working toward a two-state solution for the Israeli-Palestinian conflict. “It is in this framework that Egypt has sought to bring closer the positions of the relevant parties and supported any meetings or initiatives aimed at discussing Practical ideas that would revive the peace process,” said the statement without directly mentioning the Aqaba meeting.

Netanyahu himself did not address the newspaper report in his weekly Cabinet meeting and his office refused to comment. Instead, the prime minister focused on last week’s visit to Washington to meet new President Donald Trump.

At that meeting, both Trump and Netanyahu talked of searching for new ways forward with the Palestinians and raised the possibility of involving the broader Arab world in a new peace process.

Netanyahu called the meeting “historic” and one that strengthened the two countries’ longtime alliance. He said at the end of meeting, Trump shook his hand and told him it was a “new day” in Israeli-American relations.

After eight years of testy ties with Barack Obama, Netanyahu seems to be relishing Trump’s warm embrace. The new president has broken from his predecessor in adopting friendlier positions to the Israeli government regarding a tough line on Iran, a vaguer stance on Palestinian statehood and a more lenient approach to West Bank settlements.

Netanyahu said the two leaders see “eye to eye” on Iran and a host of other issues. “There is a new day and it is a good day,” he said.

But in a joint press conference last week, behind the warm smiles there were signs of trouble ahead.

In a striking departure from longtime American policy, Trump also refrained from supporting a two-state solution to the Israeli-Palestinian conflict.

While this pleased Netanyahu’s hard line coalition partners, Trump still said whatever solution is reached would have to be acceptable to both sides.

That has raised questions about what kind of agreement could be reached. The alternative, a single binational state, could require Israel to grant citizenship to millions Palestinians under its control, threatening its status as a Jewish-majority democracy.

Lieberman, the Israeli defense minister, said that for him a Palestinian state remains the preferred outcome - and it should come through the type of regional structure Netanyahu reportedly rejected.

“My vision, it’s the endgame no doubt, two-state solution. I believe that it’s necessary for us to keep the Jewish state,” he said at the Munich Security Conference. “The Palestinians don’t have capacity to sign a lone final status agreement with Israel. It’s possible only as a part of an all-regional solution, not an incremental process but simultaneously.”