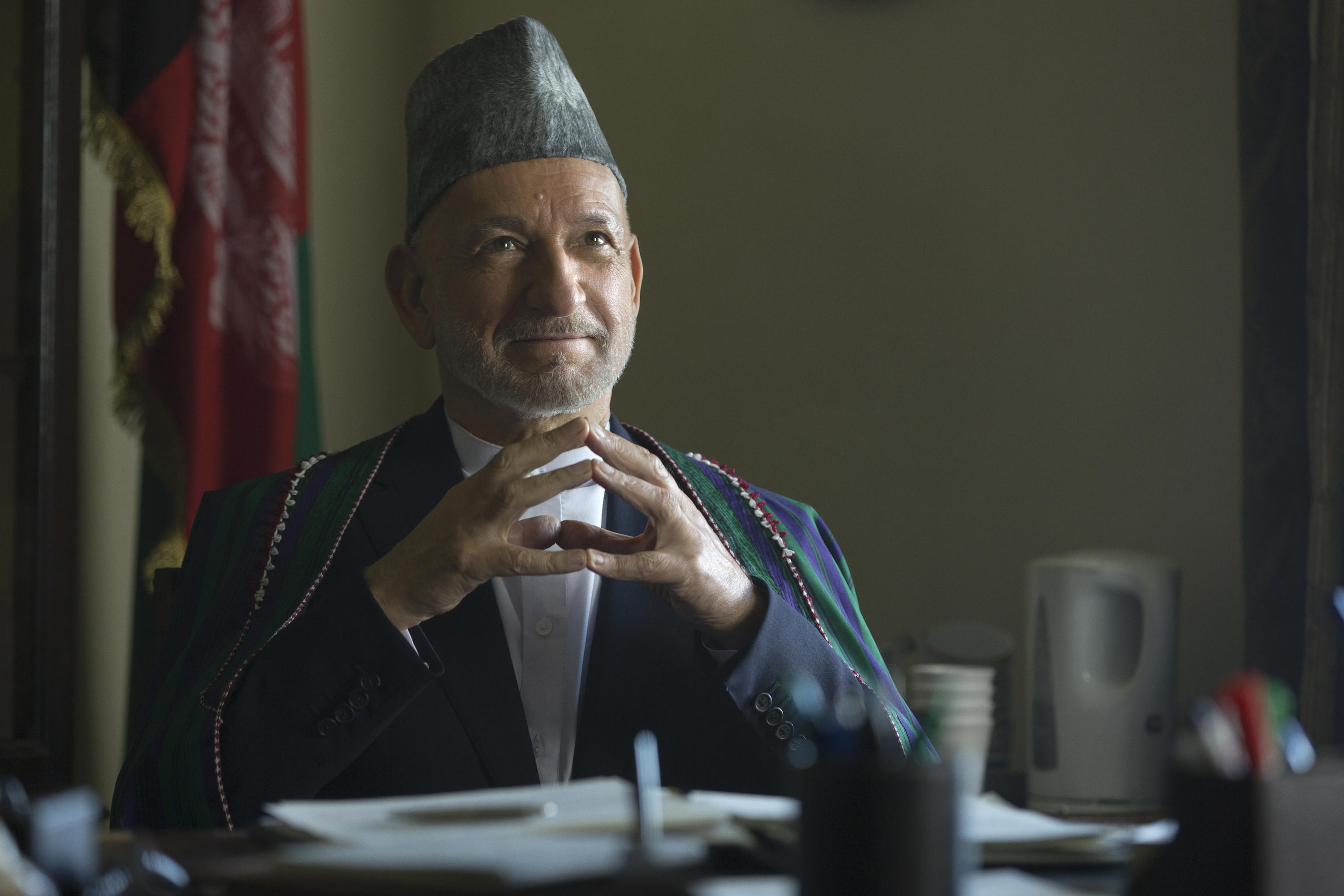 The Oscar-winning actor spoke with CBS News about embodying Karzai, working opposite Brad Pitt and his personal connections to Afghanistan.

You're playing a real person in this film, while most of the characters are fictionalized. Had you met President Karzai?

I was able to visit Afghanistan in 2005 or 2006 when the Taliban were pushed back sufficiently to allow school girls to return to school un-harassed and unpunished. I went with Save The Children, and I had occasion to have dinner as a guest of Professor Ghani, who was then the head of Kabul University, and has now become President of Afghanistan. So whilst never having the occasion to meet President Karzai, I did in fact meet his successor.

I was only there for about 10 days, but I was able to bring that modest perspective to the film because I was not walking around in uniform. How can you tell what a country is like if you have to walk around in your uniform? You're looked at and perceived a certain way that prohibits you from seeing what the country's really like, and the country will never respect you.

One of my colleagues from Save The Children did have occasion to spend some time with the U.S. chaps based over there, who were not really able to get to know or see the country. I remember one of the wonderful guys on the ground -- boots on the ground -- asked one of our colleagues, "What's Afghanistan like?"

How did you go about working with Brad Pitt for your scenes together?

I had met Brad Pitt socially on one or two lovely occasions. However brief with certain actors -- with certain people -- intuition tells you, "Ah, there's a man with whom I could get on really well." Then, I found on set, under the wonderful direction of David Michod, that we had a working rhythm that was quite joyful.

It was like two tennis players who were playing -- in the same game, but I would hesitate to call them opponents, because there was such a joy in the way we hit the dialogue back and forth like a tennis match. Of course, portraying President Karzai is hard work -- I'm not saying it's a doddle, of course it's not. However, working with Brad, if I may say so, felt sublimely effortless in that we completely understood our narrative functions in the film. We really acted as a pair. It was truly delightful and heartwarming to feel such a comradeship with him on such a brief acquaintance, because he's an actor for whom I have enormous admiration.

May I tell you a lovely story from on set?

There is a portrait of me as Hamid Karzai in my chambers in the film. One of the guys who plays one of my assistants in his presidential palace was from Afghanistan. He taught me a few words of Pashto. I so enjoyed working with this guy, so I asked the relevant department if it would be appropriate to allow him to have the portrait of me as Karzai as a keepsake. He was thrilled. He took away the portrait -- not of his ex-president, but of me as his ex-president. Somewhere, it's hanging on somebody's wall.

I imagine it could create some rather interesting discussions at home.

"War Machine" is available to stream on Netflix.