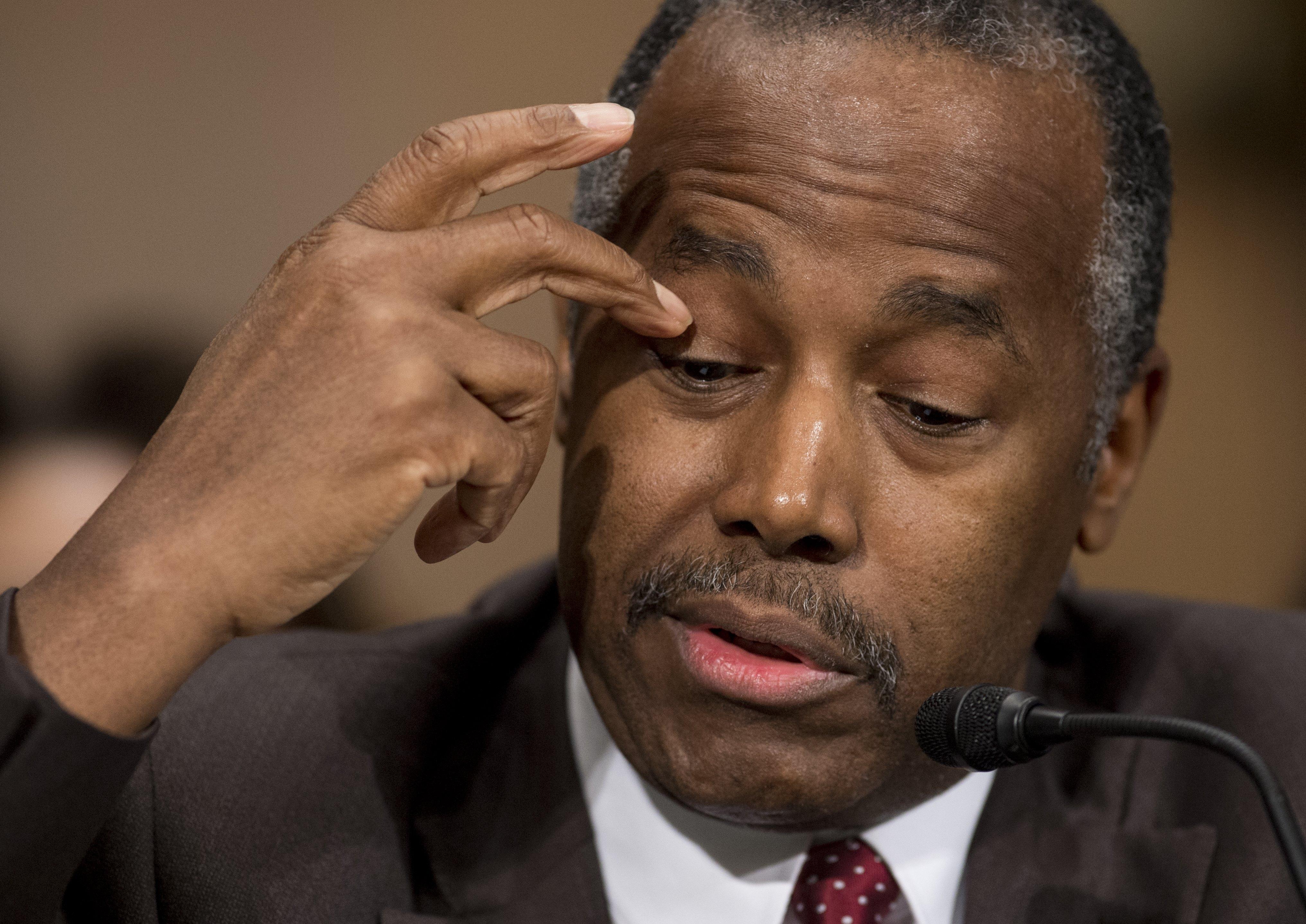 Ben Carson refused Thursday before a Senate confirmation hearing to guarantee that the Department of Housing and Urban Development (HUD) -- which President-elect Donald Trump has tapped the neurosurgeon to lead -- would not financially enrich the Trump family’s vast business empire in any way.

When pressed by progressive firebrand Elizabeth Warren, the Democratic senator from Massachusetts, over where Carson stands on the issue, Carson responded: “I can assure you that the things that I do are driven by a sense of morals and values and therefore I will absolutely not play favorites for anyone.”

Warren attempted to pin down a more specific promise from Carson, saying “my concern is whether or not -- among the billions of dollars you will be responsible for handing out in grants and loans -- can you just assure us that not one dollar will go to benefit either the president-elect or his family?”

“It will not be my intention to do anything to benefit any - any American… it’s for all Americans, everything that we do,” Carson said to the Senate Banking, Housing and Urban Affairs committee.

“Do I take that to mean that you may manage programs that will significantly benefit the president-elect?” Warren asked.

The neurosurgeon’s response: “You can take it to mean that I will manage things to benefit the American people.”

Carson, who has no experience in government or housing and urban policies, faced few questions from senators on qualifications to run the agency.

In his opening statements, Carson compared his lack of specific expertise in housing development to how a “good CEO” leads a company -- though he “doesn’t necessarily know everything about the business,” it’s “one of the marks of good leadership” that he can appoint people who do.

For his bona fides on housing policy, the former Republican presidential candidate also pointed to his personal experiences growing up in Detroit and later his familiarity with east Baltimore while he was the director of pediatric neurosurgery at Johns Hopkins Hospital.

Some Republicans jokingly noted that despite Carson’s lack of professional experience in the realm of housing policy -- as South Dakota Sen. Mike Rounds phrased it -- “handling this department is not necessarily brain surgery.”

Carson, in his opening remarks, further said he would emphasize a more “holistic” approach to urban policy if he is confirmed, saying that he wants to “bring some healing” to residents in inner cities and suggesting public-private partnerships as a means to do so. And though he blasted intergenerational government “dependence” on policies like rental assistance, the Cabinet nominee said he still sees a necessary role for government.

He also faced questions on whether he would uphold anti-discrimination laws in place to protect LGBTQ communities -- a concern for some Democrats given the conservative’s staunch anti-gay marriage views. He assured the Senate Banking, Housing and Urban Affairs Committee, however, that he would “absolutely” protect against housing discrimination.

On another specific policy issue, Carson continued his criticisms of President Obama’s latest rules on fair housing, which requires cities to identify and reverse any patterns of racial bias on housing.

“That act says that we want people who are receiving HUD grants to look around and see if they find anything that looks like discrimination and then we want them to come up with a solution,” Carson said.

“They’re saying go and look for a problem and give us a solution...I don’t have any problem with affirmative action or integration, I have no problem with that at all. But I do have a problem with people on high dictating it when they have no idea what’s going on in an area.”