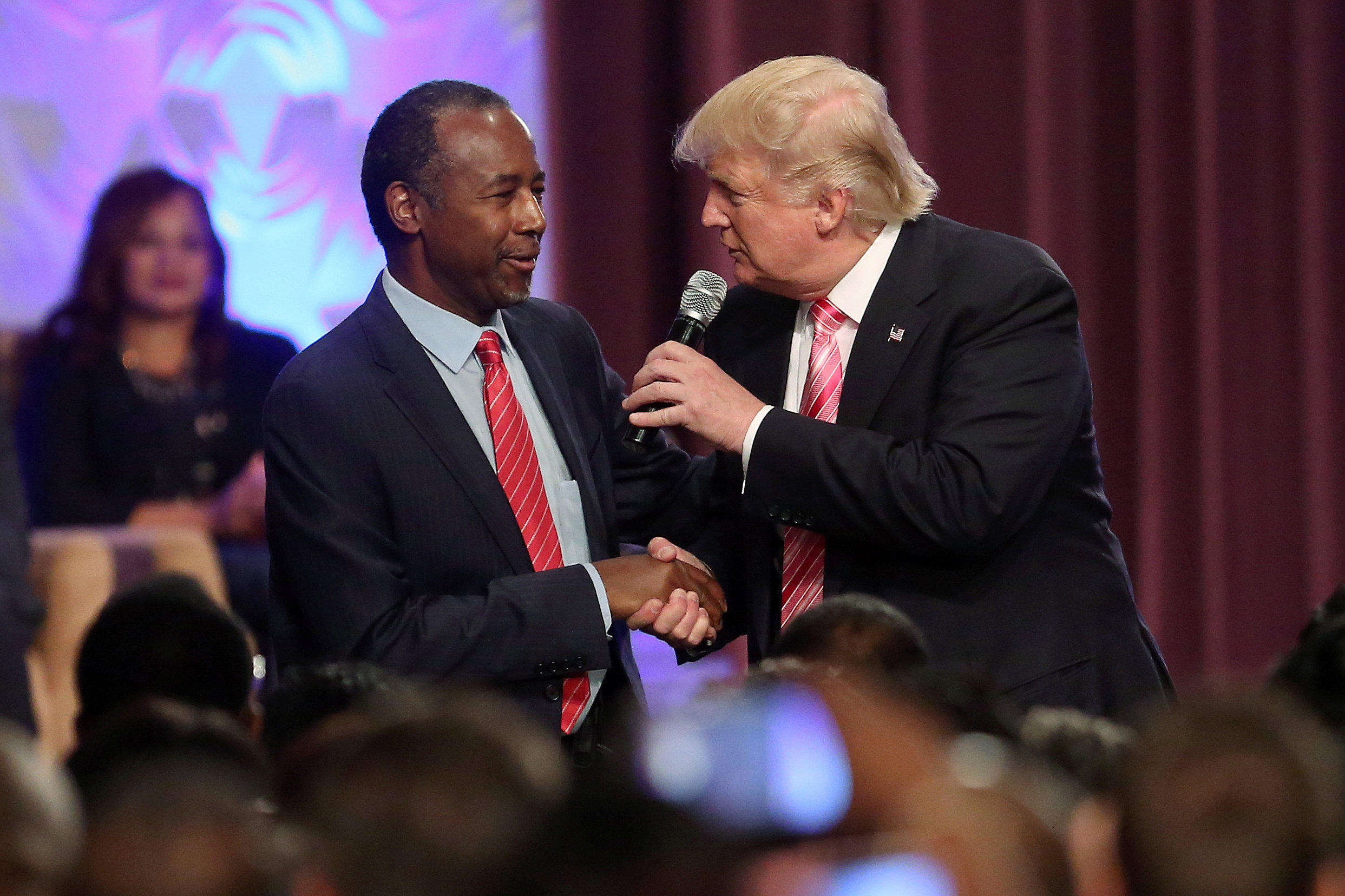 Dr. Ben Carson will be Donald Trump’s nominee for secretary of the Department of Housing and Urban Development (HUD), the president-elect’s transition team confirmed Monday morning.

“Ben Carson has a brilliant mind and is passionate about strengthening communities and families within those communities,” Mr. Trump said in a statement released by his team. ”We have talked at length about my urban renewal agenda and our message of economic revival, very much including our inner cities. Ben shares my optimism about the future of our country and is part of ensuring that this is a Presidency representing all Americans. He is a tough competitor and never gives up.”

Carson heavily hinted at the HUD position in a Facebook post days earlier, writing, “After serious discussions with the Trump transition team, I feel that I can make a significant contribution particularly to making our inner cities great for everyone.”

“I am honored to accept the opportunity to serve our country in the Trump administration,” Carson was quoted as saying in the statement released Monday. “I feel that I can make a significant contribution particularly by strengthening communities that are most in need. We have much work to do in enhancing every aspect of our nation and ensuring that our nation’s housing needs are met.”

Carson, who has never held elected office and failed earlier this year in a bid for the Republican presidential nomination, speculated to Fox News before Thanksgiving that Mr. Trump’s consideration for the HUD position was in part due to Carson’s upbringing.

“I grew up in the inner city and have spent a lot of time there, and have dealt with a lot of patients from that area and recognize that we cannot have a strong nation if we have weak inner cities,” he said Tuesday.

The 65-year-old has no previous policy experience in the field of urban development.

“Dr. Ben Carson is a disconcerting and disturbingly unqualified choice to lead a department as complex and consequential as Housing and Urban Development,” she wrote in a statement, adding, “There is no evidence that Dr. Carson brings the necessary credentials to hold a position with such immense responsibilities and impact on families and communities across America.”

Carson, who was raised in an impoverished area of Detroit, later rose to prominence as a renowned neurosurgeon. Hedrew national political attention this year when he ran in the 2016 Republican primary race.

While his presidential campaign was short-lived, Carson has continued to make headlines with his early endorsement of Mr. Trump, and his advisory role with the president-elect.

In September, Mr. Trump toured Carson’s boyhood neighborhood in Detroit with the retired doctor by his side. During that trip, the then-GOP nominee pitched African Americans on his plans for inner cities and promised a “civil rights agenda for our time.”

Carson’s role in the coming administration was unclear as late as last week. Even the neurosurgeon’s longtime friend and adviser, Armstrong Williams, told The Hill that Carson wasn’t interested in running a government agency because he’d never served in a federal capacity.

“Dr. Carson feels he has no government experience, he’s never run a federal agency,” Armstrong said Tuesday. “The last thing he would want to do was take a position that could cripple the presidency.”

Biden: Democrats and GOP can work together