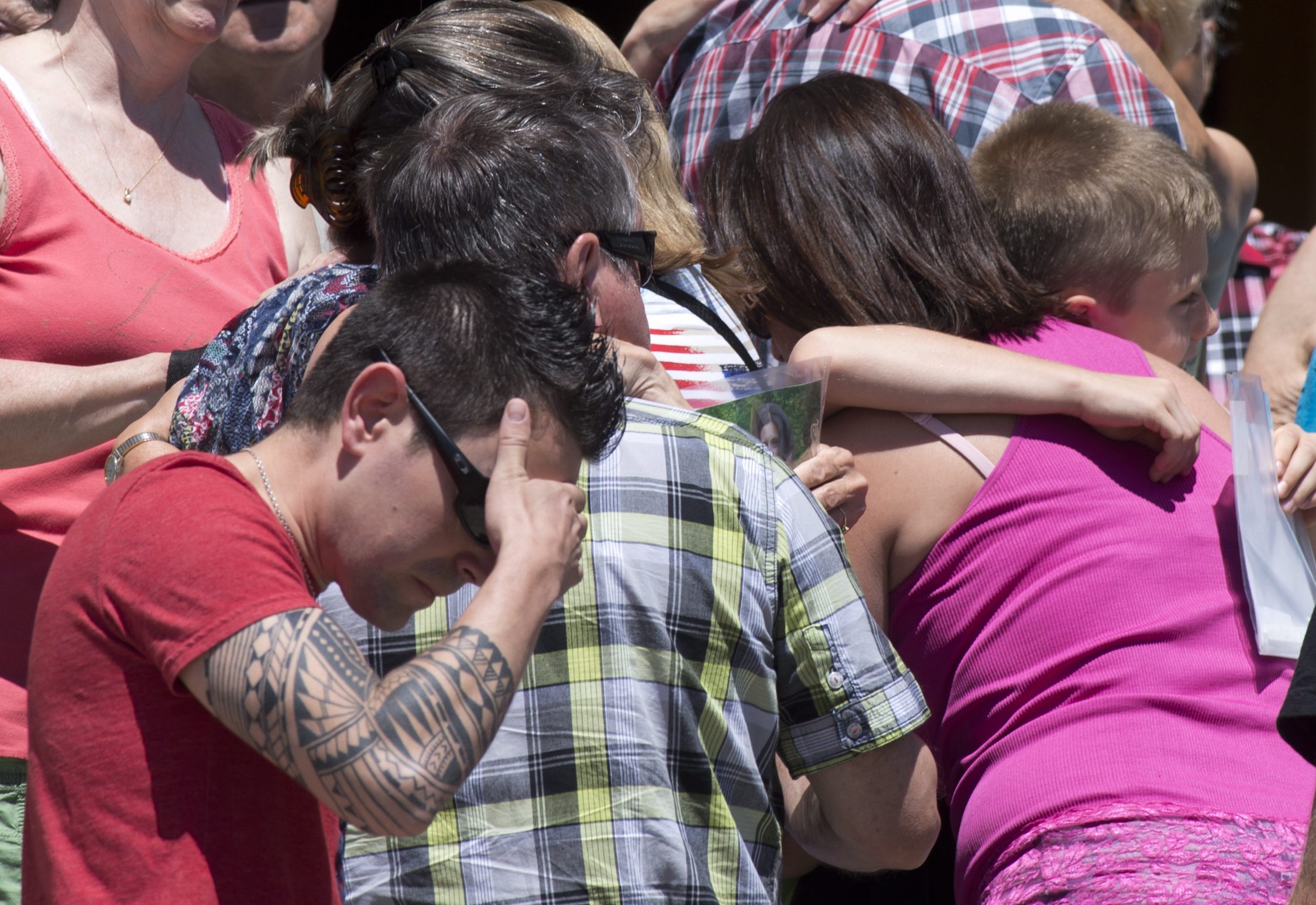 LAC-MEGANTIC, Quebec Church bells tolled 50 times in a small Quebec town Saturday in memory of the 50 people who died after a horrific oil train derailment a week ago.

The chimes at Ste-Agnes Church rang at midday, followed by a minute of silence in the picturesque lakeside town devastated by the runaway train.

Authorities said they have now recovered the remains of 33 people; 17 others are missing and presumed dead.

When the clock struck 1:14 a.m. Saturday morning, it marked one week to the minute that a locomotive and 72 tankers carrying shale oil began slammed into downtown Lac-Megantic after rolling down a slope and gathering speed. The crash and ensuing explosions destroyed homes, businesses, and the Musi-Cafe bar that was filled with people.

The unattended Montreal, Maine and Atlantic train had been parked overnight a few miles away.

The first victim to be identified by the coroner's office earlier this week was 93-year-old Eliane Parenteau. Officials plan to release the identities of seven more vicitims Saturday night and one more on Monday.