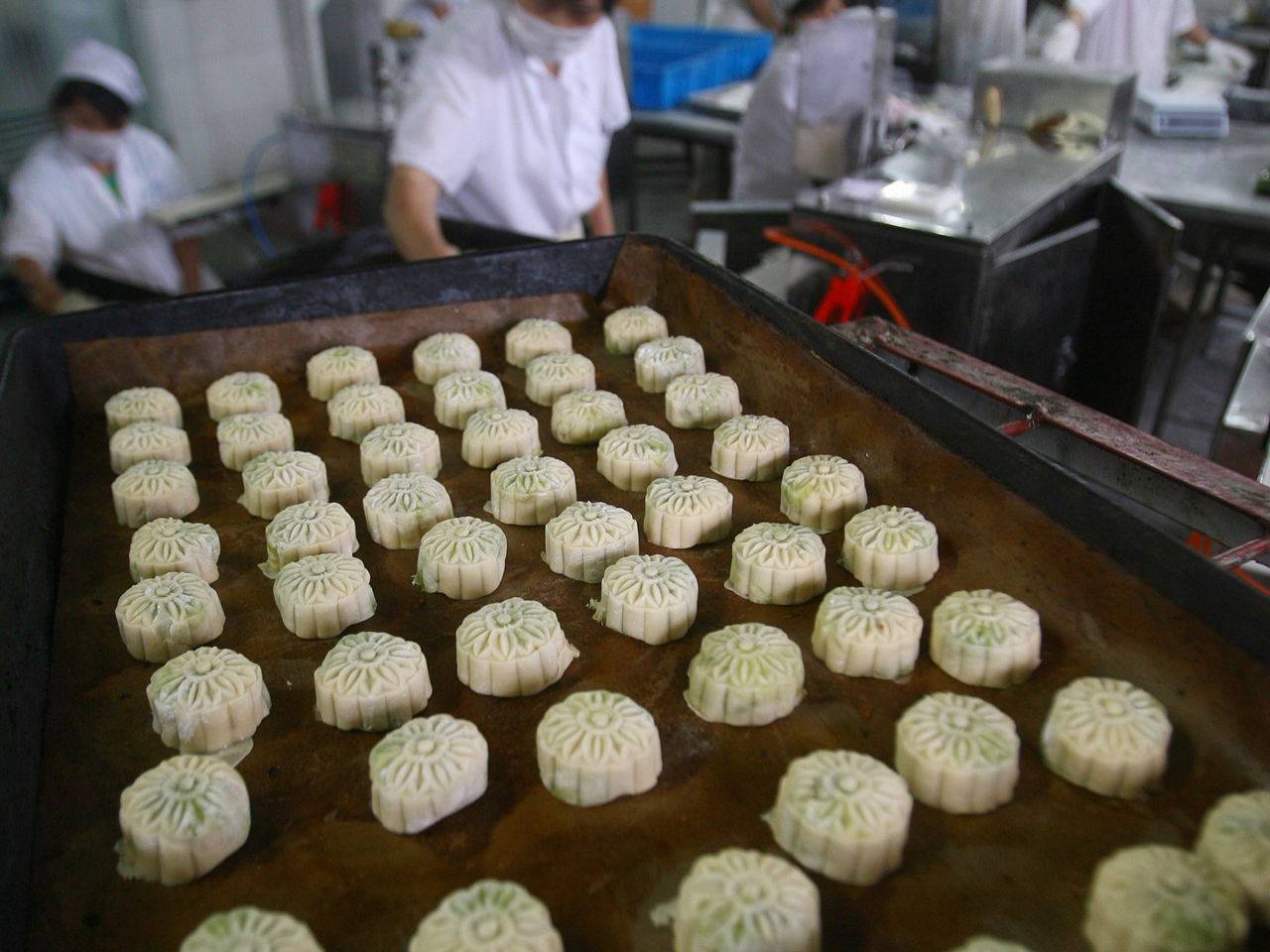 HONG KONG Mooncakes -- the hockey-puck-sized pastries Chinese give each other every year for the mid-autumn festival -- were always more about tradition than delicacy: Some people don't even like them. But in recent years, as corruption eroded confidence in government, the unscrupulous made the dense, calorific cakes even sweeter.

Luxurious boxes of mooncakes can contain far more than the traditional filling of lotus seed or red bean paste and a salted egg yolk symbolizing the moon. Some have rare ingredients such as abalone, shark fins or bird's nest. Gift sets can even include items such as gold coins, top-notch wines, mobile phones and diamond rings.

Now, in an effort to combat bribery and extravagant spending, China's Communist Party leadership has singled out the tradition in its austerity drive. It has banned the use of public money to buy the pastries and associated gifts, dampening demand just as the market hits its usual peak ahead of the Sept. 19 festival.

"Decadent styles have polluted our festival culture in recent years with the sending of increasingly extravagant gifts such as mooncakes and hairy crabs, drifting further away from our frugal virtues," Vice Premier Wang Qishan, head of the party's internal watchdog panel, said last week, according to state media.

Mooncakes -- or, more often, mooncake coupons redeemable at stores -- have been so common as gifts from offices and state-owned companies to employees that a secondhand market has emerged for the vouchers among scalpers in Chinese cities such as Shanghai. But such commerce has dwindled under President Xi Jinping's austerity drive.

"Business is not as good as last year. It's dropped about 60 percent, mainly due to fewer official receptions," said Zhang, a trader who gave only his surname as he hustled for business in a subterranean walkway near a busy Shanghai shopping street.

Xi's effort already has crimped income at posh restaurants after new party rules were brought in at the start of the year curbing spending on food and drink. It's part of his effort to gain support in a country where corruption and a widening wealth gap have become sources of public discontent.

Some 280,000 tons of mooncakes worth 16 billion yuan ($2.6 billion) were sold in China last year, according to the China Association of Bakery and Confectionery Industry. But given the frugality campaign, "we may see a big drop in this year's sales figures," said an official surnamed Yu.

Mooncakes, typically sold in boxes of four, retail at supermarkets for $20 to $50. But offerings have become increasingly lavish to appeal to the growing middle class in China, where there is a strong culture of gift-giving aimed at showing off status and building up goodwill.

Decadent varieties are stoking concern that they're being given in exchange for favors or used for other corrupt purposes, said Hu Xingdou, an economics professor at the Beijing Institute of Technology.

"We can see that gift-giving has been morally degenerated into a dirty means of bribery," Hu said.

Banks and jewelers have even gotten in on the act. In Beijing, the China Gold Coin Co. is offering solid-gold mooncake-shaped ornaments for as much as 19,250 yuan ($3,150).

"Some companies and unsavory businessmen take it up a notch" by giving bribes in the form of mooncakes packaged in gold, diamonds or other jewelry worth tens of thousands of dollars, said Shaun Rein, managing director of China Market Research Group in Shanghai.

Variations include stuffing cash in the packages or including coupons to buy other things, Rein said. He added that Xi's crackdown may be forcing people to opt for more low-key gifts like herbal medicine.

Mooncakes are also involved in a peculiar form of tax evasion at Chinese offices, which give them to employees as gifts. Instead of an actual mooncake, it's common for companies to buy coupons at a discount from manufacturers to be redeemed at shops.

That eliminates the cost and effort of transporting large amounts of food that could spoil in the late summer heat in fancy packaging that could be damaged. But many workers don't actually redeem them, and instead sell them for cash to coupon scalpers like Mr. Zhang for extra income.

"The companies are happy because it's a business tax write-off, the employees are happy because they get money and they don't have to pay income tax," said Rein. "If it's a state-owned enterprise, it's the laobaixing -- the everyday Chinese -- who are bearing the brunt of the costs for these illicit incomes."

Zhang was one of 15 scalpers who set up shop with a stool and sign offering to "recycle" mooncake coupons in the pedestrian passageway near Shanghai's East Nanjing Road. The scalpers were buying coupons for half their face value and selling them for 75 percent.

Zhang, who takes three weeks off his job as a hotel lobby manager every year to trade mooncake coupons, complained that the frugality drive had hurt his business.

He said that when he finds a seller, he usually gets just one or two coupons. "It was often eight or 10 coupons last year."