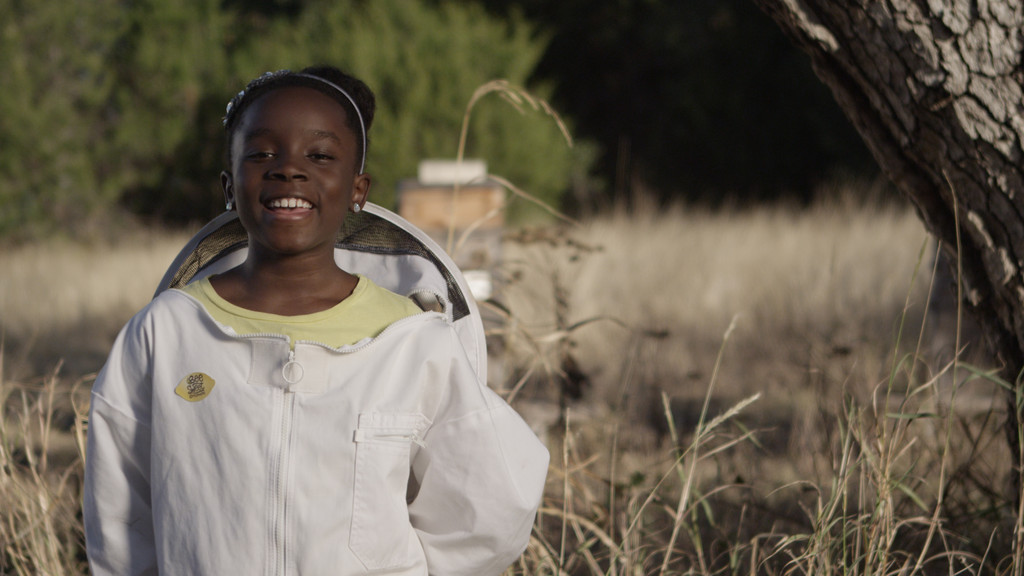 Mikaila Ulmer is a 10-year-old vendor hoping to build a lemonade empire.

She's the founder and CEO of BeeSweet Lemonade, and CBS News correspondent Vicente Arenas reports the idea for her company came when Mikaila was stung by bees when she was just 4 years old -- twice in one week.

"After that I would freak out about the bees -- like overreact -- and then my parents wanted me to do some research so I would be less afraid. And doing that research I found out how incredibly important pollinators they are, and that they were dying," Mikaila said. "And I decided to create a product that helped save the bees."

She dug up an old lemonade recipe from her great-grandmother's cookbook, and added honey -- her way of calling attention to the plight of honeybees.

Beekeepers have reported losing 42 percent of their colonies in the past year. That's the second highest annual loss on record.

Scientists suspect pesticides may be behind the decline, which could threaten our food supply, since bees pollinate crops.

"The pesticides either get into their brain and they can't find their way back to the hive, or they have the pollen with the pesticides and they feed it to the hive and then the whole hive dies," Mikaila said.

She and her family started brewing BeeSweet for local events, then bottling it for a pizza shop. Within a few years they had a company on their hands.

"We donate a portion of the profits we make to organizations that help the bees," Mikaila said.

Some kids her age might not want to give any of their money away, but she's okay with it.

"It's solving a problem in this world. That's what keeps me motivated to do it," she said.

Whole Foods Market heard about her efforts to save the bees and is now selling her lemonade in 32 stores across four states.

Mikaila's family helps her run the growing business that is now on track this year to sell nearly 140,000 bottles.

Even with all this work, Mikaila's parents try to give her time to be a 10-year-old.

"Every weekend she does something that she enjoys. It may be rollerblading this weekend, sleepover this weekend. You create a balance because she is working as hard as she is playing," her mom said.

She said seeing so many people buying and enjoying her lemonade makes her want to grow her business even more. So her work continues, with hopes to create a little more buzz for the bees.