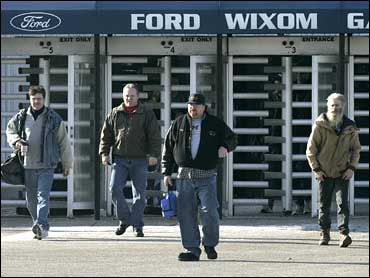 Losing provided Matt Beech with motivation. Winning is providing him with confidence.

Beech, who lost seven straight games as a rookie last year, struck out a career-high 11 in earning his second straight victory as the Philadelphia Phillies edged the Pittsburgh Pirates 2-1 Monday night.

After striking out nine and allowing only two hits to get the win in his last start against Baltimore on June 9, Beech (3-3) surrendered only four hits and two walks against the Pirates.

The Phillies lost the first 14 starts Beech made last year. Throughout the losing, Beech said he kept learning lessons.

"Eventually, after getting my butt kicked so many times, I had to learn from it," the left-hander said. "Hopefully, I'm continuing to learn, continuing to get better."

Pirates manager Gene Lamont said Beech looks like he believes in himself more this season, and that he's throwing the ball harder.

"Beech's control was real good, and it looks like he's built some velocity from last year," Lamont said.

Jon Lieber (4-8) was the hard-luck loser, giving up two runs and seven hits in 6 2-3 innings. The tiebreaking, two-out RBI single he gave up to Desi Relaford in the sixth inning proved to be the margin of victory.

"Lieber pitched well," Lamont said. "He was trying to pitch Relaford tough but he got a pitch up and he hit it to right."

Rico Brogna led off the sixth with a double and Relaford followed with a single to right. Jose Guillen made a strong throw to the plate, but it was up the line and Brogna just avoided the tag attempt of catcher Jason Kendall.

"He hung a slider," said Relaford, who extended his hitting streak to 10 games, tops among NL rookies this year. He went 2-for-3, improving to 14-for-37 (.378) during his hitting streak. "I'm just seeing the ball real good."

The Pirates took a 1-0 lead in the second when Kevin Young led off with a solo homer. It was his 15th homer of the year and his third in the last six games.

Philadelphia tied it in the fourth on one-out doubles by Bobby Abreu and Mark Lewis. But Lieber struck out Relaford and got Beech to hit a soft liner, stranding Lewis at second.

Beech walked the first batter he faced, Tony Womack, but Womack was thrown out stealing for only the fourth time in 28 attempts this season.

Mark Leiter worked the ninth for his 13th save.

Notes: Umpire Eric Gregg, assigned to first base, was a late scratch, replaced by Greg Gibson. There was no immediate word on why Gregg missed the game. ... Philadelphia's Doug Glanville extended his hitting streak to 15 games with a single in the seventh. Glanville had an 18-game hitting streak earlier in the year. ... Two of the four players in the majors who have yet to ground into double play are Pirates Tony Womack and Jermaine Allensworth. ... Pittsburgh's Guillen and Philadelphia's Abreu share the major league lead with 10 outfield assists. ... The Pirates had retired the opposition in order in the first inning in their previous five games before Gregg Jefferies snapped the streak by reaching on an infield single.