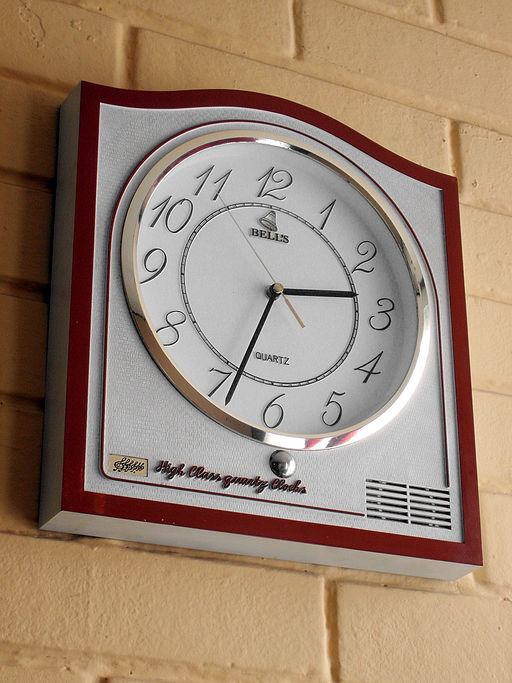 Nobody likes to be late. It's stressful and can trash your rep as a responsible, competent leader or employee. But for some of us, tardiness is a tough habit to break. I spoke to Julie Morgenstern, author of Time Management from the Inside Out about how to make being prompt your new way of life. Figure out which of these 6 tips works for you -- and you may never be late again.

Know why the clock is your enemy

If you can figure out why you're always late, you can actively work to fix the problem. "When someone is always late by the exact same amount of time, like five minutes, that actually is an indication that this is a psychological [barrier]. But if you're late by different amounts of time, you have a technical problem -- for instance, you're bad at estimating how long things take," Morgenstern says.

Be more efficient: 3 tips for leaving the office by 5
3 ways to be instantly more efficient at work
5 executives who log off after work -- and why

Say no to last-minute requests

Your daughter asks you to quiz her on homework three minutes before you need to leave for the office. Or your boss asks you to prepare one last document that will take an hour to finish, 20 minutes before you need to leave for dinner. "Not having the skills to say no to other people can make you late by different amounts of time," says Morgenstern. You can also preemptively strike down these people who throw you off your schedule. "For instance, if someone at work always asks you do to something at 5, go to them at 3 and say, 'I have an appointment at 5. Is there anything you'll need?'" Morgenstern suggests.

Bring a book for the wait

Do you fall into the "always 10 minutes late" camp? You could fear downtime, Morgenstern says: "You're not trying to be rude, but sitting and waiting makes you anxious." So fill that blank slot with something you really want or need to do -- reading a book, calling a friend or returning emails. If you're not dreading staring at the clock, you just might beat it.

Write down your routine tasks in real time

If you're always late by different amounts of time, you could just be terrible at ball-parking the time it takes to do things. Always late in the morning? For three days, time yourself and note how long it really takes to get out the door. "You'll have a better sense of how long things take and you can start to logically compress that time. For instance, you might change your hairstyle or start prepping your breakfast the night before," says Morgenstern.

You're ready to leave, and then you spy one last little task. Morgenstern calls it "just one more thing syndrome," and it as offshoot of the fear of being early with nothing to do (see "Bring a book for the wait"). Resist the urge to squeeze things in right before you leave. "You may also be able to do something en route [on your smartphone]. Get yourself out the door, and then do whatever you were doing while you're on the way," Morgenstern suggests. You'll want to use discretion -- replying to emails might be appropriate if you're jumping into a cab but not if you're hopping into your car and onto a freeway full of traffic.

This is super simple but might do the trick for you. "Set an alarm 30 minutes before you know you have to leave for an appointment. It will break your concentration and give you enough time to wrap up what you're doing," says Morgenstern. Just as long as you don't get sucked into "just one more thing," you'll be golden. Or at least not late.

Leadership lessons of the "London Whale"

Why even great employees get average evaluations