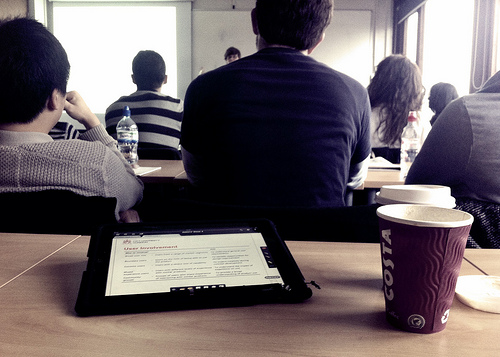 COMMENTARY Lately, the value of college has been hotly debated by economists, business leaders and experts. But for students and parents the question of whether going into debt to get a degree is a good idea isn't merely academic. The outcome of this mental math can mean either a crushing combination of a heavy student-loan burden and few employment prospects or .

The Wall Street Journal charged into this lively conversation this week with an extensive chart of Census 2010 data that shows unemployment rate and earnings for various college majors. Graduates in actuarial science have an impressive 0 percent rate of unemployment and a median income of $81,000, while those with a degree in clinical psychology face an unemployment rate of 19.5 percent and median earnings of a far more modest $40,000.

At first blush, this is hugely helpful information for young people weighing different majors. (Plus, the complete chart is big and fascinating for anyone interested in the economics of education.) However, do these numbers offer a clear picture of likely outcomes for different courses of study?

Maybe not, argues Gabriel Rossman, a sociology professor at UCLA, in a geeky but thought-provoking post on his blog. He looked at the WSJ data, which also ranks the majors by popularity, and noticed something many readers may have missed:

One thing that struck me: The highest and lowest unemployment rates were dominated by tiny majors. In general, small populations tend to have more widely varying outcomes as a function of standard error, which is why you should always ignore headlines about big jumps in the crime rate for small towns. Anyway, I downloaded the data, generated some plots, and yup, it's your classic funnel.

While many of us may not be as familiar as Rossman with "the classic funnel," the point is clear even for non-data nerds -- with tiny sample sizes the data on rarer majors (hello, actuarial science!) may be statistically unreliable, skewed by a few very successful or very unsuccessful grads.

If you only flip a coin two times and get heads twice it's easy, but incorrect, to conclude that the coin somehow favors heads. If you only ask five actuarial scientists how their careers are progressing (the raw numbers on how many actuarial-science grads were surveyed isn't available; five is just a example) and all are gainfully employed, it may be tempting to conclude that the major is a surefire winner. In fact, the correlation between that degree and full employment may be a fluke.

So what's the lesson here? Basically, take the WSJ data with a grain of salt if you're choosing you're a major, or as Rossman puts it:

Moral of the story, don't change your major from clinical psych to actuarial science just yet. On the other hand, nursing, elementary education, and general education really do appear to be real deal outliers of low unemployment.