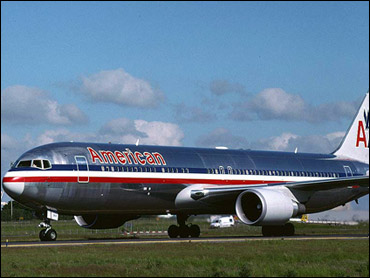 An American Airlines Boeing 767-300 en route from New York City to Europe was diverted Tuesday to a Canadian airport after a fire was reported in a bathroom.

Officials for the airline and the Federal Aviation Administration said Flight 64 landed safely at 7:15 p.m. EDT at an airport in Halifax, Canada, after the pilot declared an emergency due to smoke in the mid-cabin.

The plane had departed from John F. Kennedy International Airport in New York at 5:55 p.m. EDT bound for Zurich.

Halifax Stanfield International Airport spokesman Peter Spurway said the smoke was traced to a fan motor in the bathroom.

All passengers got off safely, but one was taken away by ambulance to hospital, Spurway said.

American was sending another 767-300 to Halifax on Tuesday night to pick up the passengers and take them on to Zurich, Fagan said, adding that the passengers likely would arrive in the Swiss city about eight hours late.