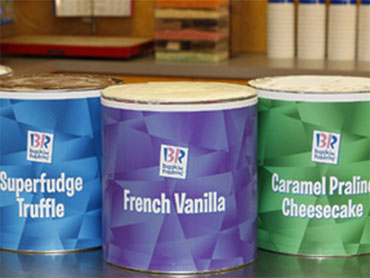 According to Baskin-Robbins, as a celebration for 65 years of 31 flavors they will make room for new flavors on July 15, 2010 by retiring five of its signature flavors to the Deep Freeze.