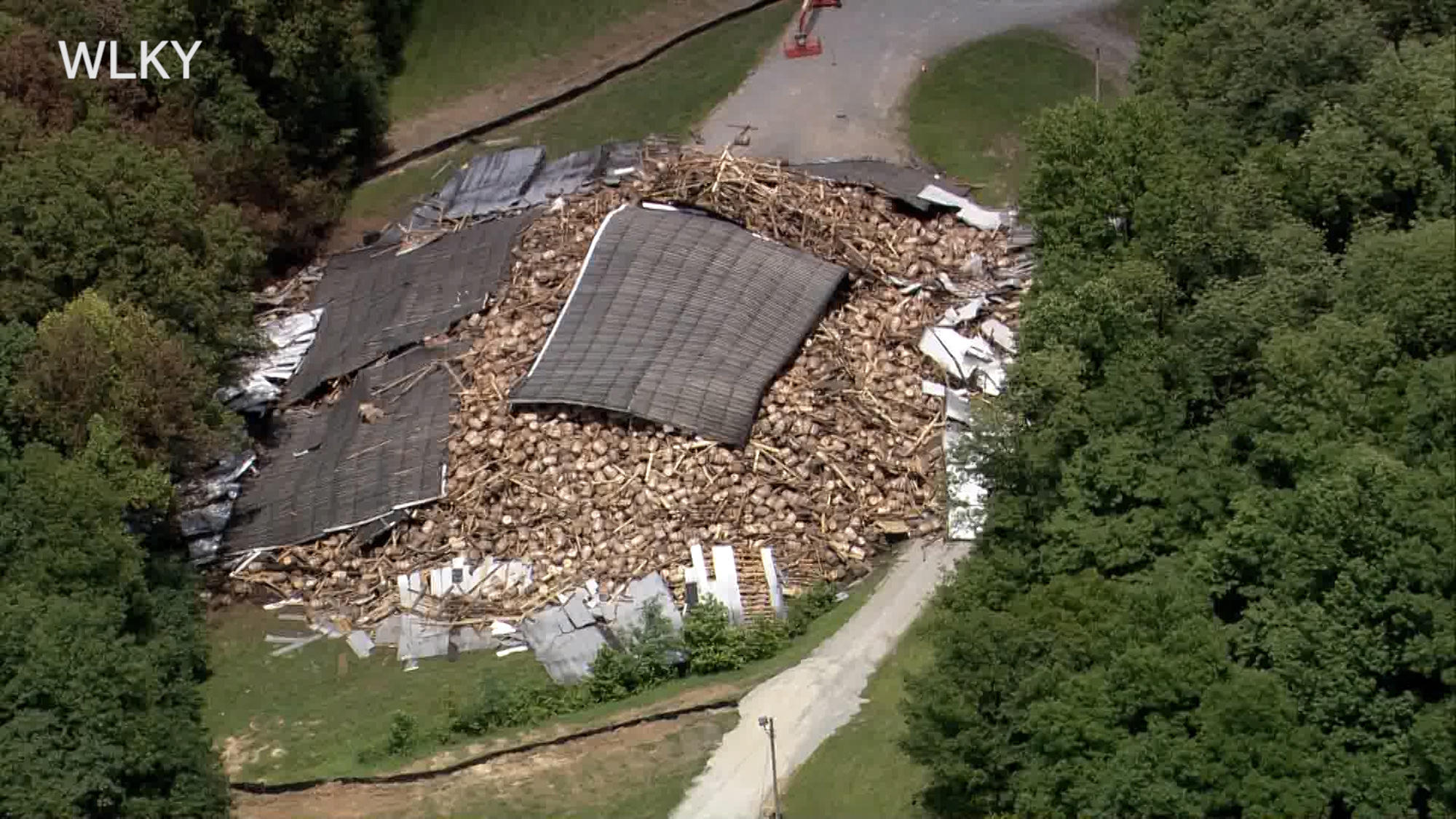 LOUISVILLE, Ky. -- Kentucky officials say the final collapse of a whiskey storage warehouse sent torrents of spirits gushing into retention ponds. A storage structure for aging bourbon for the Barton 1792 Distillery in Bardstown suffered partial structural failure in late June, and the rest of decades-old structure came crashing down earlier this week, leaving thousands of whiskey barrels piled in a mountainous heap.

John Mura, a spokesman for the state Energy and Environment Cabinet, said Friday about 120,000 gallons have been captured in two retention ponds.

The distillery owner Sazerac, a Louisiana-based spirits company, didn't immediately comment on the volume of spirits ending up in the ponds. The company has said it didn't know how many barrels could be salvaged.

Mura says testing has turned up no indication of waterways being contaminated by whiskey spilled in the second collapse.

Following the first collapse, a Kentucky Energy and Environment Cabinet spokesman said Sazerac would be cited for failing to report the spill of whiskey in a timely manner and for polluting waters. The spokesman said Barton 1792 moved quickly to stop the alcohol from entering the creek but didn't alert the state quickly enough.

Whiskey flowing into a nearby stream and river killed about 800 fish after the initial collapse, officials said. Bardstown is about 40 miles south of Louisville.

Bourbon ages for years in charred new oak barrels, where it acquires its color and flavor.

Kentucky's bourbon sector is in the midst of a more than $1.1 billion boom that includes expanded production facilities, more storage warehouses and new tourism centers. Kentucky distillers have more than 6.6 million bourbon barrels aging, according to the Kentucky Distillers' Association.