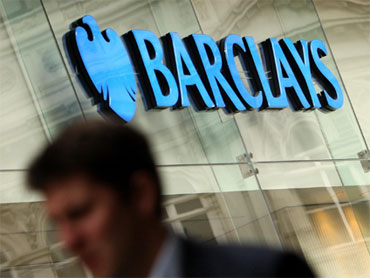 The time for apologies from banks is over, the chief executive of Barclays said Tuesday as he defended the large bonuses earned by some in the industry.

Appearing before a Parliamentary committee, Bob Diamond wouldn't say whether he would forgo a bonus this year as he did in the previous two years.

"There was a period of remorse and apology for banks. I think that period is over," Diamond told the Treasury Select Committee.

"Frankly, the biggest issue is how do we put some of the blame game behind us? There's been apologies and remorse, now we need to build some confidence," he added.

Prime Minister David Cameron's government has signaled that it doesn't contemplate any direct action to restrict bonuses this year.

"We've made a broad statement which is about the need to see some restraint and some responsibility from the banks, but we are not going to set bonus pools for individual banks," The Guardian newspaper quoted a spokesman as saying.

Taxpayers invested billions in rescuing Royal Bank of Scotland and Lloyds Banking Group, which nearly collapsed under the weight of bad loans. Though Barclays remained profitable throughout the financial crisis of 2008-2009, Diamond acknowledged that it benefited from government backing for the financial sector.

Diamond, who took over as Barclays' chief executive this month, told the committee that Britain could not have successful banks without paying bonuses.

"The system needs to be safer and sounder in terms of how compensation works, but it's in the interests of everyone in the country that we shift growth to the private sector," Diamond said.

"I don't agree that I can isolate bonuses and assume that would have no consequences on the rest of the business."

Diamond, who formerly ran Barclays Capital, is one of Britain's best-paid bankers. In 2007, his pay and bonus package was about 21 million pounds ($33 million).

As chief executive, his annual salary will be 1.35 million pounds with bonuses of up to 250 percent of that figure. The bank has said it also intends to award a long term, performance-based share incentive of 500 percent of base salary in 2011.

Diamond wouldn't say whether he intended to accept this year's bonus.

"If I was going to make a personal decision, I would make it with my family as I did last year," he said.