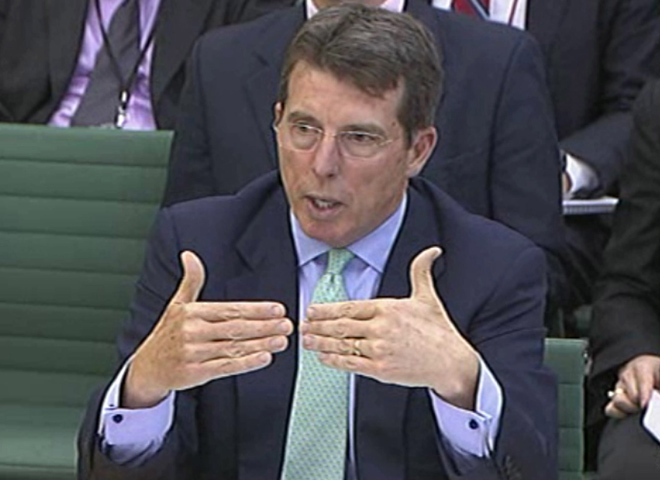 (AP) LONDON - UK bank Barclays has agreed a resignation package with outgoing chief executive Bob Diamond where he will continue to receive his salary, pension allowance and other benefits for up to 12 months but will forfeit a number of bonus awards and incentives, the bank said Tuesday.

Diamond resigned last week after Barclays was fined $453 million by U.S. and U.K. agencies for making false reports of its borrowing costs between 2005 and 2009.

Barclays said Tuesday that Diamond had agreed that all of his unvested deferred bonus awards and long-term incentives would lapse, that he would not receive any future bonus or incentive awards or compensation for the termination of his employment.

Barclays' shares were up 2.5 percent at 167.45 pence following the announcement.

"It is my hope that my decision to step down and today's agreement on my remuneration will help close this chapter and allow Barclays to move forward and prosper," Diamond said, according to the bank's announcement.

The agreement is "something that the board of Barclays welcomes and I am glad that he has done it," Agius told the committee.

Agius has announced his intention to step down as soon as his successor is in place. Meanwhile, he is serving as executive chairman and is leading the search for a new chief executive.