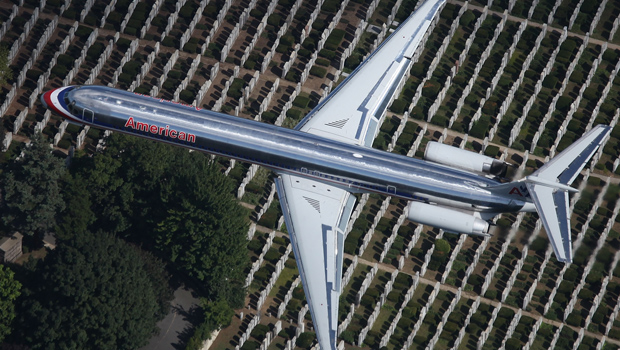 DALLAS The CEO of American Airlines said the company expects to hire 2,500 pilots over the next five years as it ramps up international flights.

"The new American will be doing even more international flying, providing greater opportunities for career advancement and increased income for our people," AMR CEO Thomas Horton said Wednesday in a letter to employees. AMR is American's parent company.

American currently has about 8,000 active pilots.

Horton's letter was issued the same day that American announced it would start new international routes next year. American, which is operating under bankruptcy protection, seeks to capitalize on growth in international travel, especially among high-fare corporate travelers.

The airline wants to show that it can grow on its own, while US Airways (LCC) is pushing for a merger as the only way for both to compete against larger rivals United Airlines and Delta Air Lines.

While the airline plans to hire more pilots, it's lost more staff than it wants to bring on. The company had 14,000 pilots in early 2001 after buying TWA, according to Gregg Overman, a spokesman for the pilots' union, the Allied Pilots Association.

"International routes are high-paying jobs, so that's welcome," Overman said of Horton's promise of new jobs. "Forecasts of growth are better than forecasts that the airline will shrink, but (Horton's prediction) would just be making up a bit of that lost ground" since 2001.

Overman said American has 650 pilots on furlough who would be rehired first and 500 to 600 pilots who are expected to hit the mandatory retirement age of 65 by 2020.

Here are some new international routes announced Wednesday that the company is banking on for growth.

American will also add domestic flights using regional jets that are smaller than the planes typically operated by American. Those routes, starting Feb. 14, will include:

American said it would begin selling tickets for the new flights on Nov. 4.