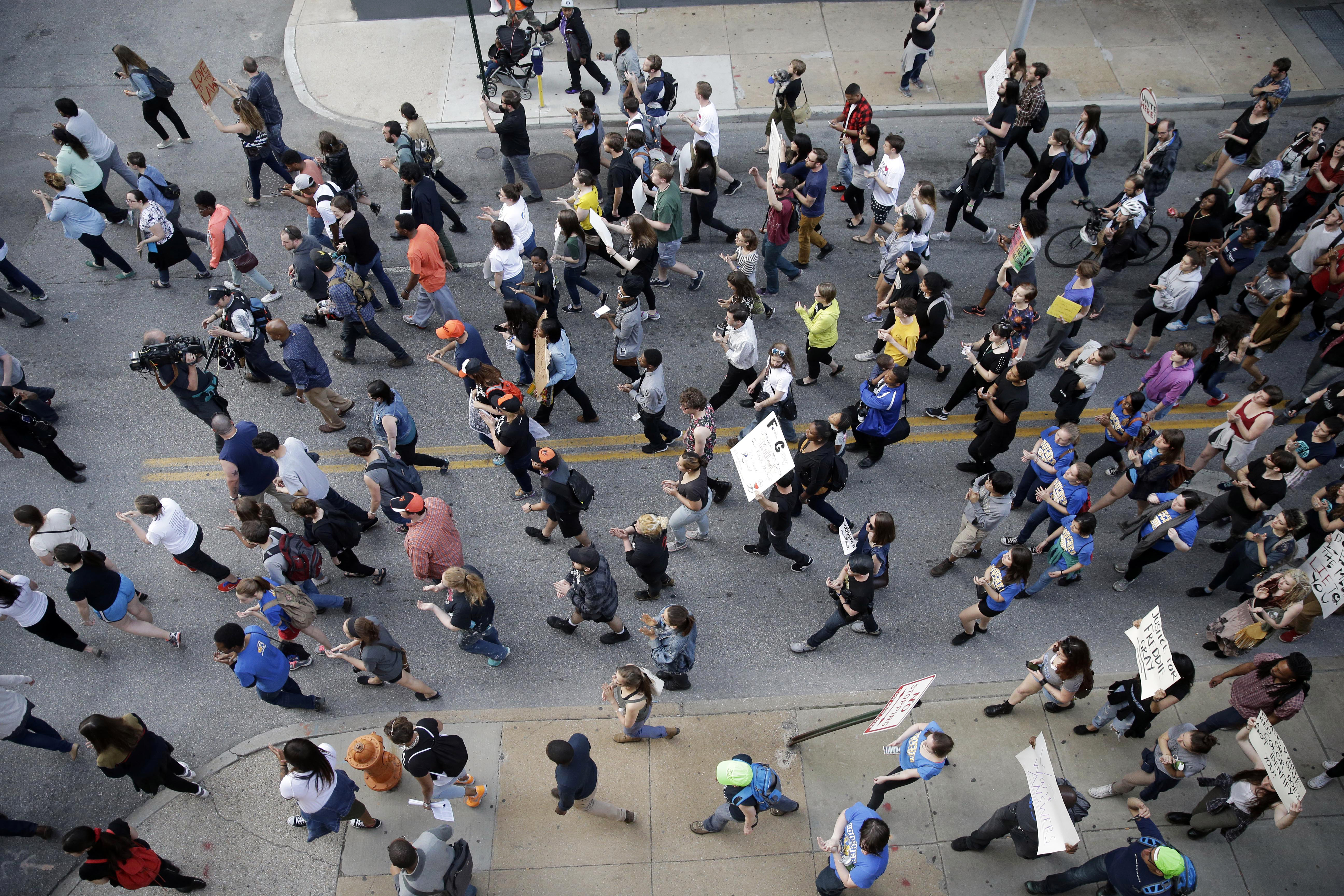 There may be new insight into the arrest of Freddie Gray, as police get a handle on the protests that have shocked Baltimore.

Police plan to release details of their investigation into the circumstances of the 25-year-old's arrest to the local prosecutor Friday. Both agencies are conducting separate investigations, and it's not clear when the results will be made public.

A Washington Post story quotes a prisoner transported in the same van as saying he could hear Gray "banging against the walls" and believed that he "was intentionally trying to injure himself." The other prisoner couldn't see Gray, however, as the back of the van was divided by a partition.

"The second prisoner who was picked up says that he didn't see any harm done to Freddie at all. What he has said is that he heard Freddie thrashing about," Batts said.

The state of emergency in Baltimore brought Congressman Elijah Cummings back to his district and his constituents. He urged them to focus on what he believes is the issue.

"The relationship between the African American community and the police, I believe, is the civil rights issue of this generation right here," Cummings said.

Police in riot gear massed Wednesday on one of the blocks that saw violent rioting and looting on Monday.

"It's a little heartbreaking because that's my community, but I know I have a duty to do, so I plan on doing my duty," Pfc. Dana Williams said.

Thousands of demonstrators moved from Baltimore's Penn Station to City Hall Wednesday, trying to unite "Charm City," and demanding answers about what happened to Gray.

On April 12, 25 year-old Gray was seemingly unable to walk on his own to the police van. He was found unconscious inside that van when it got to the police station.