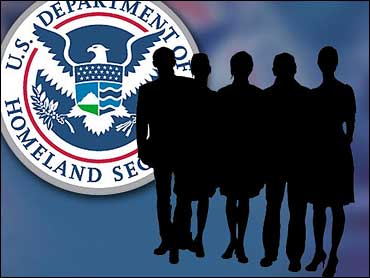 Even as the economy collapsed last year and many financial workers found themselves unemployed, the dozen U.S. banks now receiving the biggest rescue packages requested visas for tens of thousands of foreign workers to fill high-paying jobs, according to an Associated Press review of visa applications.

The major banks, which have received $150 billion in bailout funds, requested visas for more than 21,800 foreign workers over the past six years for senior vice presidents, corporate lawyers, junior investment analysts and human resources specialists. The average annual salary for those jobs was $90,721, nearly twice the median income for all American households.

The AP reviewed visa applications the banks filed with the Labor Department under the H-1B visa program, which allows temporary employment of foreign workers in specialized-skill and advanced-degree positions. Such visas are most often associated with high-tech workers.

During the last three months of 2008, the largest banks that received taxpayer loans announced more than 100,000 layoffs. The number of foreign workers included among those laid off is unknown.

Foreigners are attractive hires because companies have found ways to pay them less than American workers.

Companies are required to pay foreign workers a prevailing wage based on the job's description. But they can use the lower end of government wage scales even for highly skilled workers; hire younger foreigners with lower salary demands; and hire foreigners with higher levels of education or advanced degrees for jobs for which similarly educated American workers would be considered overqualified.

"The system provides you perfectly legal mechanisms to underpay the workers," said John Miano of Summit, New Jersey, a lawyer who has analyzed the wage data and started the Programmers Guild, an advocacy group that opposes the H-1B system.

David Huber of Chicago is a computer networking engineer who has testified to Congress about losing out on a 2002 job with the former Bank One Corp. He learned later the bank applied to hire dozens of foreign visa holders for work he said he was qualified to do.

"American citizenship is being undermined working in our own country," Huber said in an AP interview.

Beyond seeking approval for visas from the government, banks that accepted federal bailout money also enlisted uncounted foreign workers, often in technology jobs, through intermediary companies known as "body shops." Such businesses are the top recipients of the H-1B visas.

The use of visa workers by ailing banks angers Sen. Chuck Grassley of Iowa, the senior Republican on the Senate Finance Committee.

"In this time of very, very high unemployment ... and considering the help these banks are getting from the taxpayers, they're playing the American taxpayer for a sucker," Grassley said in a telephone interview with AP.

Grassley, with Sen. Richard Durbin, an Illinois Democrat, is pushing for legislation to make employers recruit American workers first, along with other changes to the visa program.

Banks turned to foreign workers before the current economic crisis, said Diane Casey-Landry, chief operating officer for the American Bankers Association. The group said a year ago that demand exceeded the pool of qualified workers in areas like sales, lending and bank administration. Now with massive layoffs, the situation is different, Casey-Landry said.

The issue takes on a higher profile as the government injects billions of dollars into the economy and President Barack Obama pushes for massive government spending to create jobs nationwide, on top of the $700 billion already approved for the ailing banks.

U.S. Citizenship and Immigration Services declined to disclose details on foreign workers hired at the banks that have received federal bailouts. The AP has requested the information under the U.S. Freedom of Information Act.

Nearly all the banks the AP contacted also declined to comment on their foreign hiring practices. Arlene C. Roberts, spokeswoman for State Street Corp. of Boston, which has received $2 billion in bailout money, said the company has reduced H-1B hiring in recent years, and just hires for specialized positions.

Jennifer Scott of Yreka, California, a retired technical systems manager at Bank of America in Concord, California, said in 2004 she oversaw foreign employees from a contractor firm that also sent overnight work to employees in India.

"It had nothing to do with a shortage, but they didn't want to pay the U.S. rate," she said, adding that the quality of the work was weak. "It's all about numbers crunching."