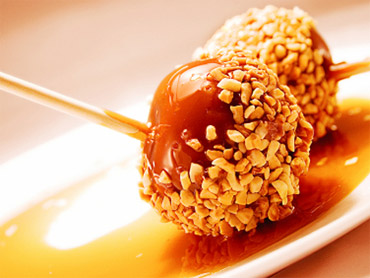 As coalition forces secure Baghdad, civilians are getting caught in the crossfire. That's why the International Committee of the Red Cross decided Wednesday it was not safe for relief teams to move inside the city.

"The situation is described by our colleagues there as chaotic, as unpredictable, and in those sorts of circumstances, we have simply decided that it is too many risks involved for our teams to move around. It's deeply distressing for us," Amanda Williamson, ICRC spokesperson, says in an interview on The Early Show.

A Baghdad team of the ICRC is missing a colleague. Vatche Arslanian, 48, a Canadian in charge of logistics, has not been seen
since Tuesday afternoon. He was taking colleagues home in Baghdad when his vehicle came under fire. One of his colleagues escaped to alarm others, Williamson explains.

"We don't know exactly in which circumstances. And we fear that he was seriously injured in that incident. We've had no news since then. We have tried ourselves to get to the area. But it's simply been impossible to do that for safety reasons. And we're very, very concerned. We really want to try to get to recover him as quickly as we can," Williamson says.

Besides the safety issue, a major concern in Baghdad is the lack of water. "We know that many parts of the city now no longer have access to water," Williamson says.

Water is needed to help stem the spread of such diseases such as cholera, and dysentery. So far the ICRC has not seen any evidence of these diseases, but it's always a very real possibility, according to Williamson.

The ICRC is trying to truck water into the hospitals. However, movement around the city has been strictly restricted due to the active fighting.

Hospital staff members also are unable to reach the hospitals, which are overwhelmed, Williamson says, by the sheer number of patients, both military and civilian.

"The situation is very, very difficult in terms of hospitals, the hospitals are filled," she says. "They are simply overwhelmed with the number of casualties. We had managed yesterday to get to one hospital, which was described as something like a Crimean scene with dark corridors, the hospital without power."

Most of the hospitals are running on generators because power has been cut. Because they have been running longer than they were designed for, the generators are falling apart.

There are four major hospitals in Baghdad that the ICRC is trying to assist. Williamson says the hospitals are OK in terms of medicine because they had ample time to stock up. But they are asking for additional beds and blankets.

Basra has been hit by looting, which according to Williamson makes it a "security" issue for workers. "When you combine a war situation with criminality it adds up to a potentially dangerous situation," says Williamson. She notes the ICRC is trying to work around to help the civilians of Basra and Baghdad.

"We did manage to get to the hospital where they are still pretty much under control. But again, it's very difficult for us to move around, for exactly the same reasons as in Baghdad," she says.