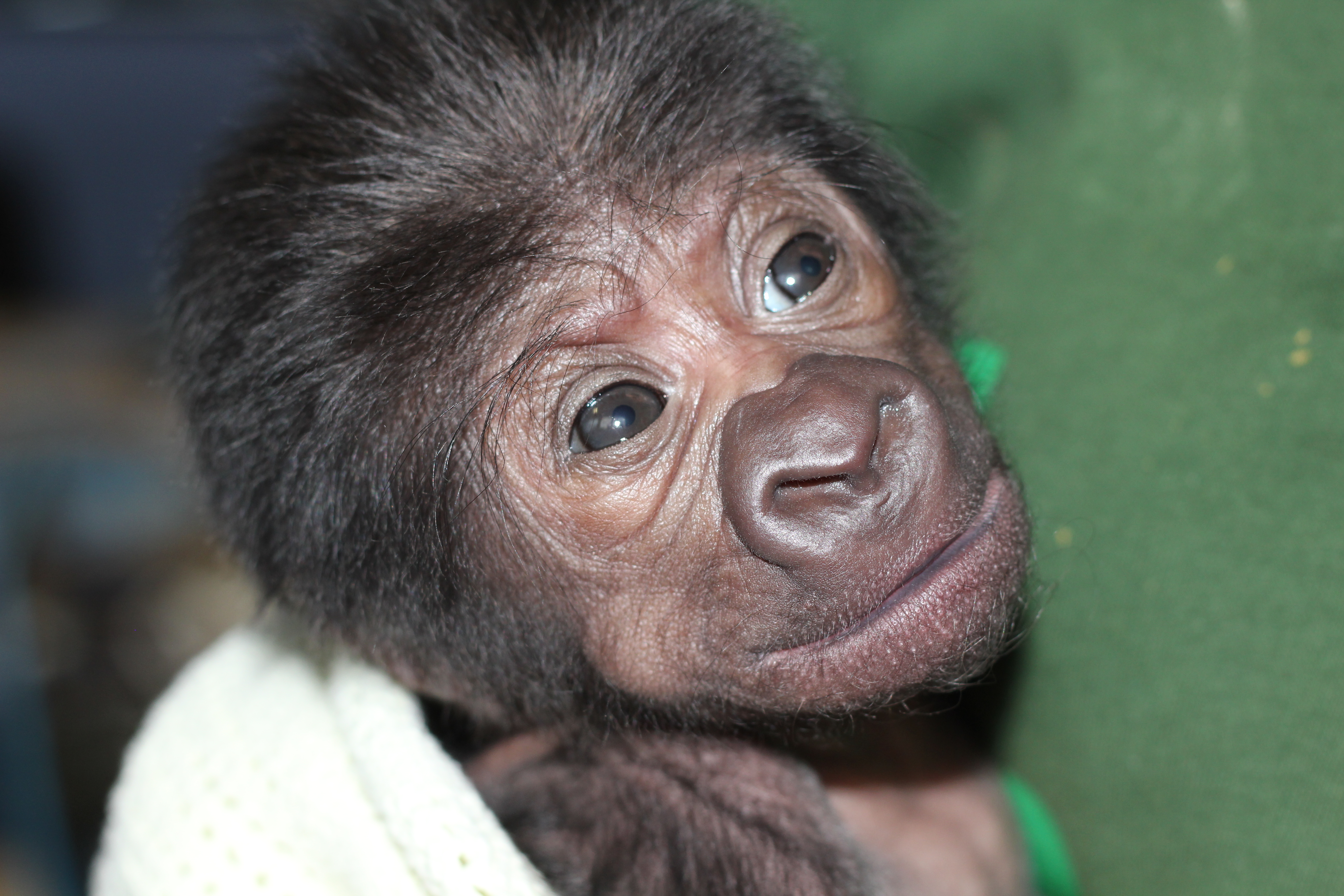 A zoo in the U.K. got a very special delivery this month -- an adorable baby gorilla who was delivered via cesarean section. The gorilla was delivered at Bristol Zoo Gardens on February 12 after her mother, Kera, showed signs of a potentially life-threatening complication called pre-eclampsia, the zoo said.

"The birth of any gorilla is a rare and exciting event, but the birth of a baby gorilla by cesarean section is even more unusual," John Partridge, senior curator of animals, said on the zoo's website. "It wasn't a decision that we took lightly -- Kera was becoming quite poorly and we needed to act fast in order to give the best possible treatment to mother and baby, and to avoid the possibility of losing the baby."

The baby -- who is yet to be named -- weighed just over 2 pounds, 10 ounces. She is said to be doing well now after having some difficulty breathing independently. The zoo's veterinary team is also monitoring Kera as she recovers.

Not only is this the first baby gorilla to be born by cesarean at the zoo, but it marks just a handful of times that a gorilla has been delivered by C-section anywhere in the world.

"Having been involved with the care of these gorillas over the years, with some trepidation and excitement, we were invited to the zoo to assess the well-being of Kera, because she was in late pregnancy and showed some signs of being unwell," said David Cahill, a professor in reproductive medicine and medical education at Bristol University.

Cahill, who is also a gynecologist (for humans), had never done a gorilla C-section before. He said he and his team determined that the operation made the most sense for delivery.

"We also thought that the baby in her uterus was showing signs of being very unwell and in need of delivery," Cahill said. "Along with having my own children, this is probably one of the biggest achievements of my life and something I will certainly never forget. I have since been back to visit Kera and the baby gorilla, it was wonderful to see them doing so well."

The zoo's staff veterinarian, Rowena Killick, helped with the procedure and performed emergency resuscitation on the baby gorilla.

"This was a very challenging operation and we are immensely grateful for the expert help we received which meant we were able to give care at the very highest level," she said. "The baby needed some intensive care immediately after birth and it is still very early days, but we are cautiously optimistic and will be keeping a very close eye on both her and Kera."

The baby gorilla is not on display and the zoo did not say when she might be ready to meet the public.