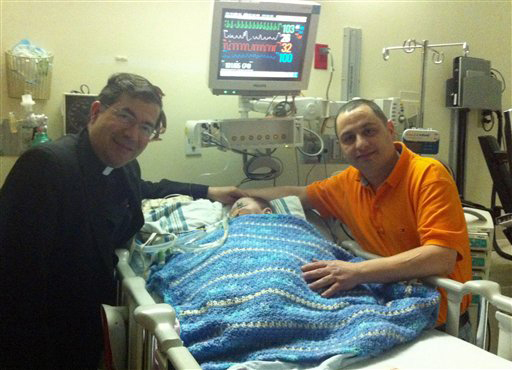 (CBS/AP) An infant at the center of a right-to-life debate in Canada has been moved to a Catholic hospital in St. Louis.

Joseph Maraachli - also known as "Baby Joseph" - is 14 months old and suffers from a neurodegenerative disease. The child had been hospitalized since October at London Health Sciences Centre in Ontario.

Doctors in Canada say the illness is irreversible and wanted to remove Joseph's breathing tube. His parents appealed to Canadian courts, but the hospital's decision was upheld.

What followed was a social media blitz aimed at convincing the hospital to change course. It refused, so the parents reached out to U.S. hospitals. Cardinal Glennon Children's Hospital in St. Louis agreed to accept Joseph.

Late Sunday, a plane carrying Joseph, his father, and the Rev. Frank Pavone of Priests for Life flew to Cardinal Glennon.