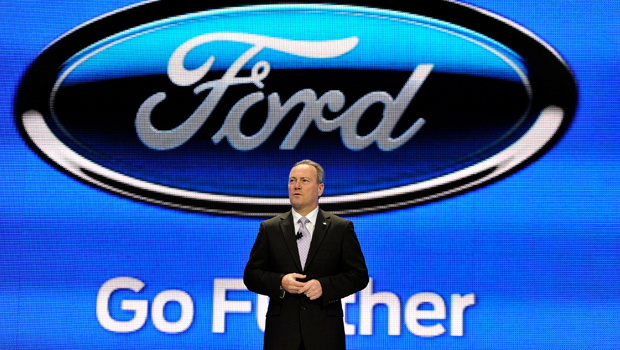 NEW YORK It is still a tough time to be a European carmaker. Profits are falling as idle factories produce more costs than cars. And fewer consumers are buying new cars.

Yet despite the gloom, automakers began the rollout of new models at the Geneva Motor Show on Tuesday, from a pair of hybrid supercars to a sedan to a raft of smaller SUVs. All done in an attempt to lure buyers back - or at least capture their imaginations.

But Europe's carmakers are finding it harder to recover from the collapse of the car market in 2008 than some of their rivals in the U.S. and Asia. Europeans are buying fewer new cars as their economies grow weakly, or not at all.

New car registrations in Europe dropped 8.5 percent in January - more than anyone was expecting - and that is on top of a decline of 7.8 percent overall last year to 12.5 million units.

Even bedrock Germany, the engine of Europe, was suffering: sales were down 9 percent in January and 10 percent in February, putting Europe's largest economy and home to some of the continent's most important mass market below the 3 million mark.

Auto executives are split over when the European car market will bounce back - or whether it will happen at all. Ford (F) Europe's Stephen Odell and Renault's Ghosn put it at least three years out.

But Fiat and Chrysler CEO Sergio Marchionne expects a turnaround as soon as next year but "a lot of it depends on the political resolve of the Europeans to find a way out of the quagmire."

He said the fact that other executives remain pessimistic means that there was too much idle factory floor space.

In the last year, Ford Europe has begun union talks to shutter factories in Britain and Belgium to reduce capacity 18 percent, or 355,000 vehicles, by the end of next year. PSA Peugeot has announced it would cut some 8,000 jobs and close one factory, despite government and union resistance. And companies from Toyota Europe to Fiat are shifting their manufacturing footprint to better capture demand.

But unless European consumers start buying again, the industry remains on a collision course.

Marchionne calculates that Europe's four biggest automakers - Ford, PSA Peugeot, Fiat and General Motors (GM) - made a combined operating loss of $7 billion in 2012. The automakers' global operations have been, in effect, subsidizing the European losses.

"This is a situation that cannot continue forever," Marchionne said Tuesday. "Something has to give." Marchionne said that if consumer demand doesn't return and individual carmakers don't do more to reduce unused factory capacity, which hurts competiveness and margins, "there will be structural failure."

He put the chances at "less than 50 percent," saying he expects there would be state intervention before any player is allowed to fail, but the fact that it was on the lips of European auto executives means the industry is not out of the woods yet.

"I don't see a collapse of a car manufacturer but I see probably more government intervention to prevent employment tragedies," he said.

To add to Europe's concerns, a new Chinese player was on the Geneva floor. Qoros, a joint venture between Chinese automaker Chery and Idan Ofer of the Israel Corporation, was showing a sedan it plans to begin selling in Europe next year.

"I worry about them all the time," Marchionne said. "They are not going away either. So welcome."