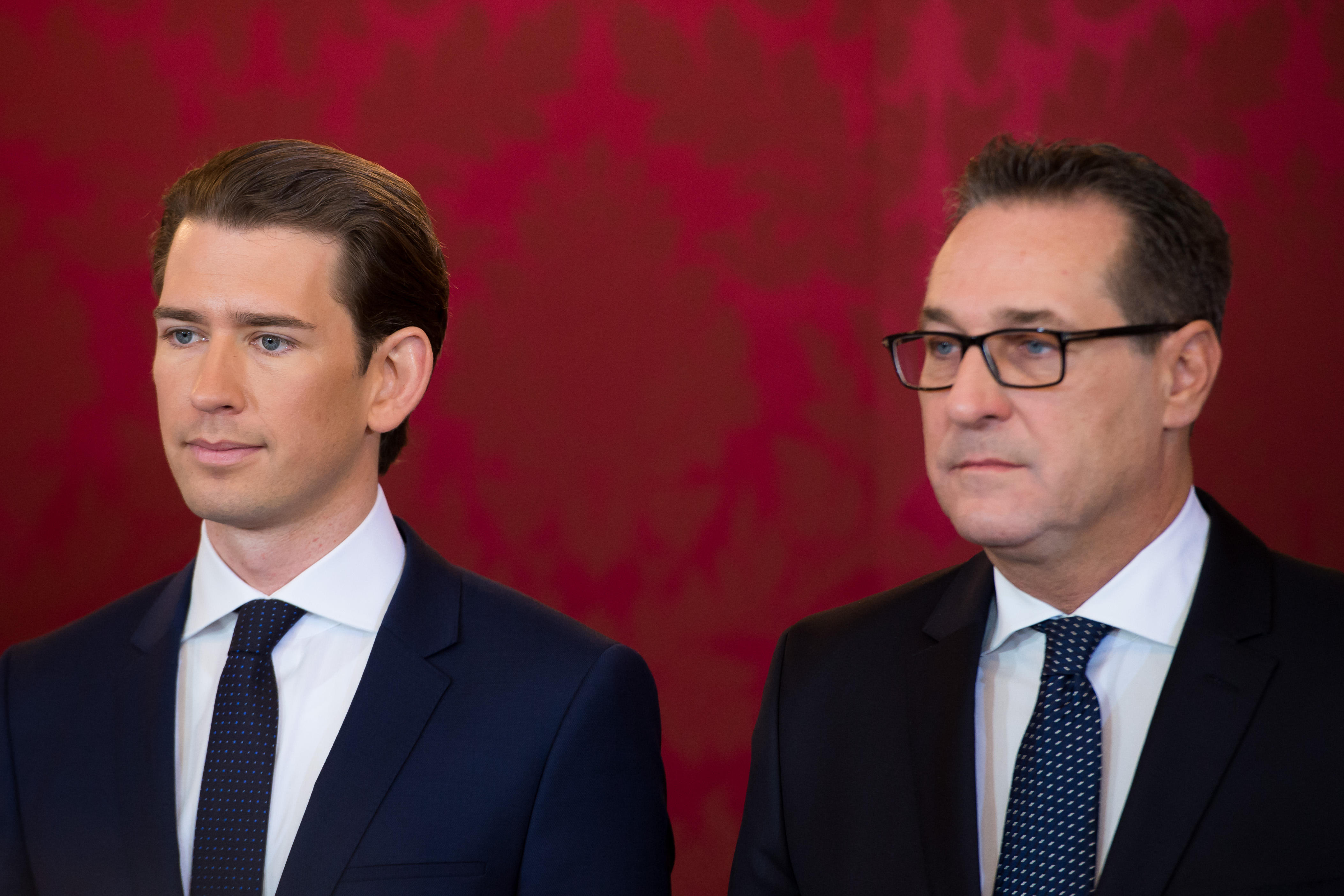 BERLIN -- Sebastian Kurz was sworn in Monday as Austria's new chancellor, making him Europe's youngest leader at age 31, after his Austrian People's Party formed a coalition with the nationalist Freedom Party that is expected to move the country's politics to the right.

About 6,000 people protested outside President Alexander Van der Bellen's office with signs like "we don't want any Nazi pigs" and "Nazis out" as Kurz and his new Cabinet were sworn in, the dpa news agency reported.

The two parties have pledged to tighten the country's asylum and immigration regulations while maintaining a firm commitment to the European Union.

Kurz has moved his traditionally centrist party to the right, particularly on the issues of migration and Muslims, but has avoided the inflammatory rhetoric of the Freedom Party, which itself has publicly disassociated itself from decades of covert anti-Semitism, but continues to attract a neo-Nazi fringe.

Political opponents have expressed particular concern that the Freedom Party has control of the important Interior, Defense and Foreign Ministries. Its leader, Heinz-Christian Strache, is now vice chancellor.

Kurz served as foreign minister in the outgoing government led by Chancellor Christian Kern, a Social Democrat. He has stressed the importance of a pro-European direction and is expected to continue to take the lead on European issues even though the Freedom Party, which has traditionally been strongly euroskeptic, will have the Foreign Ministry.

Both Kurz's conservatives and the Freedom Party campaigned on the need for tougher immigration controls, quick deportations of asylum-seekers whose requests are denied and a crackdown on radical Islam.

A coalition agreement finalized Friday night pledged to bolster the country's police forces with another 2,100 officers, as well as immigration policies that "can be sustained by the population." The agreement also says asylum should only be offered to people "for the duration of their persecution, who really need Austria's help."

In the new Cabinet, the Freedom Party has five ministers in addition to Strache and a deputy minister.

Along with Kurz as chancellor, the People's Party has seven ministers and one deputy, with responsibilities including the Finance, Economy and Justice Ministries.