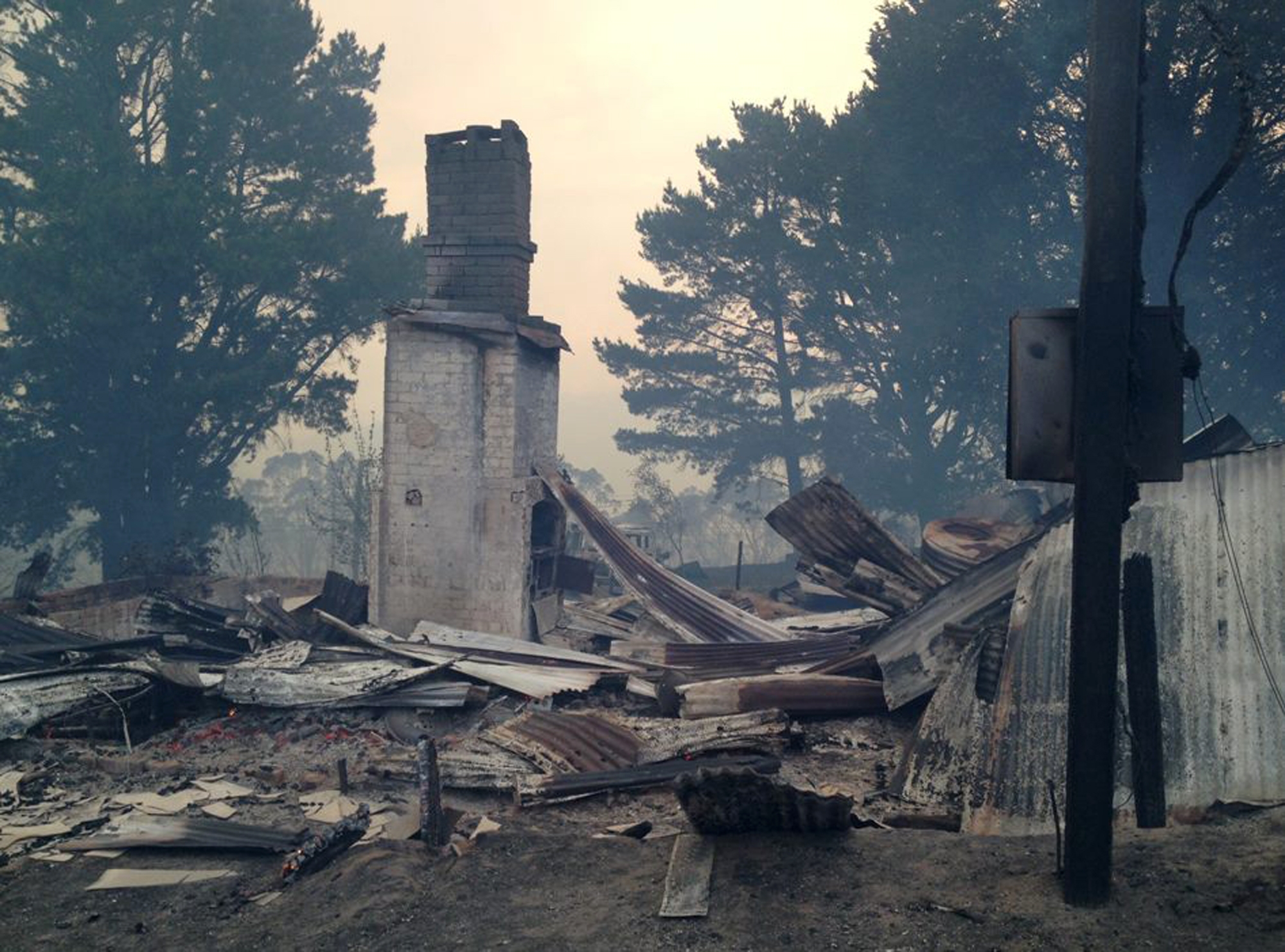 SYDNEY Nearly 100 wildfires raged across Australia's most populous state on Friday, killing one person, destroying dozens of houses and forcing hundreds of evacuations as the nation's annual fire season got off to an unusually early start.

Rural Fire Service spokeswoman Natalie Sanders said the number of fires in New South Wales state had dropped from more than 100 overnight to 94, burning across 330 square miles. But 28 continued to burn out of control, she said.

Roads and schools in the worst-hit areas were closed and fire assessment teams and police were moving into the destruction zones in search of survivors and victims. Officials were trying to determine how many homes were destroyed; Prime Minister Tony Abbott said it could be hundreds, but the exact number was not known.

"I know some information that's been passed to me that just in one street, there were 40 homes lost," Rural Fire Service Deputy Commissioner Rob Rogers told Nine Network television.

Rogers said interstate firefighters were on their way to help fight the blazes, including one burning near the town of Lithgow, west of the Blue Mountains, across a front 16 miles wide.

"It's been an awful 24 hours for the Blue Mountains" region, Greenhill told Nine. "We've lost possibly scores of homes - I can't put the number closer than that."

The Fire Service said a 63-year-old man had a fatal heart attack while he was fighting a fire at his home at Lake Munmorah, north of Sydney, late Thursday.

Two people suffering from smoke inhalation, including a 68-year-old man from Winmalee, were in intensive care at Sydney's Concord Hospital on Friday, hospital spokeswoman Kate Benson said. She had no details on the second victim.

Two injured firefighters were treated and released from a hospital, and another firefighter remained hospitalized Friday after undergoing surgery, Fire Service spokesman Matt Sun said. He had no information on the nature of their injuries.

Wildfires are common in Australia, though they don't tend to pop up in large numbers until the summer, which begins in December. This year's unusually dry winter and hotter than average spring have led to perfect fire conditions.

"We're not called the land of droughts and flooding rains - the sunburnt country - for nothing," the prime minister told reporters in Winmalee.

In February 2009, wildfires killed 173 people and destroyed more than 2,000 homes in Victoria state.

"Sadly, where most of these little red dots were, that's where yesterday morning there used to be houses," Gallacher told Nine.

The fire front was still visible from Winmalee on Friday, but had moved toward the neighboring village of Springwood where homes were evacuated.

Hundreds of residents spent Thursday night in dozens of evacuation centers in the Blue Mountains and elsewhere in New South Wales. Most were unaware of the fate of their houses.

Temperatures west of Sydney were expected to reach around 73 degrees Fahrenheit on Friday - about 18 degrees cooler than on Thursday. Gentle breezes had replaced strong winds.

"It's calmed down a lot since yesterday, but make no mistake: We've got thousands of kilometers of fire front that we are faced with trying to deal with," said Rogers, of the fire service.

"This is absolutely far from being over," he added.