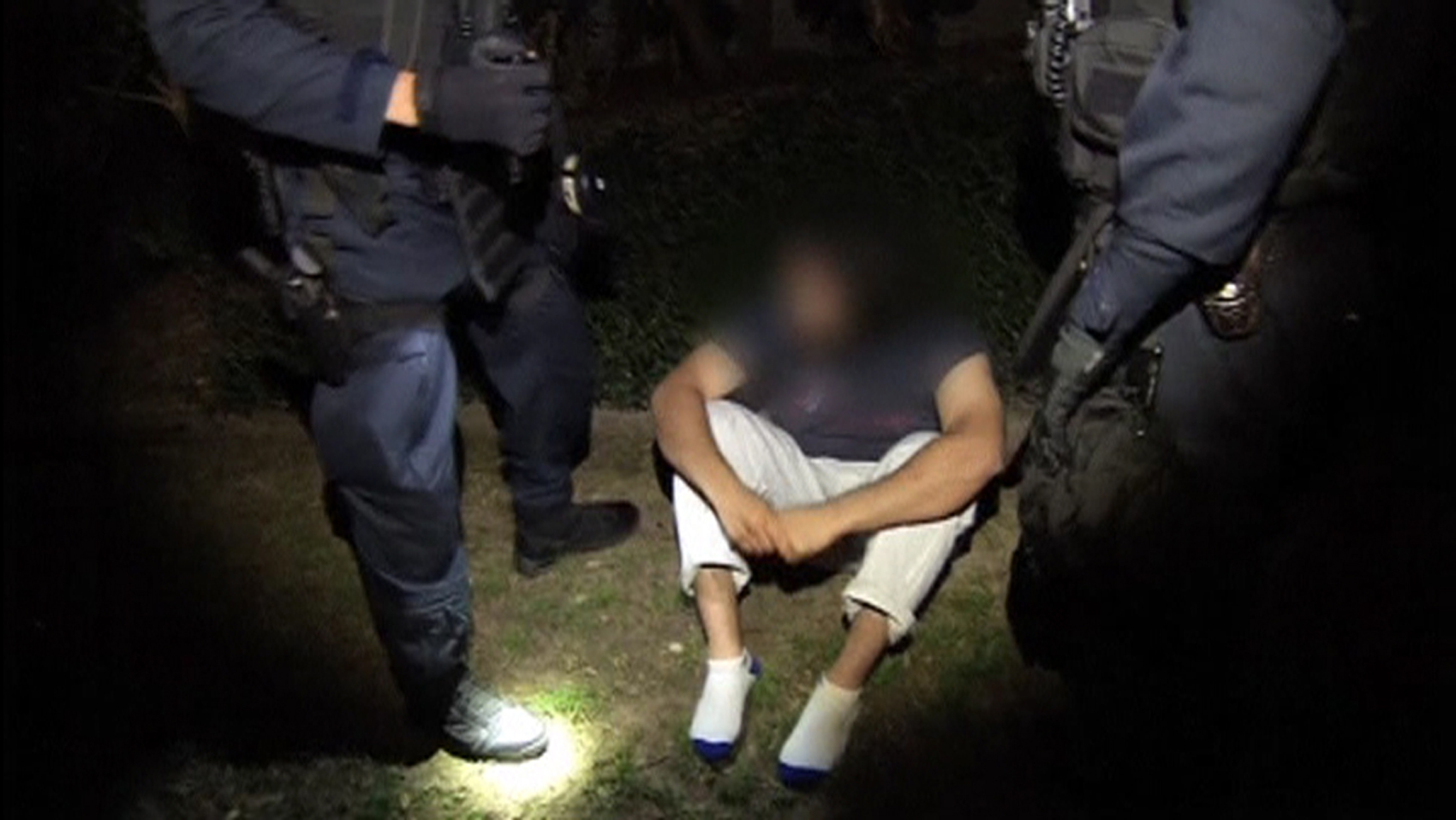 CANBERRA, Australia -- The Islamic State of Iraq and Syria (ISIS) plot to carry out random beheadings in Sydney alleged by police is a simple and barbaric scheme that has shaken Australians. But terrorism experts on Friday questioned whether the ruthless movement had the capacity or inclination to sustain a terror campaign so far from the Middle East.

Police said they thwarted a plot to carry out beheadings in Australia by ISIS supporters after raiding more than a dozen properties across Sydney on Thursday.

ISIS has beheaded three Westerners in the Middle East in recent weeks, recording the brutal slayings to make propaganda videos that have attracted widespread condemnation.

Two of the 15 suspects detained by police were charged on Thursday, officials said. Nine others were freed before the day was over.

But police wouldn't say how many remained in custody on Friday as the investigation continues.

Prime Minister Tony Abbott conceded it was difficult to safeguard the Australian population against such attacks.

"The regrettable reality is that to mount the kind of attacks which ISIL in Syria and in Iraq has in mind for Australia, all you need is a determined individual who will kill without compunction, a knife, an iPhone and a victim," Abbott told Seven Network television on Friday, using an alternate acronym for the group, which now calls itself simply the "Islamic State."

Some terrorism experts saw the plot as a potential shift in ISIS' focus from creating an Islamic caliphate in the Middle East. Others said it is more likely a symptom of policy confusion within a disparate group.

"If you have people coming in from different backgrounds from all these countries, when it comes to policy making, they're going to fight each other, they're going to kill each other," said Samuel Makinda, professor of International Relations and Security Studies at Murdoch University.

"On ISIS, I see no direct threat to Australia or to any other country at the moment except those in the Middle East," he added.

The raids involving 800 federal and state police officers came in response to intelligence that an ISIS leader in Syria was calling on Australian supporters to kill, Abbott said.

It remained unclear, however, what actual links -- other than generic calls for supporters to act -- might exist between ISIS leaders in Iraq or Syria, where the group is based, and the suspects in the Australia plot.

CIA Director John Brennan, speaking Thursday to U.S. lawmakers, said the plot demonstrated the "ability of groups like ISIL to be able to use technology, internet and other things, to be able to communicate, to be able to encourage, incite, recruit individuals to carry out their heinous attacks."

Hundreds of Muslims in the Sydney suburb of Lakemba protested the raids on Thursday night, with speakers accusing the government of exploiting public fear in a bid to get contentious counterterrorism laws through Parliament.

Abbott defended the raids against accusations of overkill.

Abbott said armed police were taking over security at Parliament House in Canberra, because Australian ISIS fighters in Iraq and Syria had been urging their supporters at home to attack the building and government members.

With national grand finals approaching in Rugby League and Australian Rules Football -- among the country's most popular sports -- police have said security will be boosted at sports arenas and other public venues attracting large numbers of people.

Greg Barton, a Monash University global terrorism expert, said ISIS could be starting to direct its global followers to take the fight to their home communities in a bid to usurp al Qaeda's position as the leading global jihadist network.

The movement could eventually mount attacks in Australia like last year's massacre by militant group al-Shabaab on the Westgate Mall in Nairobi, Kenya, that killed 67, Barton said.

It might also become capable of replicating in Australia the London public transport bombings of 2005 which killed four suicide bombers and 52 victims.

"We don't think they have that capacity right now ... so our more immediate threats are things like the Woolwich killing which are very low tech," said Barton, referring to last year's slaying in the London suburb of Woolwich. Two extremists ran a soldier down in a car then stabbed and hacked him to death in public.

"Its power of persuasion at the moment is considerable," Barton said of ISIS. "Whether it's got many followers here in Australia who have much technical nous is not clear."

The government estimates that ISIS has 100 supporters within Australia.

Security authorities are particularly concerned by the dozens of Australian jihadists who have already returned home after fighting for ISIS or al Qaeda affiliate Jabhat al-Nursa, also known as the Nusra Front, in Iraq and Syria. Their combat and bomb-making training could make them potent terrorists.

CBS News' Bob Orr reported Thursday that U.S. officials consider an al Qaeda subgroup attached to Nusra the most imminent threat to America at present. The Khorasan group has evolved, the officials say, into the foreign operations arm of Nusra, focused on plotting attacks against U.S. and Western airliners.

But Clive Williams, a counterterrorism expert at the Australian National University and a former military intelligence officer, said ISIS supporters who can't join the fight because their passports have been canceled on security grounds are more worrying.

Thursday's raids came just days after Australia raised its terrorism threat to the second-highest level in response to the domestic threat posed by ISIS supporters.

Counterterrorism laws allow a suspect to be held without charge for up to 14 days.

One of those detained, 22-year-old Omarjan Azari of Sydney, appeared in court on Thursday charged with conspiracy to prepare for a terrorist attack. Another man faces a lesser weapons charge.

Mohammad Ali Baryalei, believed to be Australia's most senior ISIS member, was named as a co-conspirator in court documents. Police have issued an arrest warrant for him.