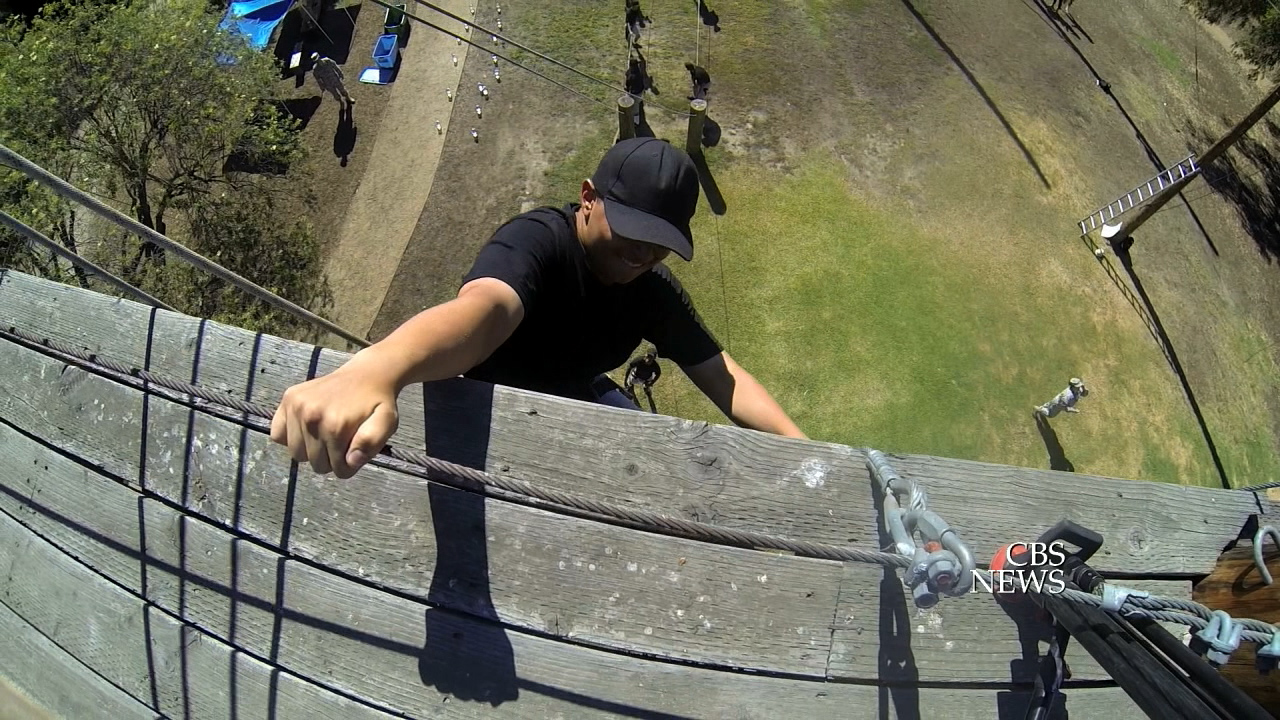 In an ongoing series, "The CBS Evening News" looks at the Youth ChalleNGe Academy program and the cadets trying to turn their lives around. CBS News will follow their progress, giving frequent updates through December. The first segment: National Guard program puts dropouts on a new track.

LOS ALAMITOS, Calif. - On an early July morning, rows of cars and minivans rolled onto the National Guard base in Los Alamitos, California. One by one, teenagers stepped out, there because traditional high school didn't work out.

Their reasons for dropping out vary -- from drug abuse or family issues to bad choices or simply bad luck.

By 8 a.m., scores were lined up, ready to enter what could possibly be their last chance to turn their lives around: Sunburst Youth Academy. Completely run by the National Guard, it's one of 35 such quasi-military high schools that dot the U.S., the product of a 1993 Congressional mandate to tackle the country's high school dropout crisis.

Each of the 16- to 18-year-olds volunteered to come. No one was forced to be there, or stay there. But if they do stay, the chances are high they'll leave with a high school diploma and a desire to pursue greater ambitions. They make up Sunburst's 14th class, and should they make it to graduation, they'll join the more than 120,000 others who have completed the national Challenge program.

CBS News has followed this current class of Sunburst students since they arrived that July day, chronicling their transformation process, from day one to graduation in December. The program boasts a 92 percent graduation rate, but it's by no means a walk in the park.

The first full day, beginning at 4 a.m. with grueling physical training, would set the tone for the next five months. Some of the teens fell out of the lines, some threw up. It was more exercise than many, perhaps all, had undertaken in their entire lives. This kicked off the residential phase of the program, in which students live in barracks, wear uniforms and are subject to military-style discipline. Under strict orders from drill instructors, the students have been enduring a rigorous educational regimen mixed with physical training and life-skills classes. They meet with counselors to assess academic and personal progress. When the residential phase ends, they'll enter the next stage: a year of mentoring services.

Program officials are quick to point out that Sunburst and the other youth academies aren't recruitment vehicles for the military. Only 7 percent of graduates join the military. The rest either continue their education or join the workforce.

But again, it's not an easy path. CBS News will be chronicling the challenges, and successes, along the way. Stay tuned.