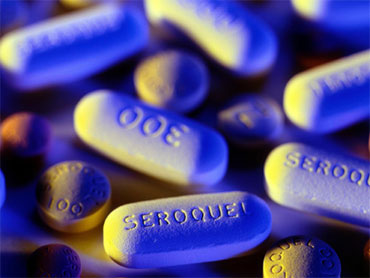 The case involves AstraZeneca promoting Seroquel for so-called "off-label" uses that are not approved by federal drug regulators, including insomnia and psychiatric conditions besides schizophrenia and bipolar disorder.

"As part of this scheme, AstraZeneca was accused of illegally promoting Seroquel to physicians and violating the federal Anti-Kickback statute, all in furtherance of supporting the drug's use for a host of illnesses for which it was never approved," Holder said in prepared remarks released Tuesday. "According to the settlement, AstraZeneca's illegal marketing of the drug led to millions of dollars in false claims against federal and state programs like Medicare and Medicaid."

The fine is the largest amount ever paid by a company in a civil settlement for off-label marketing, Holder said.